Japan's demand for Milo has caused a temporary stop in sales for the product.

Amongst those who were still able to get the product across the country, some of them were more than willing to resell their Milo for a hefty price on their own version of Carousell, Mercari.

Similarly, people can list goods for sale and resale, and in this case, people were listing Milo powder for sale. 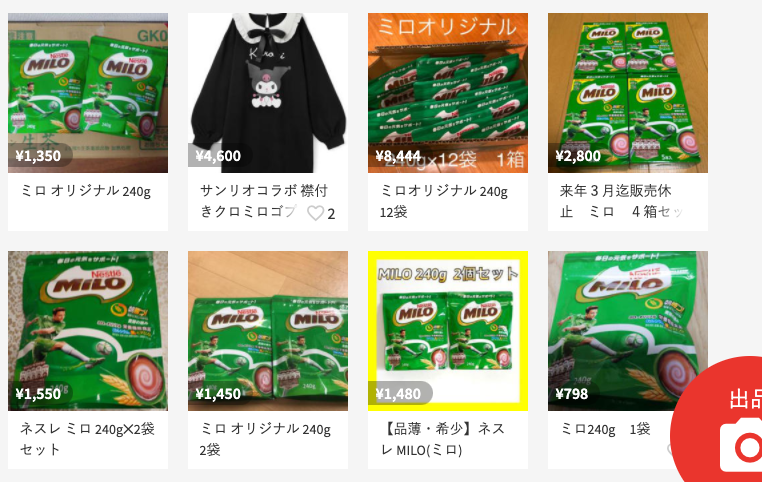 Even then, the normal retail prices are for Milo in Japan are already rather costly; a refill pack of 400g costs only S$3.95 on the NTUC Fairprice website.

With sales of Milo resuming in only March 2021 in Japan, looks like these prices and listing are sure to stay.