[UPDATED on Wednesday, Dec. 9 at 12:38pm: Essec Business School has said that a disciplinary committee has been organised to deliberate on the case.]

A foreign student studying abroad in Singapore faced massive backlash this past weekend after a photograph that she posted on Instagram for Chinese New Year earlier in 2020 went viral for all the wrong reasons.

The student, Louise, has since issued an apology on her now-private Instagram account, and Essec Business School, where she studies, has said that they are "looking into the situation".

On Friday (Dec. 4), Instagram user @beforeik.o posted a screenshot of an Instagram story she had made of Louise's post, which showed the French student pulling back her eyes with her fingers into a slit shape while wearing a cheongsam.

In an email to Mothership, @beforeik.o shared a screenshot of the original post — which no longer appears to be available — which has a caption in French about soaking up local culture. 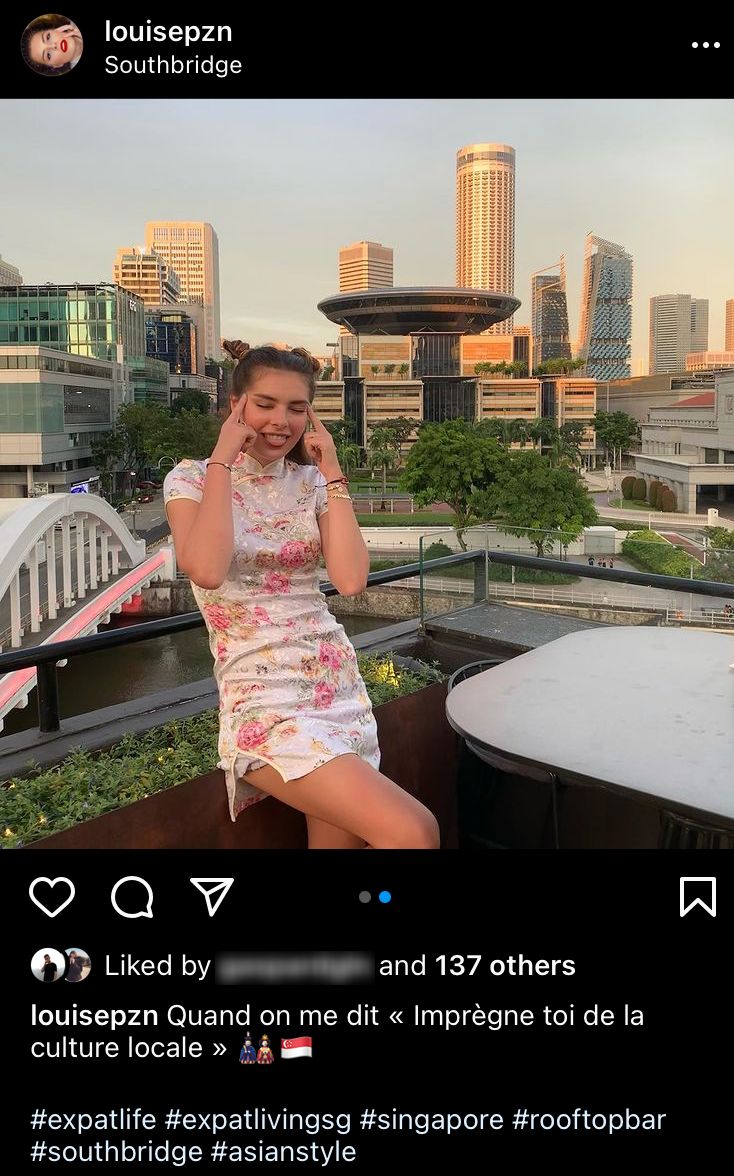 (Editor’s note: A previous version of this article attributed a caption involving "ching chong" to the above photo. We have since corrected this to reflect that it was actually the caption of a separate Instagram post.)

@beforeik.o's Instagram post also included a screenshot of another photo posted by Louise for Chinese New Year, which included the words "ching chong" in the caption. 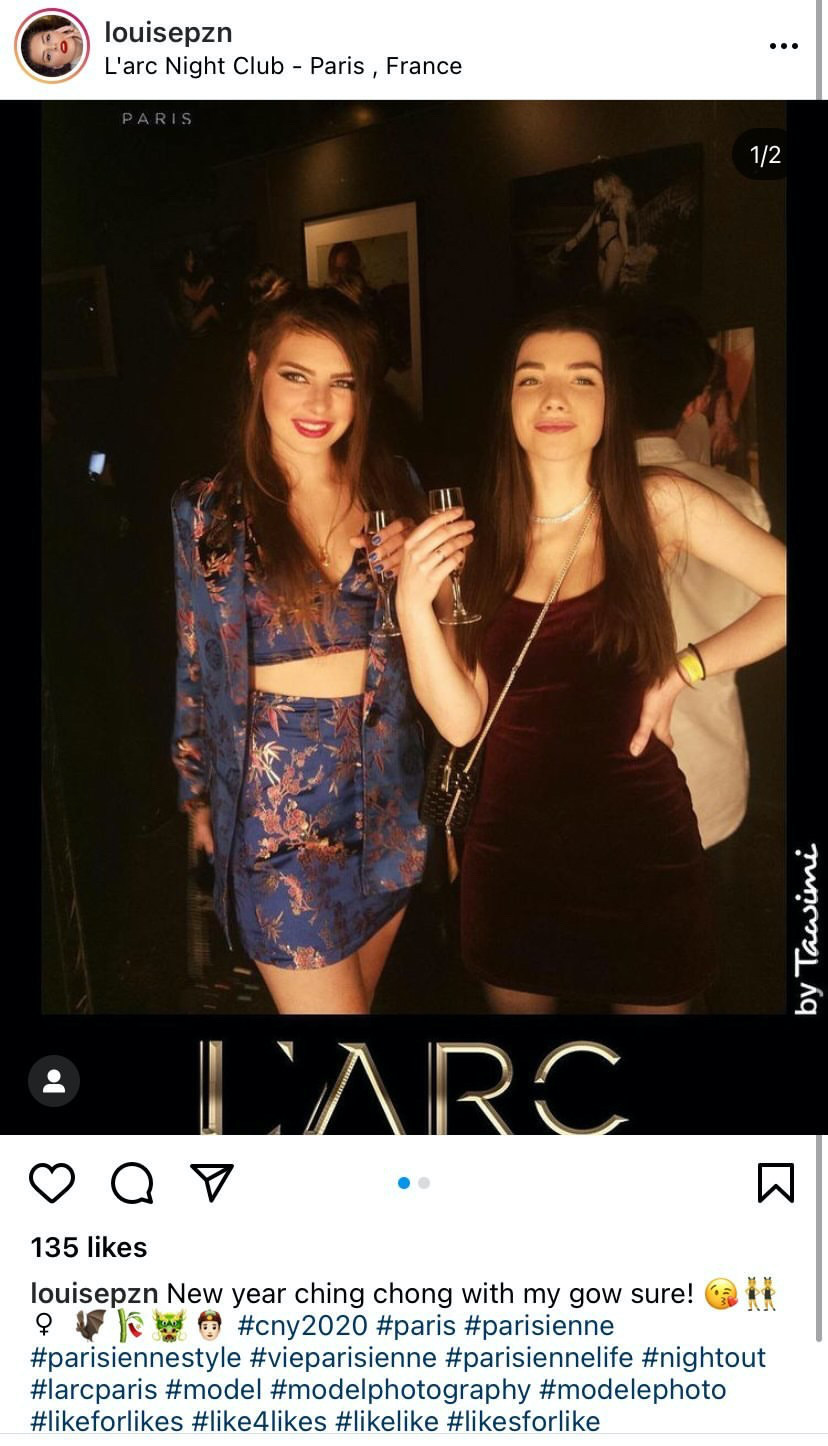 A person also commented, "So chong!! So coronavirus!!"

Within three days of posting, @beforeik.o's post has garnered more than 45,000 likes and more than 2,000 comments on Instagram.

"I am clearly not racist"

In her Instagram post, @beforeik.o also shared several screenshots of direct messages (DMs) in which Louise claimed that she was "clearly not racist" and that the photo was "just for fun".

Louise pointed to the fact that Chinese people may get surgery on their eyes to have more "European" features, and asked whether that would be considered racism.

"If we are in a world where every picture or answer is turned into racism, it is no living anymore #ExpressionPower", Louise wrote, calling for @beforeik.o to be more "open minded".

@beforeik.o replied that Louise should educate herself, remove the post, and apologise "before this whole thing blows up".

Louise, however, doubled down and claimed to have a master's degree, as well as a diploma from Harvard University about ethnicity in the workplace.

"If you want to see racism in this picture, it is only on your and only your mind... this kind of reaction is from stupid AND without knowledges people."

An email was also sent to Louise's school, Essec Business School, about their student's behaviour.

On Saturday (Dec. 5), the official Instagram page of Essec Business School commented on @beforeik.o's Instagram post, writing that they are "looking into the situation and will take appropriate action".

Responding to Mothership's queries, Essec Business School said that a disciplinary committee is being organised "to deliberate on the case in line with the school's formal rules and process".

All students are required to sign the school's Charter for the Respect of Others when they enrol.

She said that it was not her purpose to hurt the Asian community, and that "I know (sic) realize that what I did was wrong and disrespectful, I regret it."

"I sincerely apologize to everyone who felt injured by my behavior! I didn't intend that. A sincere sorry to all of you..."

In an Instagram story responding to Louise's apology, @beforeik.o called the apology "pretty pathetic, grammatically incorrect and insincere but an apology nonetheless".