A large tree fell down at a Toa Payoh outdoor car park on Sunday morning (Dec. 13).

The tree apparently landed on multiple vehicles, and crushed at least one car, according to photos that have surfaced online.

According to a resident who lives nearby, the incident happened at around 7am.

The resident, who lives on the seventh floor of a nearby block, told Mothership that he heard a loud noise while preparing for his morning walk.

By the time he reached downstairs to investigate the cause of the noise, the tree had already fallen.

According to the resident, the tree is around five decades old.

When Mothership arrived at the scene at around 2pm, the tree was in the process of being removed.

A large group of workers could be seen at the scene, cutting up the remains of the tree into smaller pieces to facilitate its transportation. 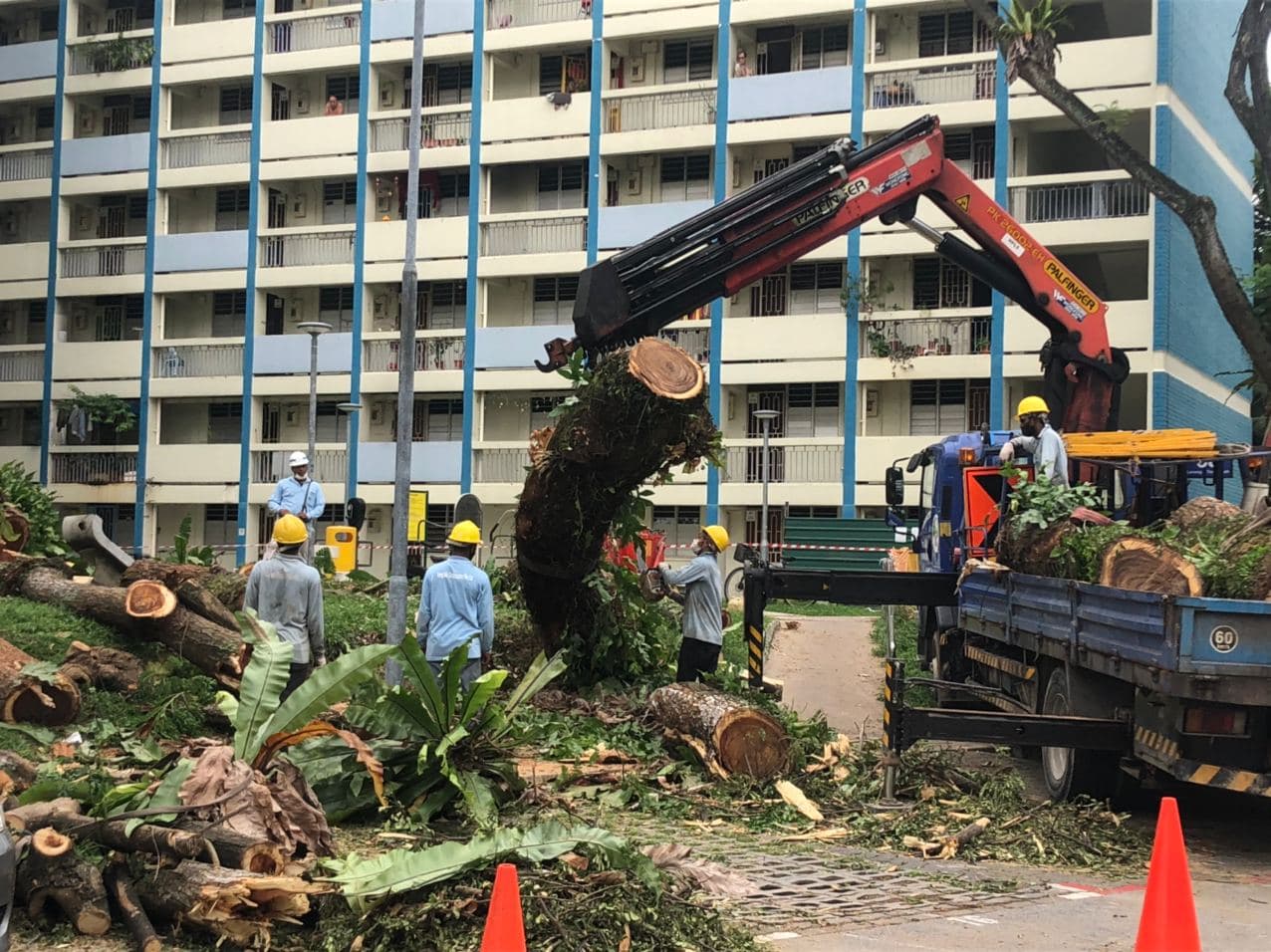 The tree is likely to be extremely old, given that the width of the tree is comparable to the height of a person.

Although it is unclear how tall the tree was before it fell, the surrounding trees are approximately eight stories tall, which allows one to estimate the tree's height.