Following the recent unprecedented high demand for Milo in Japan, the product was sold out throughout the country.

To thank fans for their support and also to apologise for the inconvenience caused when the drink was sold out, Nestle Japan announced a Twitter campaign on Nov. 20 in which they would give out 1,000 "original Milo mugs" to their followers.

Unfortunately, the drink will not be included.

The drink appears to remain quite popular in Japan.

Many Twitter users replied to the tweet to say how much they love the malted chocolate drink. 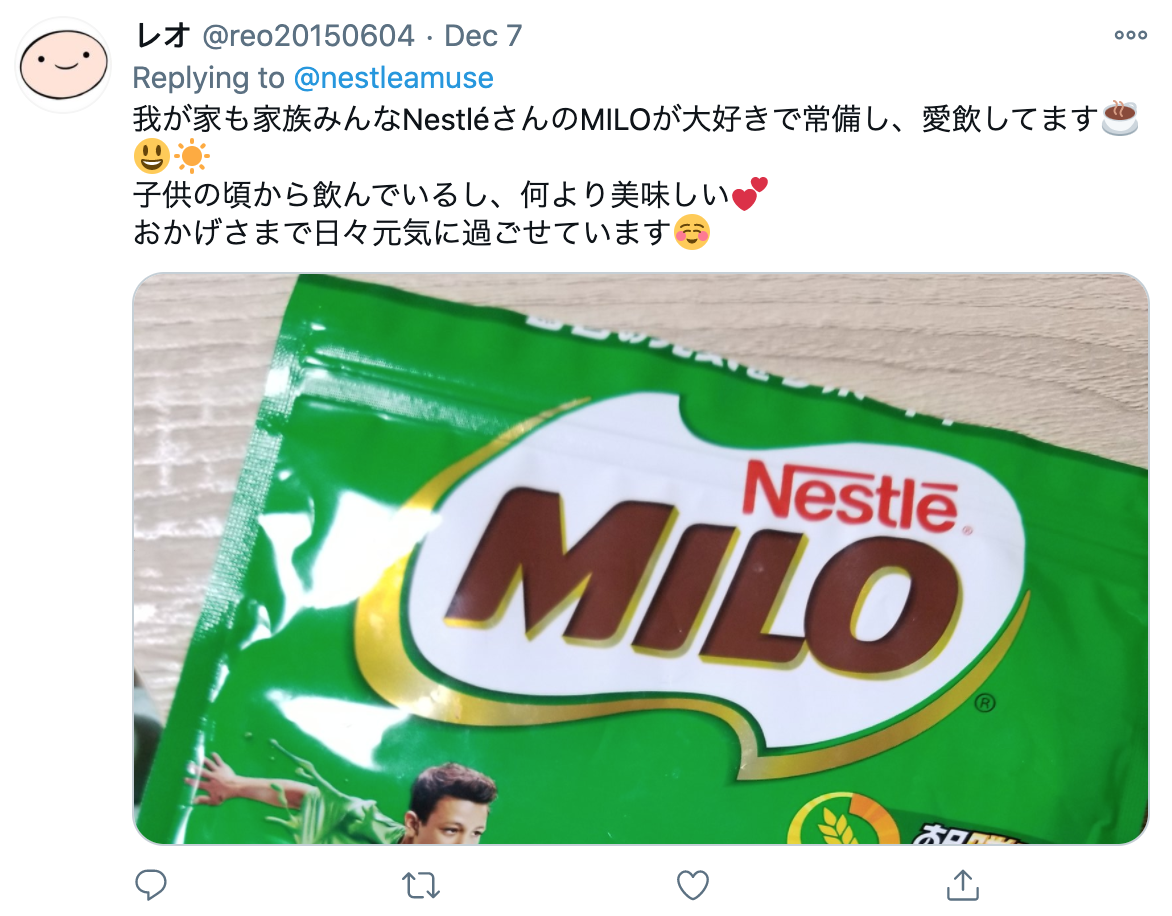 "My whole family loves Milo, so we always buy and drink it. I've been drinking it since I was a child, and above all, it's yummy. Thanks to you Milo, I'm able to go on my days well." 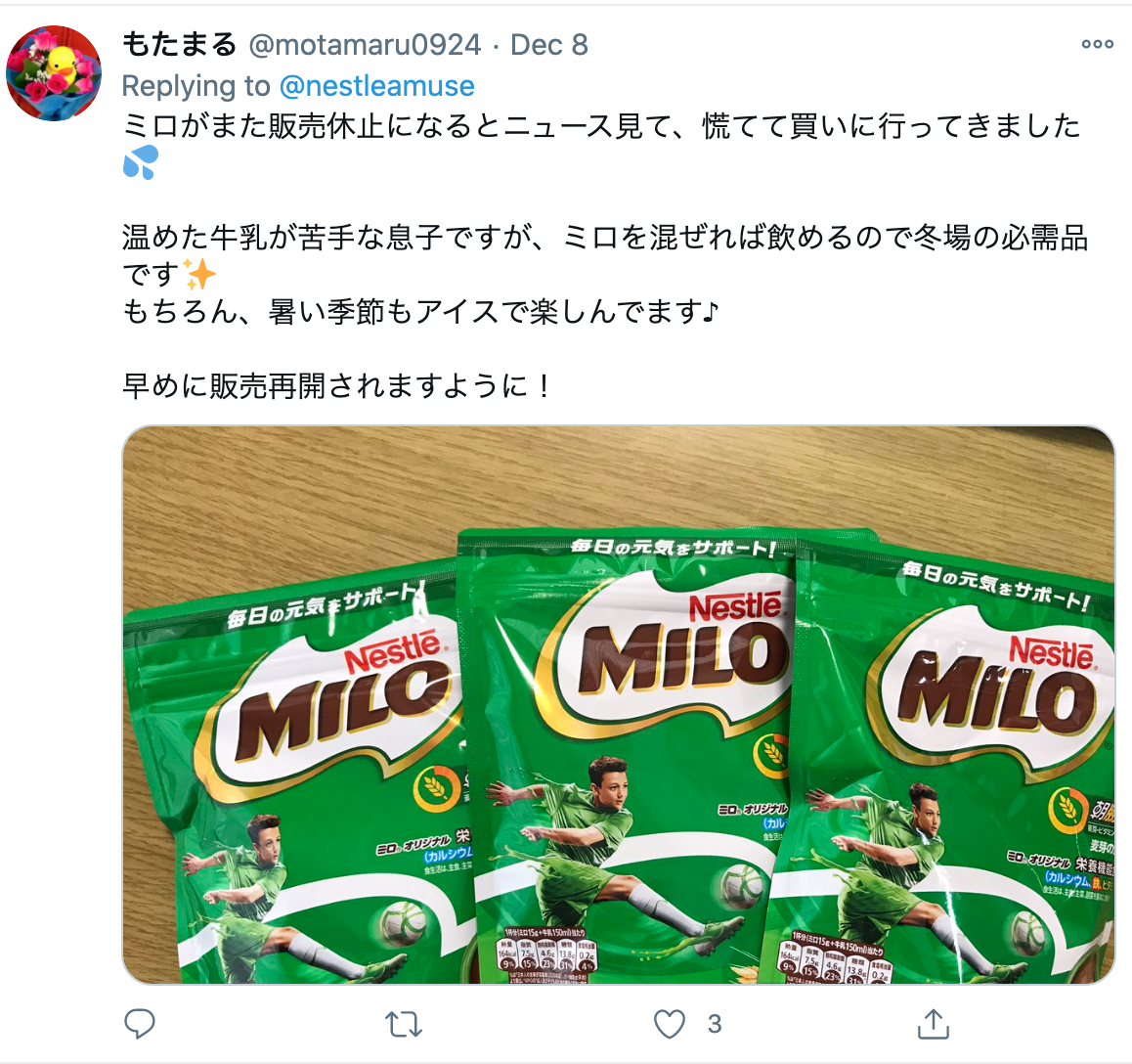 "When I saw the news that the sale of Milo is going to be suspended again, I quickly went and bought some. My son dislikes warm milk, but he is able to drink it once it's mixed with some Milo, it's a must-have item in winter. Of course, I also enjoy it with some ice during the hot season. I hope they would start selling Milo as soon as possible!" 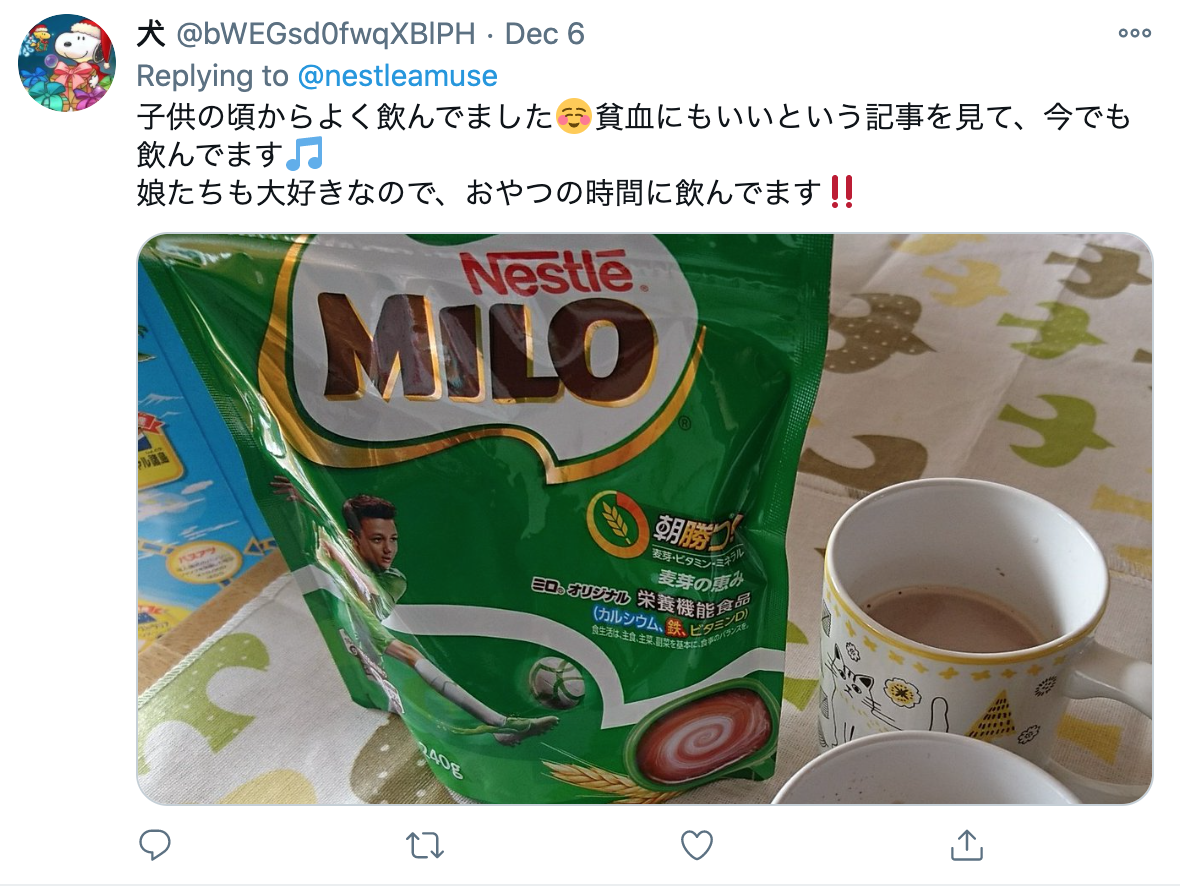 "I've been drinking Milo since I was a child. I saw that the drink is good for those who are anaemic, and I still drink it now. My daughters all love it too, and have it for their snack time!"

One Milo fan even took a photo of her own Milo cup that she had been using since a long time ago. 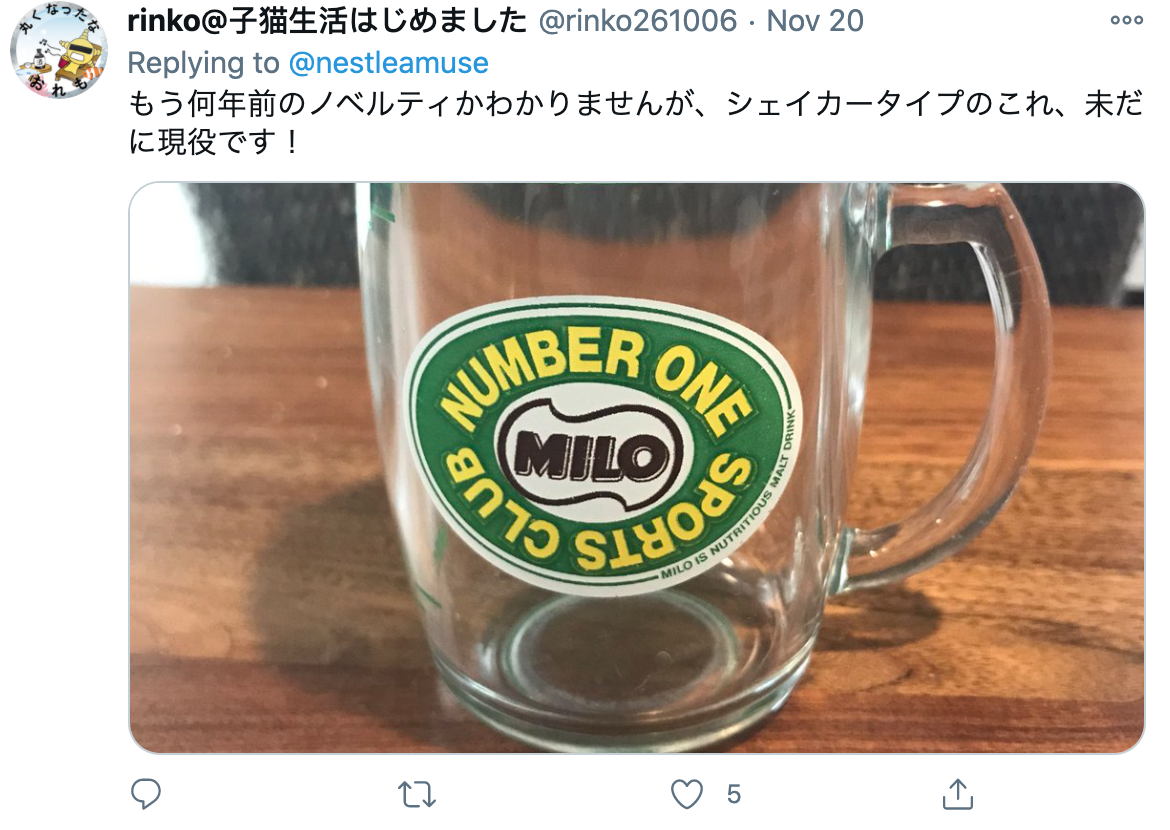 "I don't know how many years it's been since I've had this novelty shaker type, but I'm still using it!"

And this Twitter user said she managed to buy one at the supermarket. 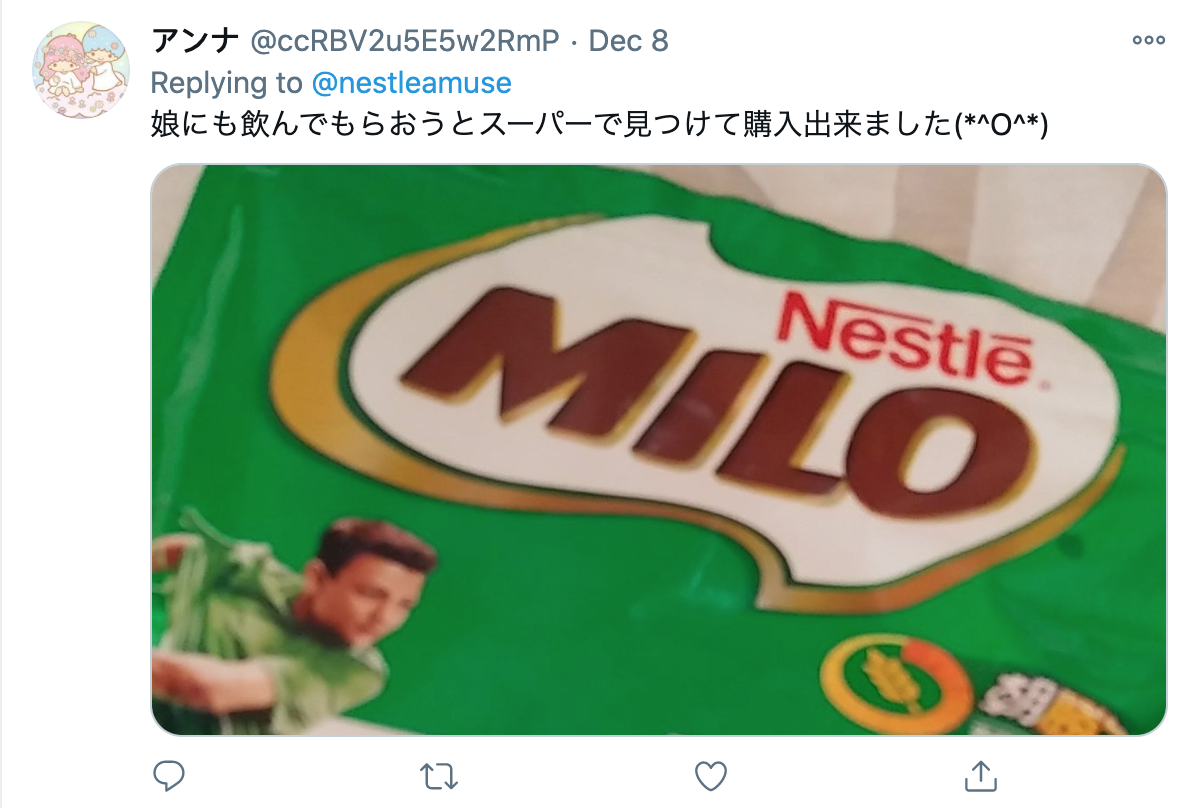