And because the terrace house owners refuse to sell their homes, the property developer has been forced to build around them. 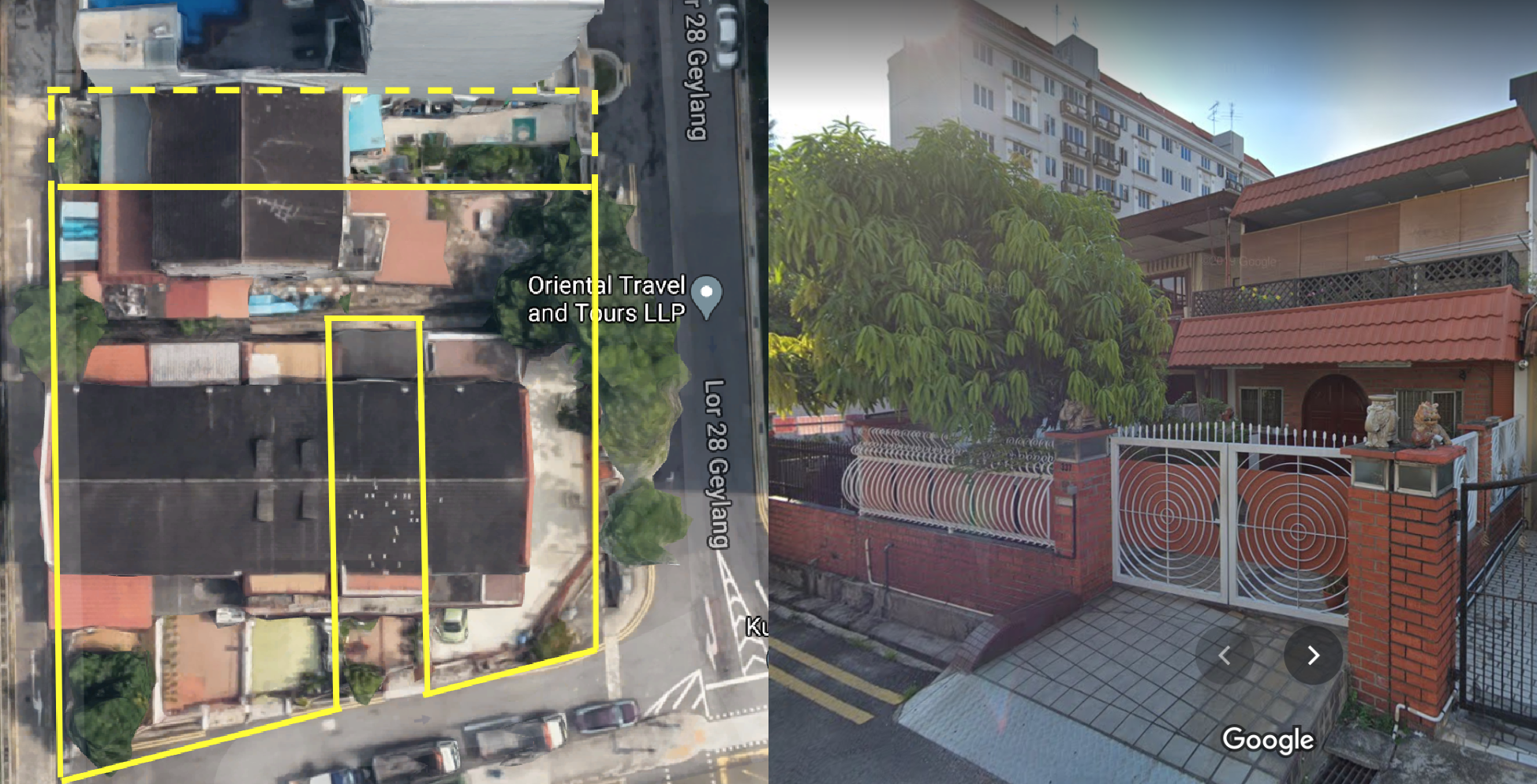 NoMa condominium is a freehold project slated to be completed in 2023.

Four were along Guillemard Road, and one was along Lorong 28 Geylang.

Approval was given by URA to redevelop these houses in 2018.

This is the entire plot of land they intended to acquire:

Because 337 Guillemard Road and 54 Lorong 28 Geylang refused to budge, however, this is roughly the plot of land they have (dotted lines mark out the Lorong 28 unit that refused to sell) Owners who refuse to sell 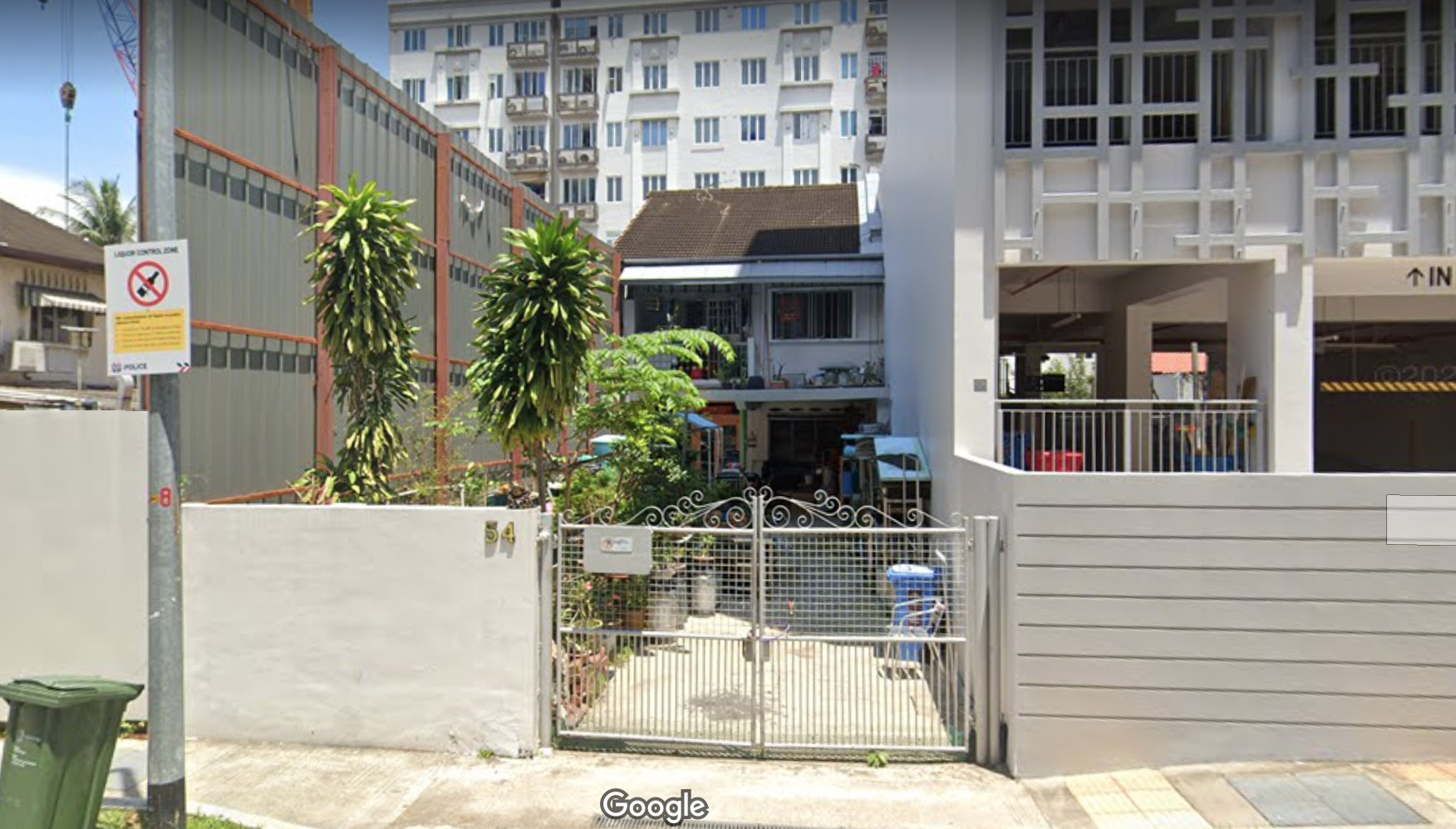 According to Shin Min Daily News, it is unclear why the owner refuses to sell the place.

Currently, the first floor is a temple hall, and the second floor is the temple caretaker's residence.

The caretaker told Shin Min that the construction does not affect her unit much, and the temple hall is only open for friends and relatives of the owner.

The owners of 337 Guillemard Road told Shin Min that the house was bought by their mother.

After she passed on, the 60-year-old hawker, known only as Mr. Wu, lives there with his elder sister.

Wu said that the land in front of the house has been turned into a garden, where he also rears fish and small birds.

The developers had approached him a few years ago regarding selling his unit, but he refused as such freehold houses are rare these days.

He also said that he is able to tend to his plants in his garden, and he will not "sell [the house] for any amount of money".