Local actor Joshua Ang has decided to sue his ex-wife for defamation after she posted a series of Instagram Stories on the night of Dec. 15, alleging violence and abuse on his part.

Ang has denied the allegations, and said that the marriage had instead broken down due to money issues.

In his own Instagram Stories, the actor said that he will commence legal actions against Low, and "spare no expense" to protect his reputation. Low: "I should be the one suing you for defamation instead"

Following the announcement, Low reposted Ang's Story to her timeline and questioned how someone could sue her over "facts".

She also revealed that she has engaged a law firm to settle the matter. 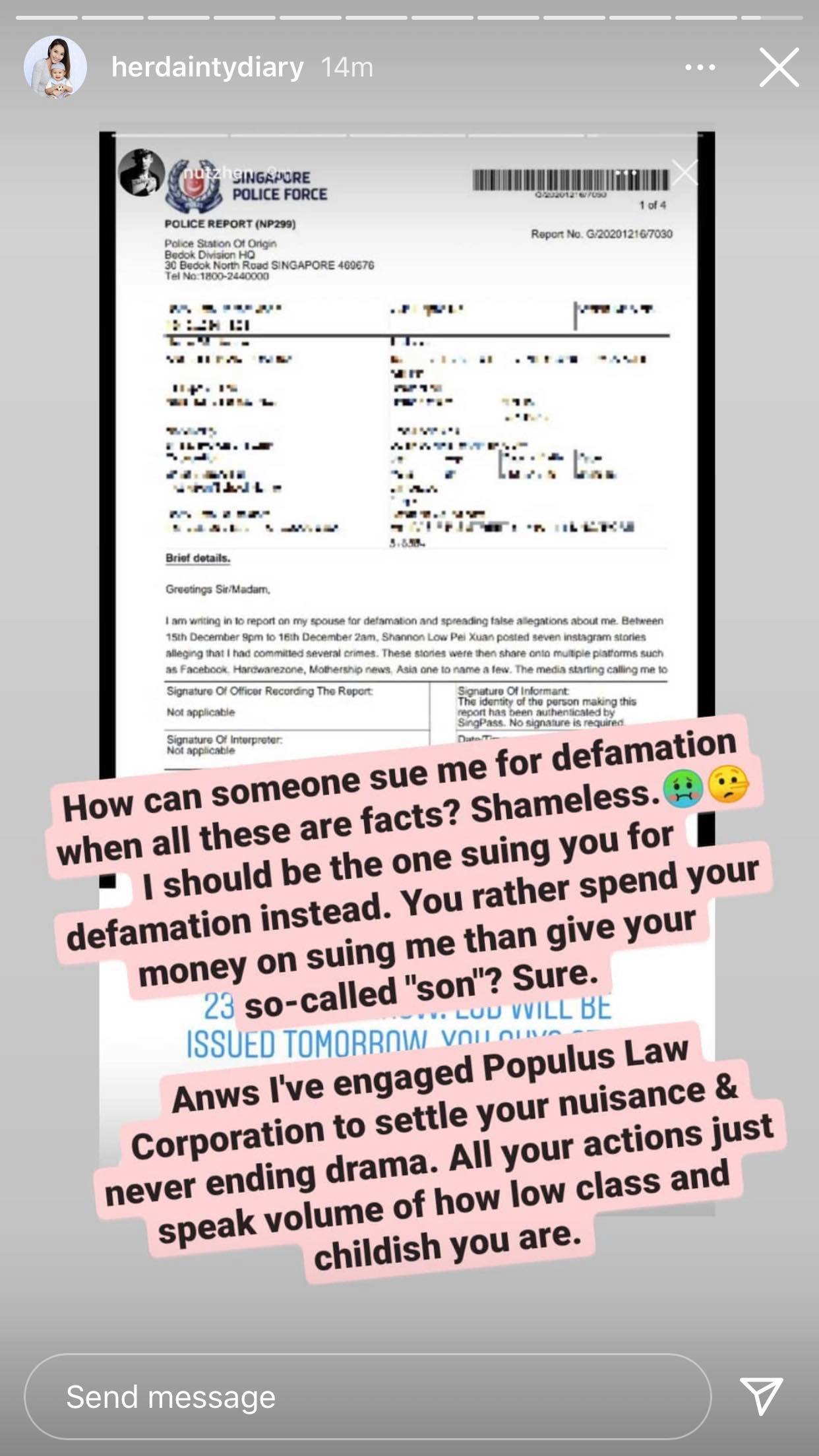 In another Story, Low thanked everyone for their supportive messages, and said that she would reply to them over the weekend.

She also addressed the money issue that Ang spoke about, and said that she did not divorce him over finances, even though he had allegedly leeched off her.