A 48-year-old Singaporean businessman has reportedly donated a portion of his lottery winnings to a temple.

China Press reported that the man had struck lottery multiple times after praying at the Song Sawoei temple.

The exact amount he has won is unclear, however it is believed to be "millions of baht".

The man, who is known as YC, has been living in Thailand for the past 20 years and came to know about the temple through some friends there.

Hence, YC subsequently decided to return to the temple to donate 1 million baht (about S$44,000).

The temple's abbot also said that the money will go towards restoration works, according to China Press.

Previously there have been several instances of people giving back to temples after winning the lottery.

A Thai lady from the Ang Thong province had won the top lottery prize in 2017, and donated 2 million baht from her winnings. She later won again in 2018.

Wat Song Sawaoei, located in the Wat Sing district of Chai Nat province, is about a three hours' drive from Bangkok.

The temple appears to be relatively well-known, as it is listed as an attraction under the Tourism Thailand site.

The listing even includes a lengthy historical introduction on the temple too.

There are also 151 Google Reviews on the temple, with an overall pretty solid rating of 4.6/5. 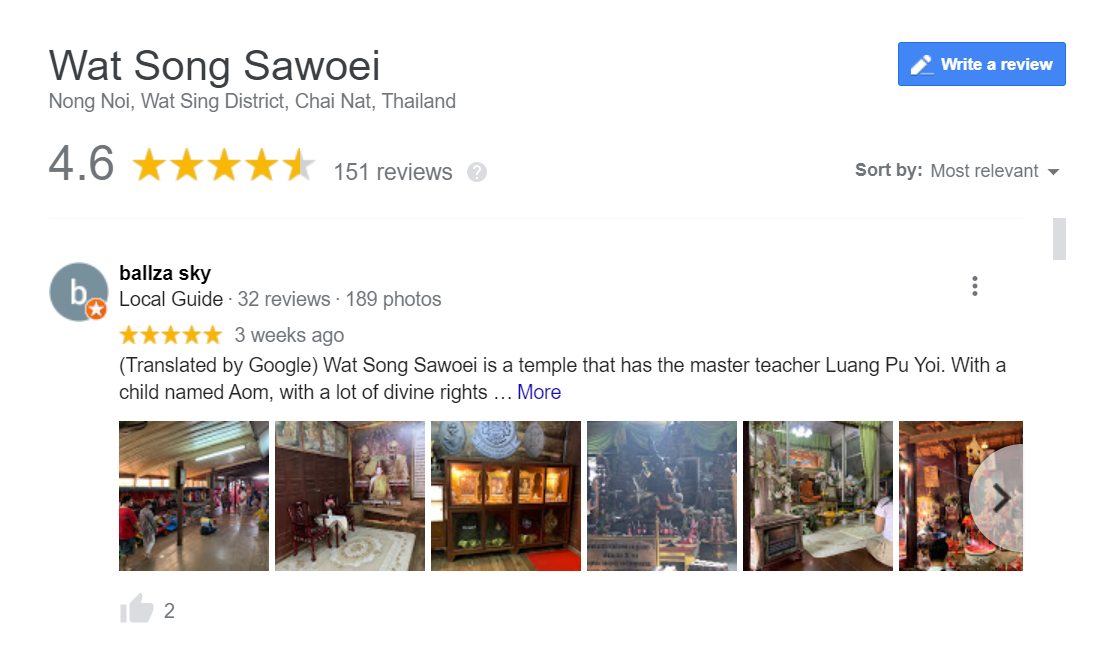