The Twitter user who tried to "cancel" Xiaxue has published a series of tweets undoing her earlier agitations.

The woman, who goes by the Twitter handle @elouease, previously wrote on the social media platform that the Xiaxue, who is also known as Wendy Cheng, was seeking a Protection Order and Stop Publication Order against her.

And it appears that the legal pressure has achieved its intended effect.

In the thread, Quek admitted that she had posted allegations about Xiaxue to her social media platforms, and created a document containing these allegations.

The document was then circulated among members of the public, encouraging them to pressure Xiaxue's sponsors and business partners into dropping her.

After acknowledging the distress and financial losses her actions have caused Xiaxue, Quek apologised and promise to never do it again.

The same statement was posted to Quek's Instagram Story. 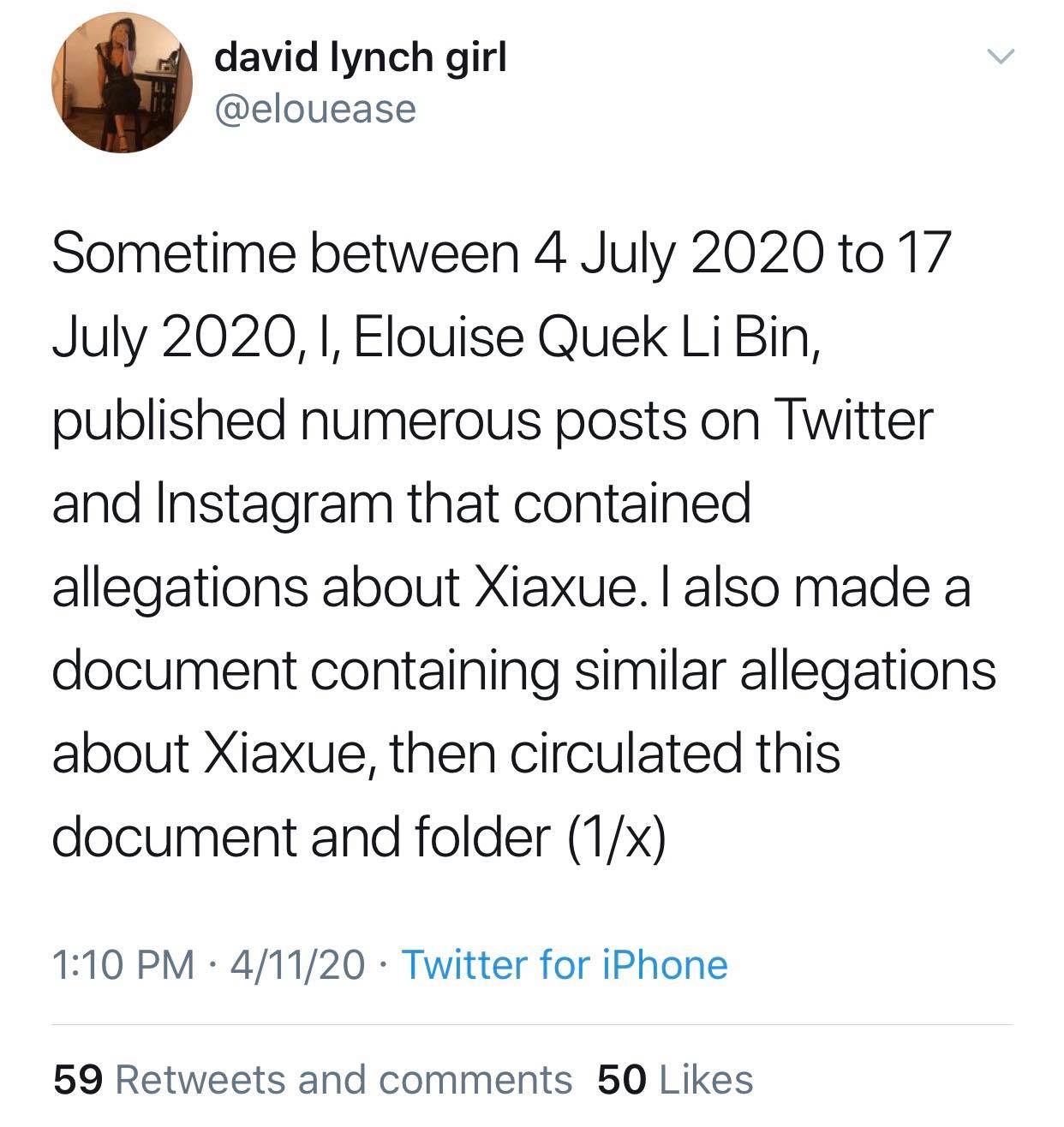 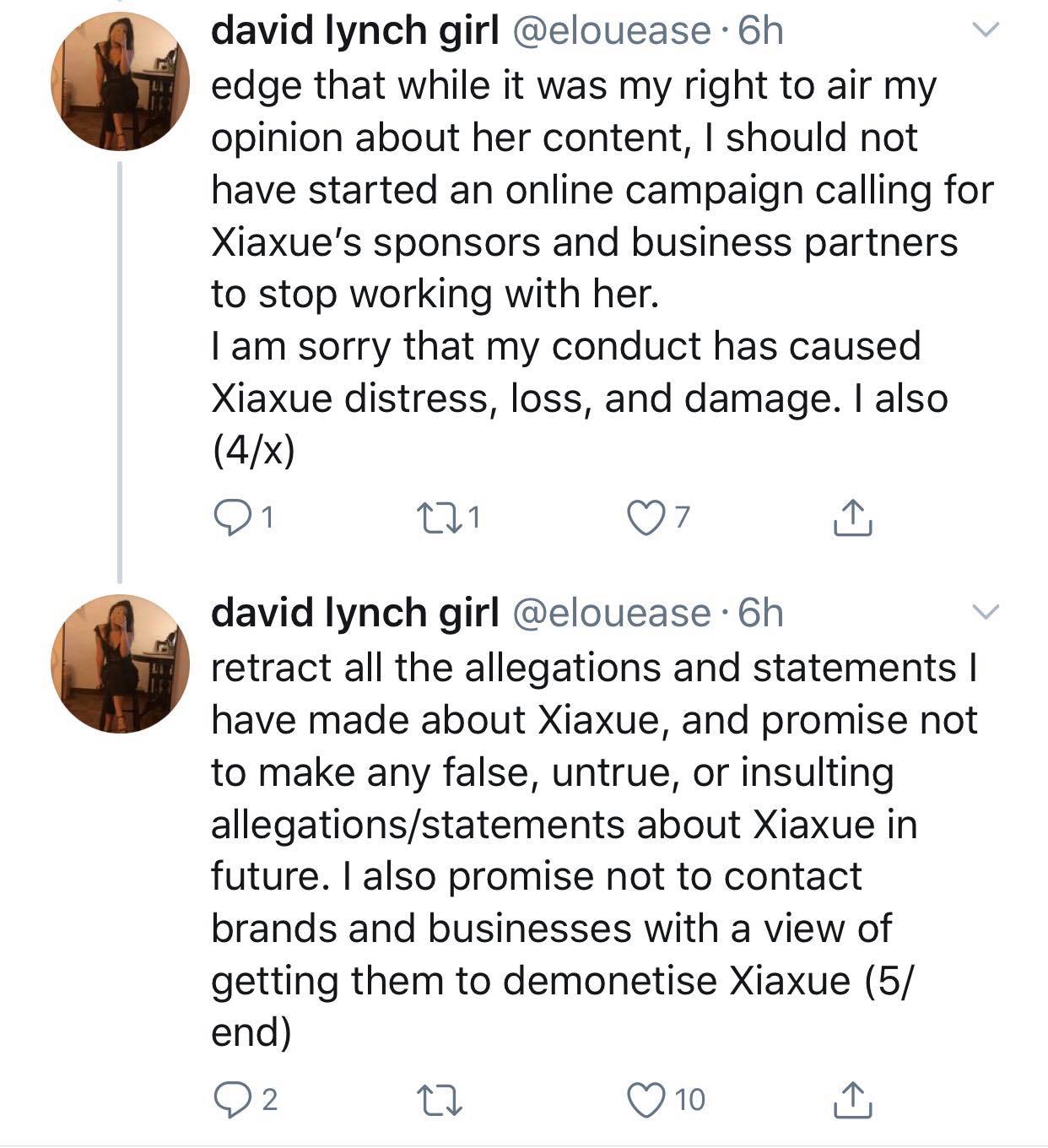 After the statement, Quek followed up with a screenshot on legal mediation, without a caption.