Protests in Thailand against the government and the monarchy, which have been mainly youth-led, have turned another corner: Protesters in 2020 have foregone hunger strikes in favour of eating mookata in public, because multi-tasking is the order of the day.

Young Thai protesters were seen setting up the good old mookata grill, consisting of the metal barbecue and steamboat plate with a gas stove, and having their meal in the midst of going against authority. 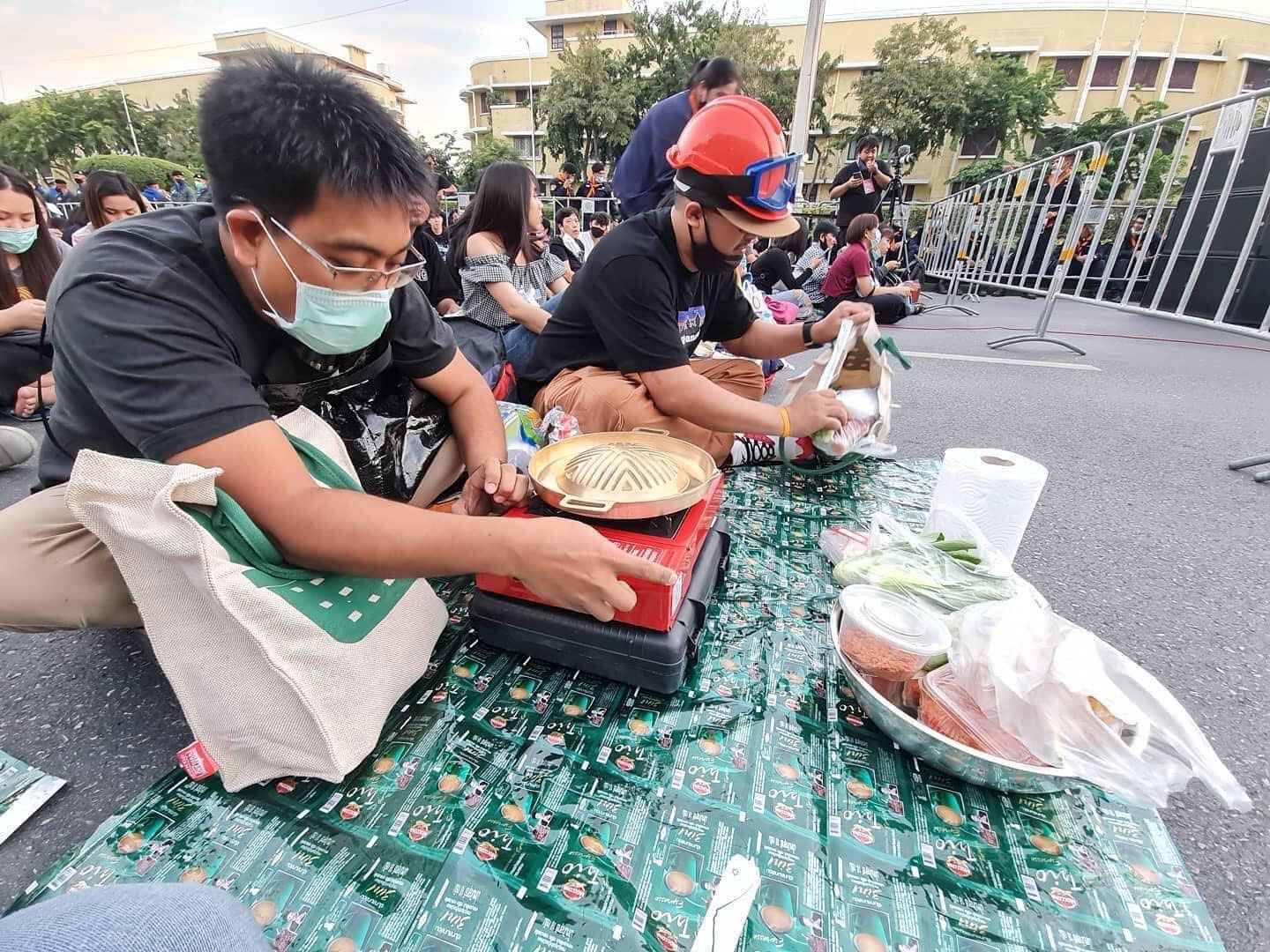 The group of three friends took full advantage of the protests to organise their little get-together near the Democracy Monument on Saturday, Nov. 14.

As they were already out and about surrounded by idealism and relatively hungrier peers, it was an opportune moment to indulge because protests do not have to be difficult all the time.

They had greens, meat, and even paper towels to ensure hands and mouths were not greasy after the meal.

Since they were already being rebellious, they might as well go all the way.

The Democracy Monument is a public monument in the city center of Bangkok, capital of Thailand.

It occupies a traffic circle on the wide east-west Ratchadamnoen Avenue, at the intersection of Dinso Road.

It has been occupied by protesters since July.

A new wave of dissent kickstarted in February 2020.

This was after a court ordered Future Forward Party, a pro-democracy opposition party to dissolve.

But at the same time, the Covid-19 pandemic started wrecking havoc around the world.

Protests proper started in July largely driven by students and young people, and against government orders to not gather en masse.

The protesters are taking aim at King Maha Vajiralongkorn and Prime Minister Prayuth Chan-o-cha, a former junta leader who came to power after a 2014 coup.

Those marching on the streets want a new constitution and have called for a reduction in the powers of the king.

They want the king's role to be clearly subject to the constitution and they seek the reversal of orders that gave him control of the palace fortune and some army units.

Criticism of the monarchy is punishable by up to 15 years in prison under lese majeste laws.