A man in Taiwan took to Facebook to rant about his ex-girlfriend, whom he broke up with after she threw away his beloved collection of anime figurines while he was away from home.

Posting in a Taiwanese Facebook group where users can anonymously rant about their girlfriends, the user shared that he is a big fan of Nezuko, a character from Demon Slayer, a popular anime in Japan.

However, the man's ex-girlfriend, whom he was cohabiting with, took the opportunity to get rid of all his Nezuko figurines while he was visiting his hometown for a couple of days.

According to him, he had spent "hundreds of thousands" of Taiwan dollars on his emporium of Nezuko dolls.

"That was bought with my hard-earned money over the years, and it was all dumped into a rubbish bag and thrown into a garbage truck by you," he ranted.

Broke up with her

He said that the only reason she gave him for throwing away his figurines was that they were taking up space.

As his ex-girlfriend didn't like him watching anime, he mentioned that he also missed out on the Demon Slayer: Infinity Train movie, which was released in Japan in October 2020.

"I've never cared that you spend all day watching Korean dramas and chasing your K-Pop idols. Is it so difficult to have some mutual respect for each other?" he wrote.

"In hindsight, I was pathetic in the past for trying to hide my hobbies to make you happy."

The user added that he tried to salvage his dolls by calling the rubbish collection company, but the staff had told him that the trash had already been incinerated.

When he initiated the break-up with her, his ex-girlfriend told him that he was overreacting.

She agreed to break up, but left a parting insult.

"You otakus (nerds) just love trash too much. It's ridiculous."

He mentioned in his post that he is planning to sue his ex-girlfriend for damages.

The post garnered over 1,900 comments, a majority of which sympathised with the user. 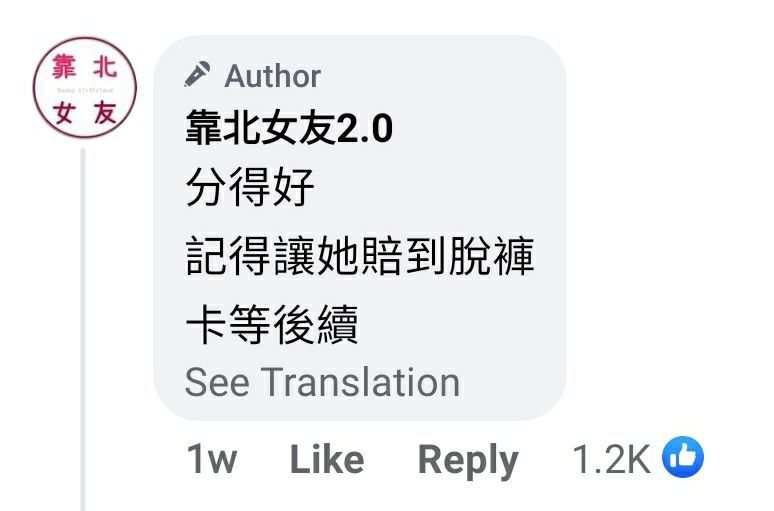 "Good job for breaking up with her. Make her pay till her pants drop. We'll be waiting for a follow-up." "I've got a doll which I've owned since I was five years old till now. When my ex-boyfriend threw the doll into the dustbin, I immediately dumped him. Good job breaking up with her."

Other Demon Slayer fans chimed in with tongue-in-cheek comments, flexing on the user that they've already watched the movie that he missed out on. "No worries, I've already watched it for you."

Another user shared a photo in the comments section, showing seven ticket stubs of the same movie. 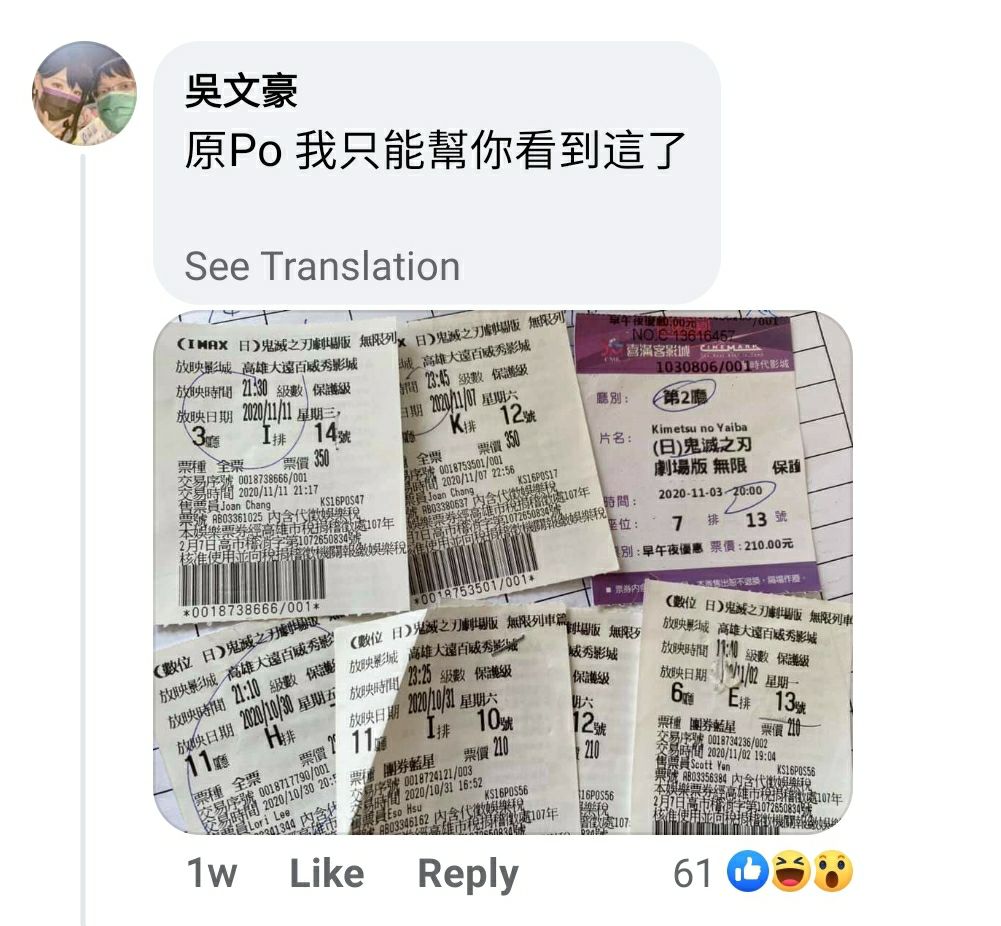