A comedian and actor in Singapore, Suhaimi Yusof, recently took to Facebook regarding a mystery that has recently been on his mind: What happened to his Old Chang Kee order?

Suhaimi said he had ordered about 50 snack items via the GrabFood platform, but never received it even though the order status was "delivered".

According to the screenshot he shared, the order was placed on Nov. 8.

When he contacted Grab's customer service team, he was told the food was delivered, and a photo had been taken by the delivery person.

In response to his post, some commenters pointed out that he may have forgotten to key in his unit number, but Suhaimi clarified that he indicated it.

Other comments also suggested that someone else might have taken the order after the delivery personnel left it by the door.

However, Mothership understands that the rider had delivered the order to a different block nearby with the same unit number, hence causing the confusion.

A refund has also been processed for Suhaimi.

On his post, Grab left a comment saying that they have dropped him an email regarding the incident. 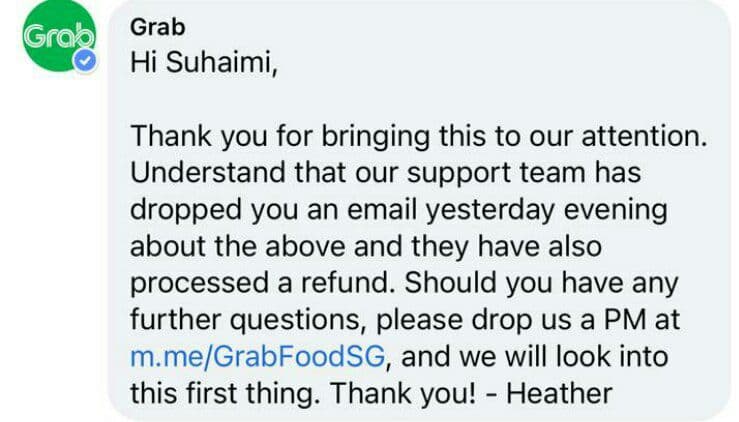