COMMENTARY: "If the alternative was living a life haunted by what-ifs, then I couldn’t not do it."

Erin Huien Lim, 26, was working in a communications consultancy when she made the decision to quit her job, and pursue her childhood dream of working in a farm.

She travelled to New Zealand in late 2019, and began working in a number of different farms, even as Covid-19 struck the country's shores.

Although the work was physically tiring and boring, Lim found time to think about her future, and what truly made her happy.

Lim writes about why she decided to travel down this unconventional path, and her experience leaving the corporate world in order to find herself.

Teenage me had many ideas about who I’d be by the time I was an adult.

I’d have two dogs and an adoring group of girlfriends. Working on a farm didn’t feature in any of these visions.

But a month past my 25th birthday, that’s exactly where I found myself.

When I first broached it, my mother was furious that I was even thinking of leaving a respectable job to go on a working holiday in New Zealand.

Most of my friends, though, were encouraging. They wished they were brave enough to make the same “escape”.

Others questioned if this was a mistake, an extension of the quarter-life crisis that had seen me careening from one job to another my first year and half out of university.

After that messy start, I eventually got on with the program and landed a proper job at a communications consultancy.

I learned a lot there, had great colleagues, and it paid well enough that I supported myself OK.

Then, I participated in a career and life design workshop with Bold At Work.

It reminded me of a dream I’d always brushed aside, one that probably spun out of too many hours playing the game Harvest Moon: Friends of Mineral Town – farming. 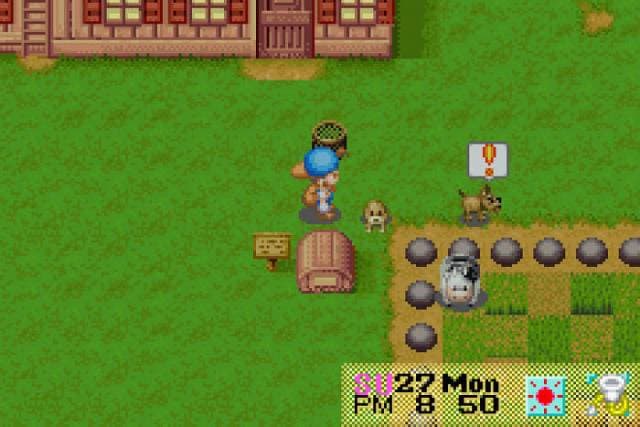 But it seemed impractical, too distant from the reality I lived in, and so for years it remained nothing more than a pipe dream.

Now, I rationalised: this was exactly the best time to live out a seemingly irresponsible whim.

I’m young, untethered to kids or a husband or a mortgage loan.

But I was also aware of what I was putting on hold: my career; income that I should probably be investing or squirreling away into a high-interest savings account.

Even as I boarded the plane to New Zealand, the worries persisted. The thought of doing and possibly failing – even though it wasn’t clear to me what failure in this situation looked like – was paralysing.

But if the alternative was living a life haunted by what-ifs, then I couldn’t not do it.

The work was strenuous and boring, but made me appreciate happier moments more

My first job was for a company that owned several apple orchards.

Every morning, I’d report to an orchard along with a group of other backpackers from my hostel.

We’d stuff fistfuls of green cables into our company-provided fanny packs, and step up to a row of young trees, all planted along wires that stretched down the land.

Then, the tying would begin.

We went down each row, adhering branches to wires so that the trees splayed out into a 2D-plane.

Branch by branch, tree by tree, we’d work until our fingers strained from twisting cables into their rightful knots and the cool, morning air melted into a humid, afternoon blaze.

Once an orchard was cleared, we’d drive to a new one and do the same thing all over again.

Work ended at 5pm, which is when we’d collapse into our van, a sweat-soaked heap.

We’d drive through winding country roads with the window down, until we arrived back at our hostel to shower, cook dinner, shoot the breeze a little before turning in for the next day of work.

Expectedly, agricultural work was physically strenuous. And if it sounds nondescript and boring, that’s because it was.

Still, I felt grateful. There was a real pleasure in stripping away my imagined notions to find out for myself: so, this was what it’s really like to work on a farm.

I relished the days our supervisors took us out to pick apples or wild fruit, or even the sense of solidarity I shared with the other backpackers as we sat quietly in the heat of our van, eating our lunches, too tired to speak.

These were little moments, but the boredom made me notice and appreciate them more.

This sweet boredom stretched on for two months until Covid-19 hit.

All around me, travellers scrambled to go home. The panic became a real thing when a nearby town began reporting cases of infection.

I obsessed about it for days, and then I decided to stay. After an inter-island ferry ride and 10 hours of driving, I showed up for my next job at a family-run hazelnut farm.

Over the next month, when I wasn’t cooped up alone in a cabin, I stood around a table, sorting hazelnuts that a machine would spew out.

Other days, I unearthed young trees from the nursery and wrapped them up into parcels, which would be sent to buyers around the country who wanted to grow their own trees. I was comfortably bored.

It was winter by the time lockdown lifted a month later. Jobs were hard to come by, so when an opening for a plant nursery in Christchurch came by, I snapped it up.

The company rotated us around the departments depending on what needed to be done, but most of the time I was stationed in the seeding department.

Here, we planted seeds into trays of soil before they were transferred to various greenhouses or storage chambers around the facility to encourage germination and growth.

My role: hauling thousands of these trays onto racks and crates. Boring.

By that point, I’d grown so accustomed to the boredom that it snowballed into full-blown restlessness.

If I wanted a script for “getting my life together”, all I needed to do was to look at social media.

It would seem that every other week on Instagram, somebody was pulling off a proposal (or getting proposed to), committing to a BTO, or announcing their wedding plans.

LinkedIn reminded me of all the places my peers were going – promotions, new jobs, work anniversaries – while I exchanged my hours for minimum wage.

Wasn’t this what I was supposed to want? Why did it all seem so pointless?

The answers came when I awoke to a call at 5am one morning. It was a friend, and she was freaking out.

She’d crashed her car, and crashed into two other cars while she was at it.

To make matters worse, the car she drove wasn’t even hers. What should she do?

I was conscious of my composure as I pulled on a jacket and drove over to her in the dark. I assessed the damage: it was bad.

But we fixed the situation, went back to bed, and met up later in the day for a meal. She was still shaken.

To calm her nerves, I told her stories of all the mess ups I’d accumulated on this trip. We laughed about it.

And that’s when it clicked. Coming to New Zealand, working on a farm – these were all part of a larger exercise in gaining perspective.

For years, trying to make sense of a world where reality didn’t always match up with the way things were “supposed to be” left me lost and confused.

Lived experience became the only true thing that would never change. I didn’t want to be told that farming was strenuous; I wanted to feel for myself the way it would make my body ache.

I didn’t want to be told that a high-flying career would make me happy; I wanted to find a reason that would drive me to excel.

And how do you know what you want if you don’t know who you are? So, perhaps I threw myself into this trip to learn what it was about myself that wouldn’t change, no matter what.

What I learned was that I could make an unconventional choice, see it through on my own terms, and come out OK.

In fact, working through the unknown that made me stronger, more adaptable.

Now, having lived out this farming dream, I know I can take on the ambiguities of life.

We deliver stories like this to you on LinkedIn