And like all popular items sold in Singapore, scalpers have already flocked to Carousell on Day 1 to resell the highly-anticipated gaming console at extremely marked-up prices.

This isn't too surprising, though, given that this already occurred two months ago in September, when the pre-orders of the PS5 were first made available.

Marked up by hundreds of dollars on Carousell

The new PS5 comes in two editions: the PS5 Digital Edition, and the PS5 with an Ultra HD Blu-ray™ disc drive, with recommended retail prices of S$599 and S$729 respectively.

On Nov. 19, the day of the PS5 launch in Singapore, a number of Carousell sellers have already started to try and sell the console at highly-inflated prices.

Most of the PS5 with disc drives are selling for around S$1,200, although one seller has indicated a price of S$1,500 — more than double the recommended retail price of S$729. 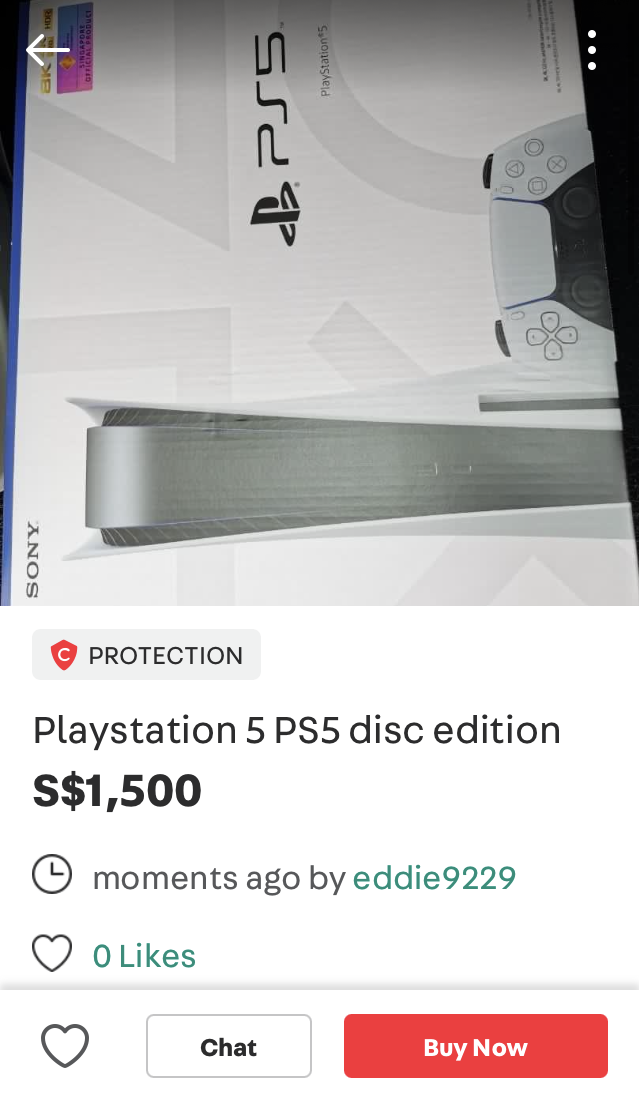 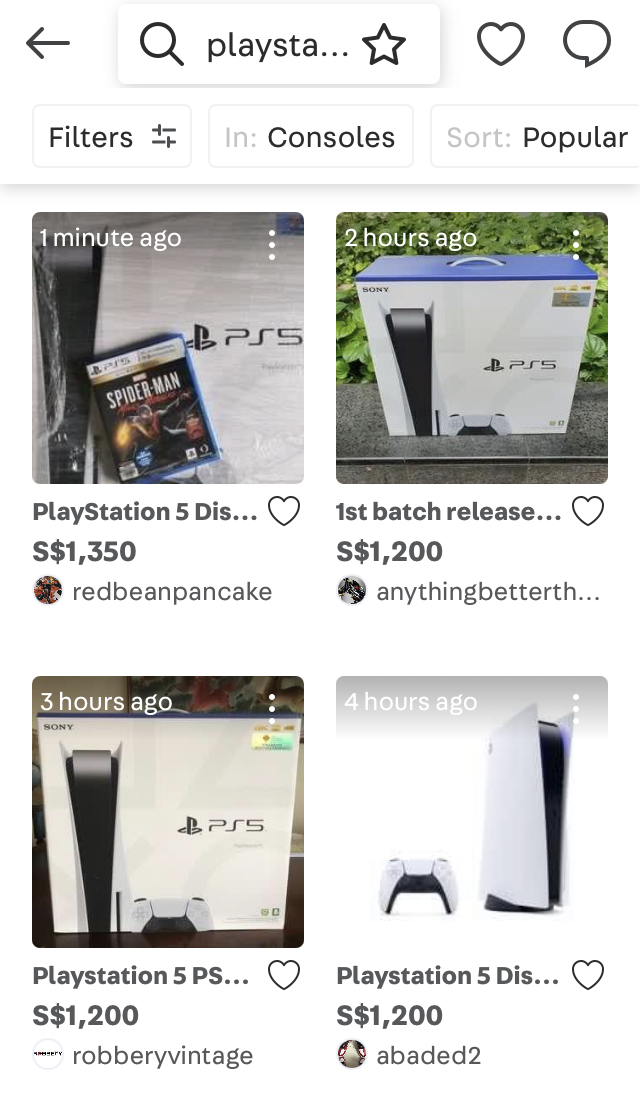 The lowest markup that we saw was a digital version being sold for S$799, a S$200 markup from the recommended retail price of S$599. 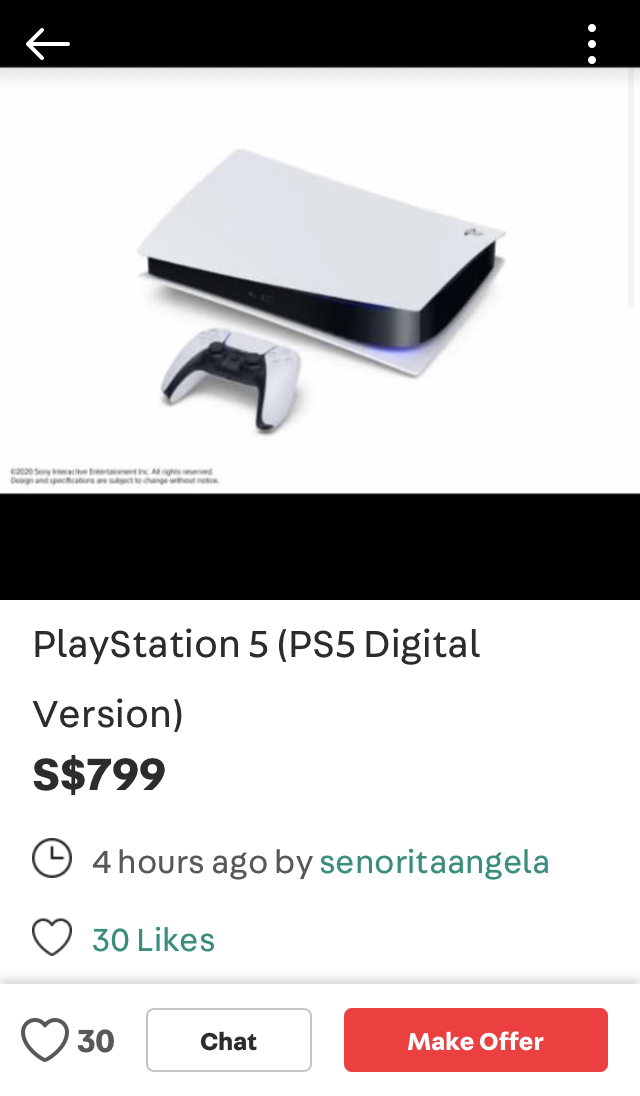 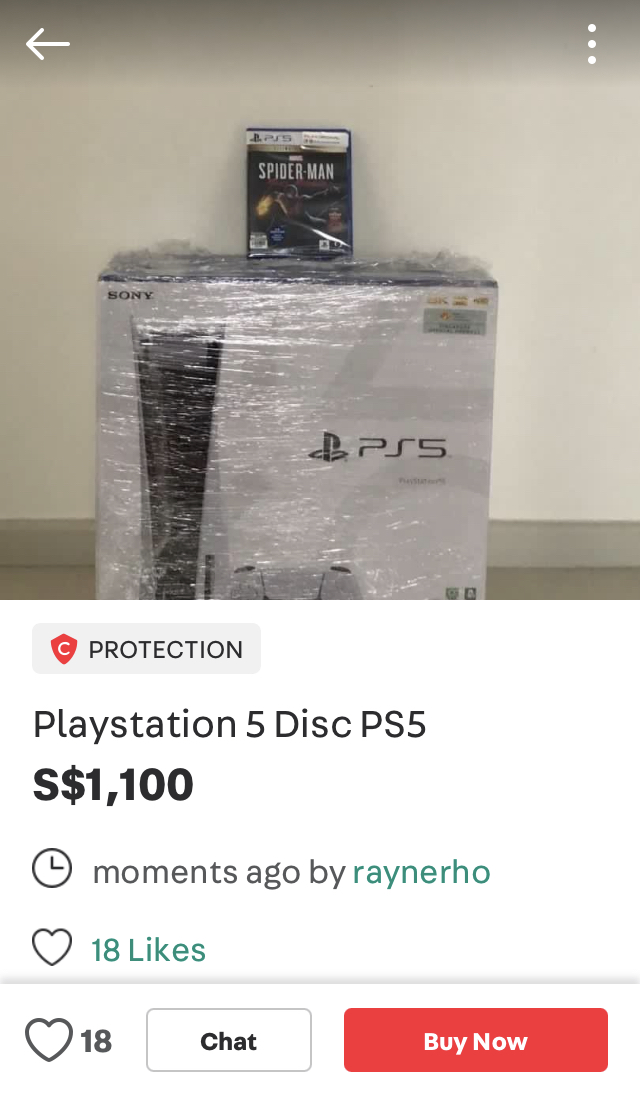 It seems that this seller might have a reason he's selling it at a less-inflated price than other sellers... 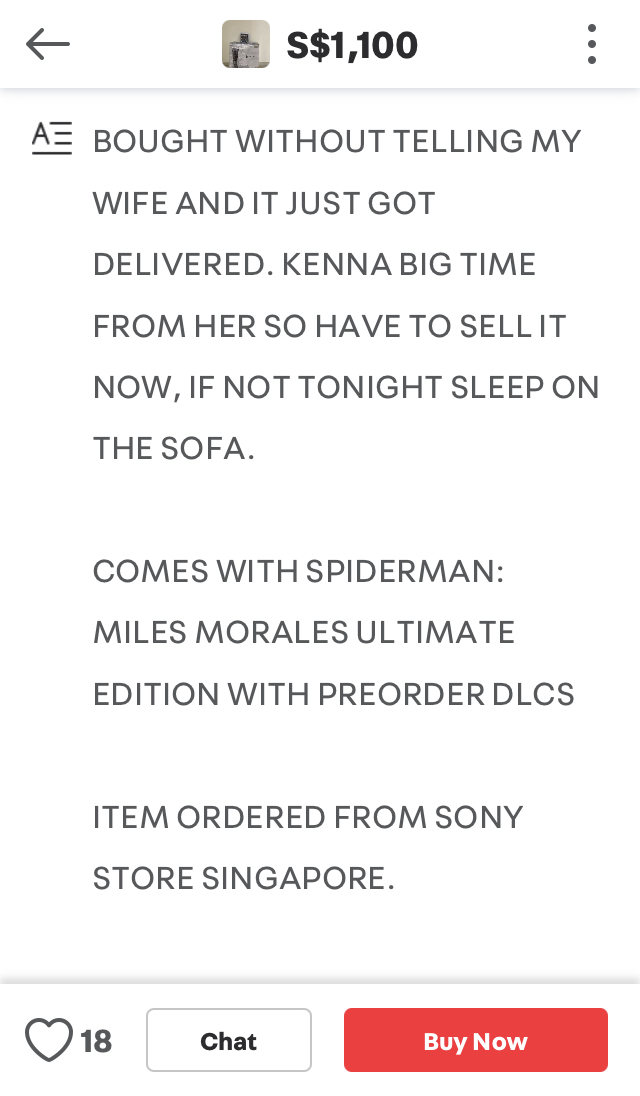 Mismatch between buyers and sellers

Unfortunately for some hopeful buyers who have taken to Carousell, there appears to be a discrepancy between their asking prices and what sellers are hoping for. 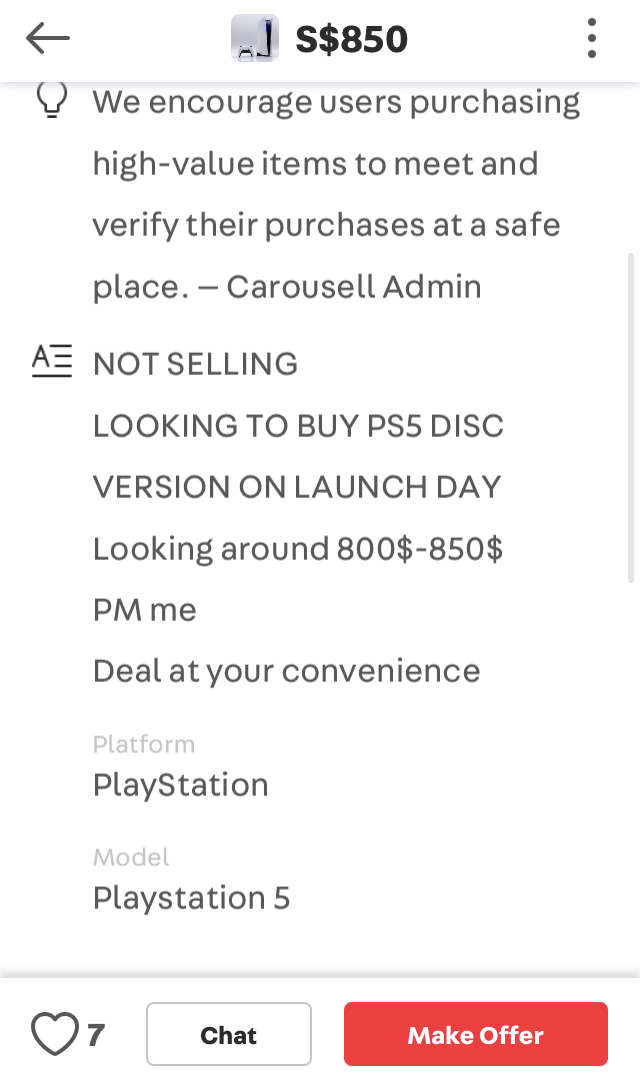 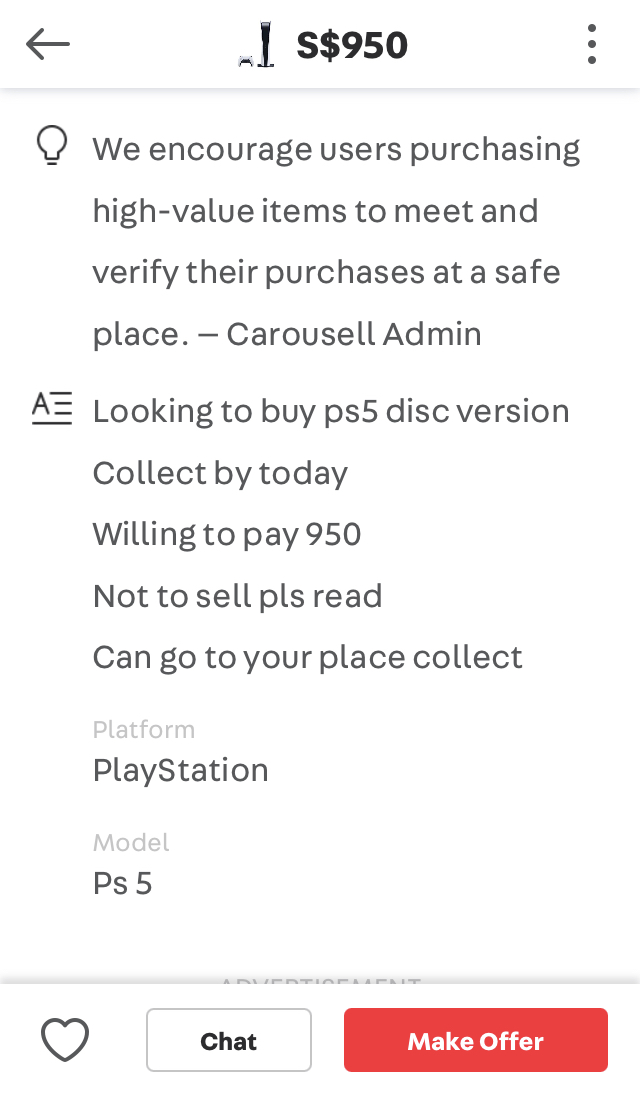 On the bright side, if anyone is looking for a PlayStation 4... 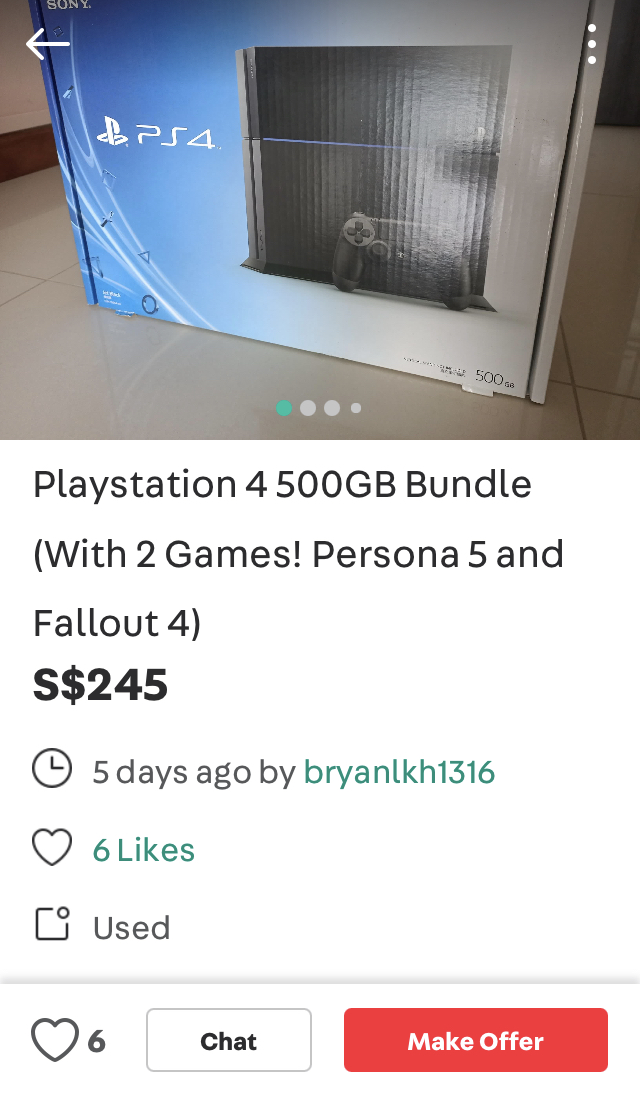