One good samaritan in Singapore spotted a bird being hit by a bus, and took it upon himself to rescue it.

Picked it up before it was run over

The Facebook user, who goes by the name Hantu Bin Jembalang, shared the incident to Facebook group Nature Society Singapore.

The bird, a migratory species called the Hooded Pitta, was apparently struck by the bus as it slowed down to pick up students at Chua Chu Kang Ave 1.

Hantu, who was on his way to work, said in the comments section of the post that he decided to quickly pick it up before it was run over by any other vehicles.

Here is the rescued bird, likely in a state of shock after the collision, resting inside Hantu's vehicle.

Hantu initially asked around online on how to nurse the pitta back to health, but was advised by resident bird expert and National University of Singapore researcher David Tan to send it to wildlife rescue organisation Acres to check if it had any internal injuries.

A request which Hantu happily agreed to. VIP guest on its way to Acres

Hantu then placed the bird in his vehicle and proceeded to head to Acres.

He even joked that it was a "VIP guest".

Spot the pitta in this picture.

The bird was then dropped off in a cage outside their facility for Acres staff to pick up later, according to a subsequent update by Hantu.

And cheekily added that perhaps "room service" would come later. 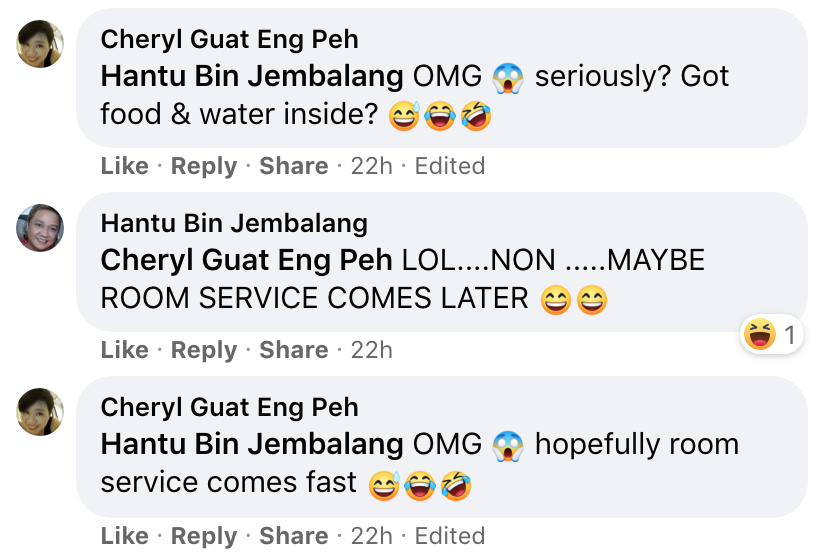 In response to Mothership's queries, deputy chief executive of Acres said that the pitta was probably one of many bird flying through Singapore due to the migratory season.

He revealed that recently, Acres has rescued many pittas with various issues.

The collision this pitta suffered caused it go into shock, which was probably a reason for its weak and inactive state.

Fortunately, the pitta has since recovered, and was released after being given some fluids and rest.

He urged members of the public not to keep the wild birds as pets or rehabilitate them on their own.

Instead, they can call the Acres wildlife rescue hotline at 97837782 for assistance, or the National Parks Board's hotline.