If you're into the combination of pungent fruits and exotic birds, you'll like this one.

A bird colloquially known as the "durian-face" bird was spotted nonchalantly hanging out on the manicured grass of a golf course in Changi.

Curious to know what the bird was, a man took his photos of the bird to the Nature Society (Singapore) Facebook group for help.

Unsurprisingly, commenters responded with some humorous and less than serious responses. 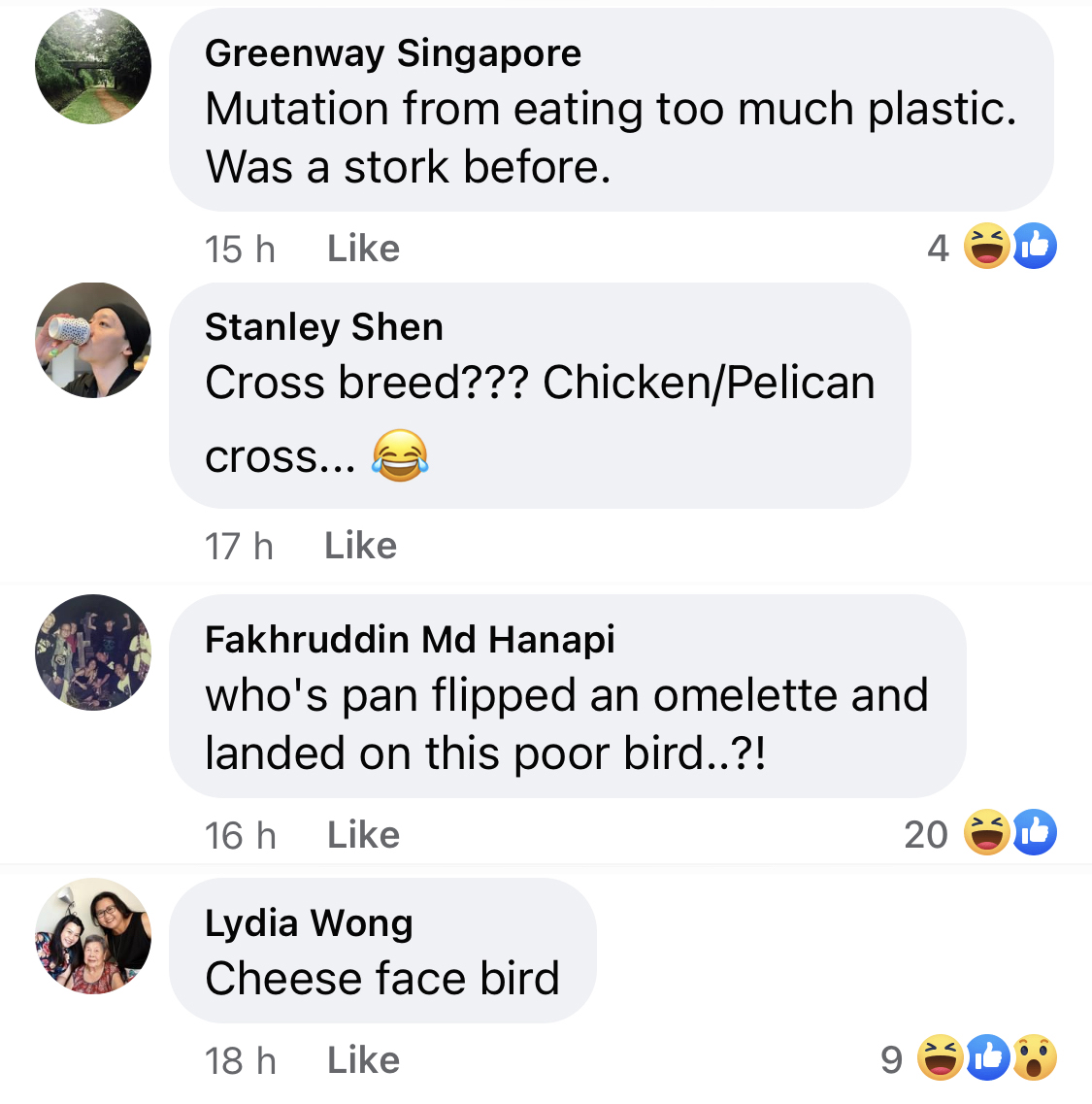 Amongst the jesting, however, many managed to identify the bird as a masked lapwing.

The species is native to Australia and New Zealand, but individuals here are believed to have originated from the Singapore Zoo.

They allegedly broke out when a tree fell on their enclosure, creating an opening with which to escape.

According to the Bird Ecology Study Group, the populations of the masked lapwing have increased over the years, with one bird enthusiast reporting sightings of flocks of up to 18 individuals in 2013.

These birds can now be found at Mandai, Seletar and Tanjong Rhu, and around the Central Catchment.

They are also known as spur-winged plovers due to the sharp spur on the joint of their wing, which they use to attack other animals.

If that wasn't intimidating enough, masked lapwings are also known to swoop on perceived threats while defending their eggs or young chicks.

Attacks are rare and seasonal, usually taking place during the breeding season from November to June.