A GrabFood rider was allegedly hit by a Maserati driving against the flow of traffic along Airport Road in Tai Seng on Nov. 10. 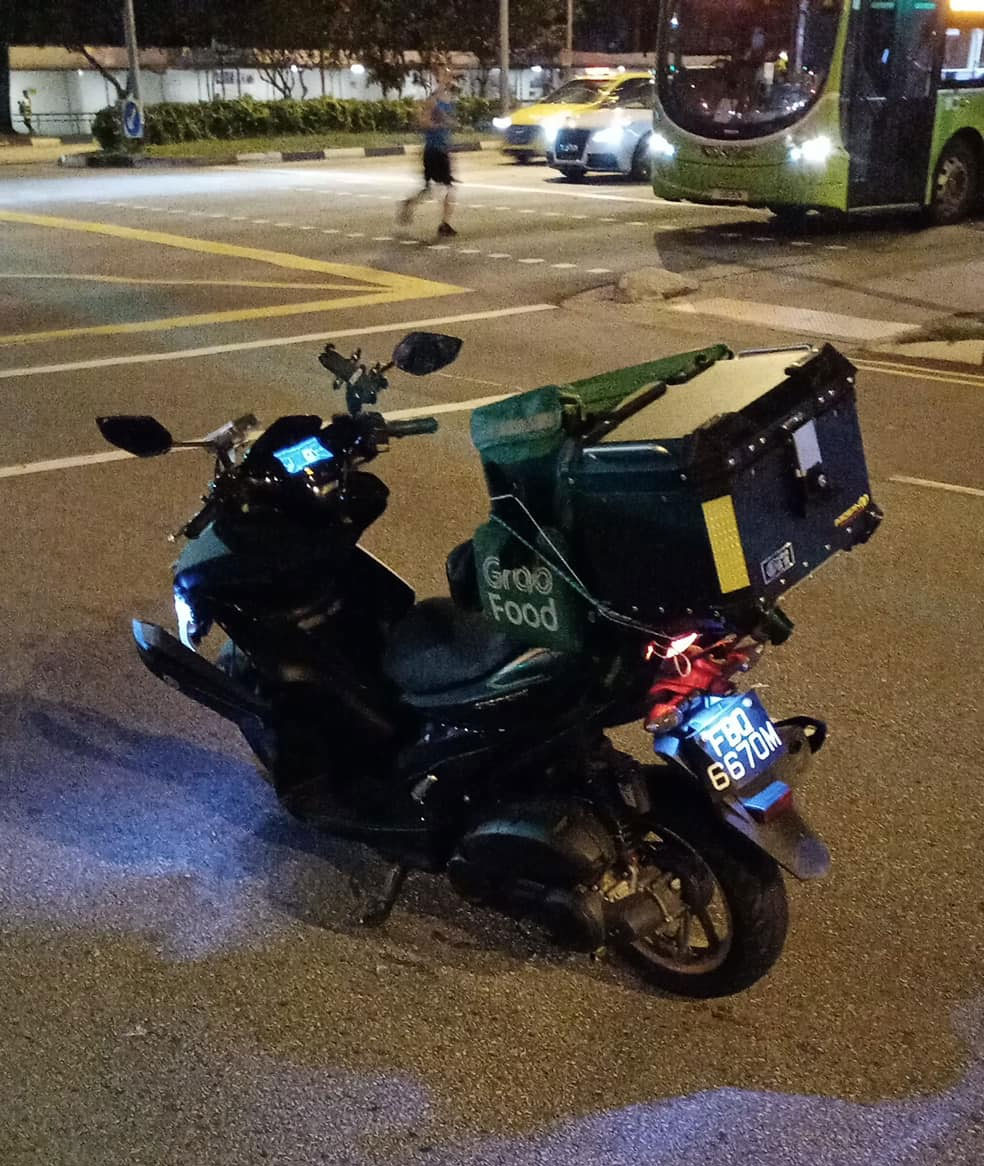 According to a police report made by the GrabFood rider, the incident, which occurred at 10:30pm, saw the Maserati flee the scene towards Upper Paya Lebar Road after the collision.

The report stated that the motorcyclist had proceeded to turn from Paya Lebar Road into Airport Road when the traffic light turned green and he had the right of way, but was met head-on by the luxury sports car. 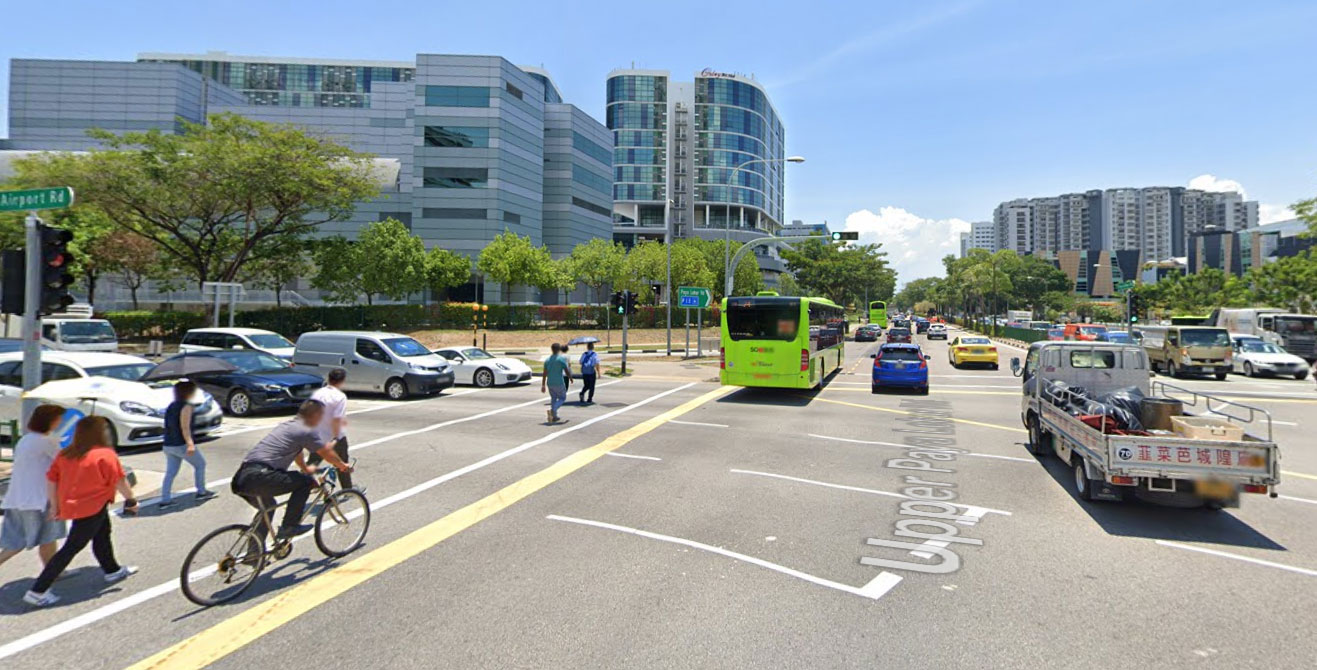 Other motorists gave chase after hit-and-run

However, motorists on the road subsequently gave chase and took photos of the Maserati, which had driven and stopped at the Upper Serangoon Road junction some 3.5km away. 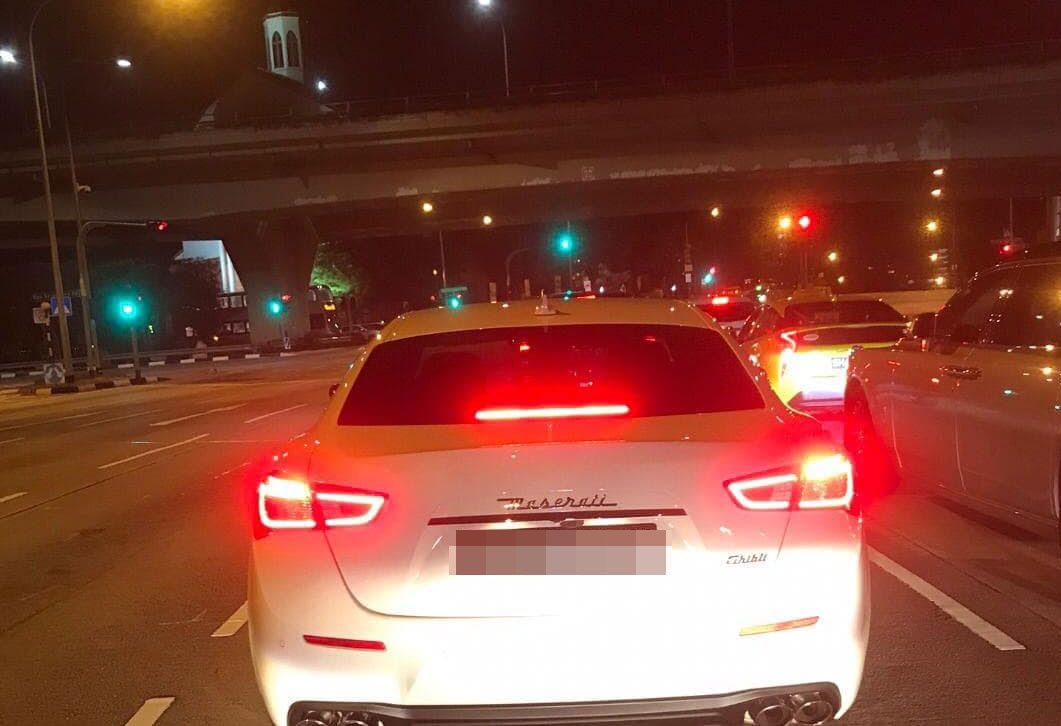 The rider said in the police report that he was riding along Paya Lebar Road towards Airport Road while out delivering food.

The rider was conveyed to Changi General Hospital and given 15 days of medical leave.

Photos of the luxury sports car allegedly taken after the accident showed it had a dented hood.

Black marks can also be seen at the front left portion of the car. 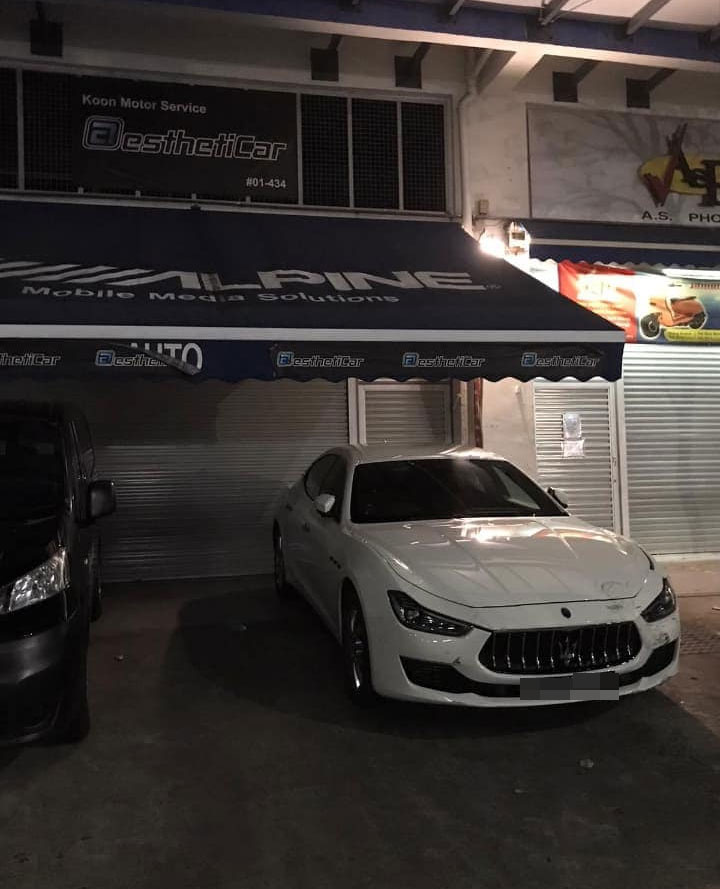 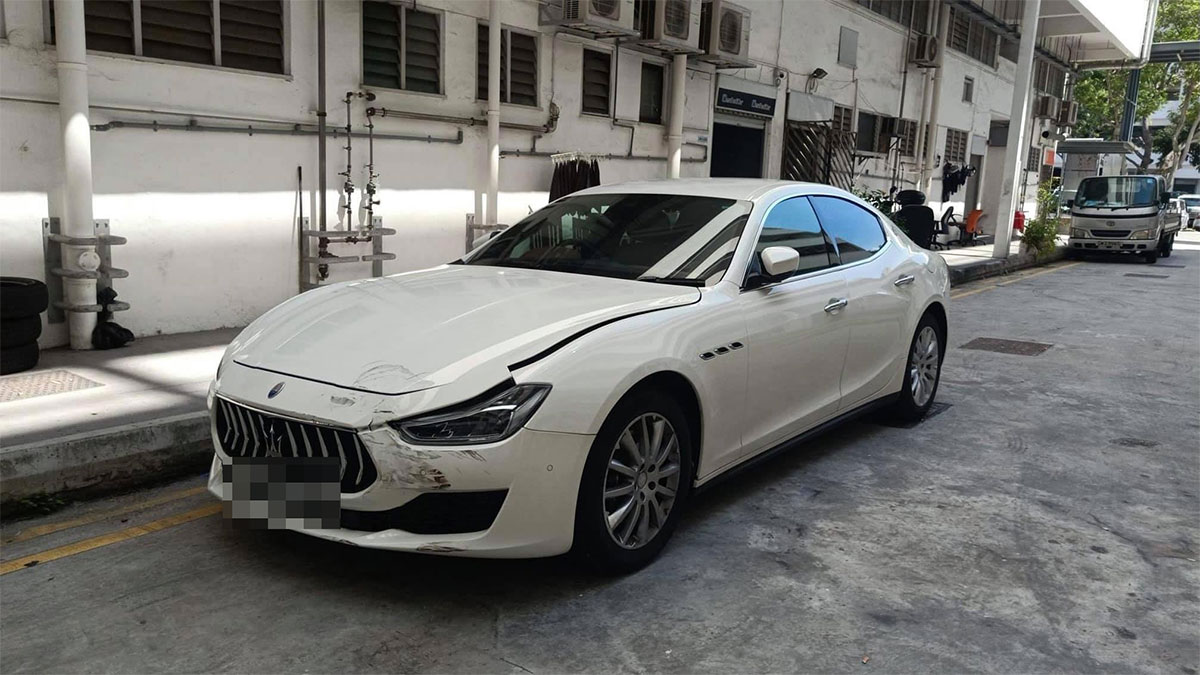