The charts are estimates based on physical sales, digital sales are not included.

Here are the numbers:

One Piece's dip in numbers this year is partly because only three volumes of the manga was released during the time period that Oricon tracks sales, instead of its usual four.

One reason for the insane number of copies sold for Demon Slayer is the ridiculous amount each individual copy spanning the entire run sold.

For example, here are the top three selling volumes of the year.

To get to a non-Demon Slayer volume in the charts, you have to go down all the way to number 23, where the three new One Piece volumes from 2020 take 23, 24, and 25 respectively. 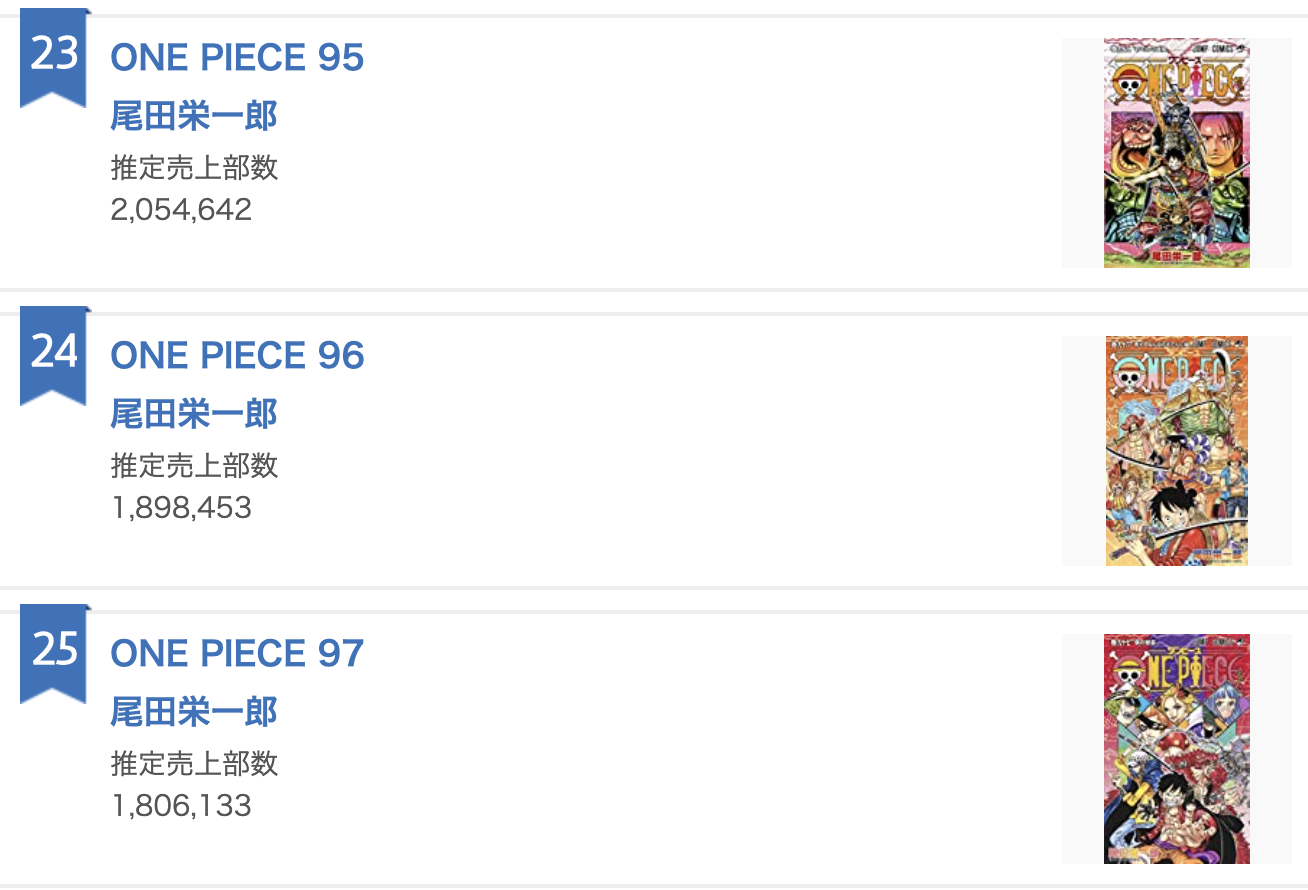 And even after that, the next two places are also reserved for Demon Slayer volumes, before regular programming resumes.

The insane numbers had a lot to do with just how popular the series has become over the last year, with a hit anime series, and a record-breaking movie adaptation.

It is now the third highest grossing movie in Japan of all time.