The traditional hustle bustle of Deepavali celebrations experienced every year in Little India whenever the Festival of Lights rolls around was comparatively muted this year.

The Covid-19 pandemic has effectively curtailed festivities and even put a dampener on reporting on an event that typically draws Hindus and massive crowds of sight-seers and revellers to Little India on the eve of Deepavali to shop and eat, and witness or participate in the countdown.

The crowds this year have thinned noticeably, with no grand bazaars, trade fairs, and stage concerts allowed.

The foreign workers diaspora was largely missing, and so were the tourists, while Singaporeans who would normally have showed up in droves for the food and to soak up the atmosphere appeared to have been convinced to stay home.

The last-minute shopping was also curtailed in favour of online sales, which saw an overall reduction in the number of food and clothing items on offer.

However, businesses were allowed to stay open till late to encourage staggered customer arrival to ensure those who needed to buy things could still do so.

A small number of stalls were set up at Campbell Lane and they stayed open past midnight.

At midnight, salons, clothing retailers and henna artists were still serving the trickle of customers out and about for the very last-minute shopping and dolling up. 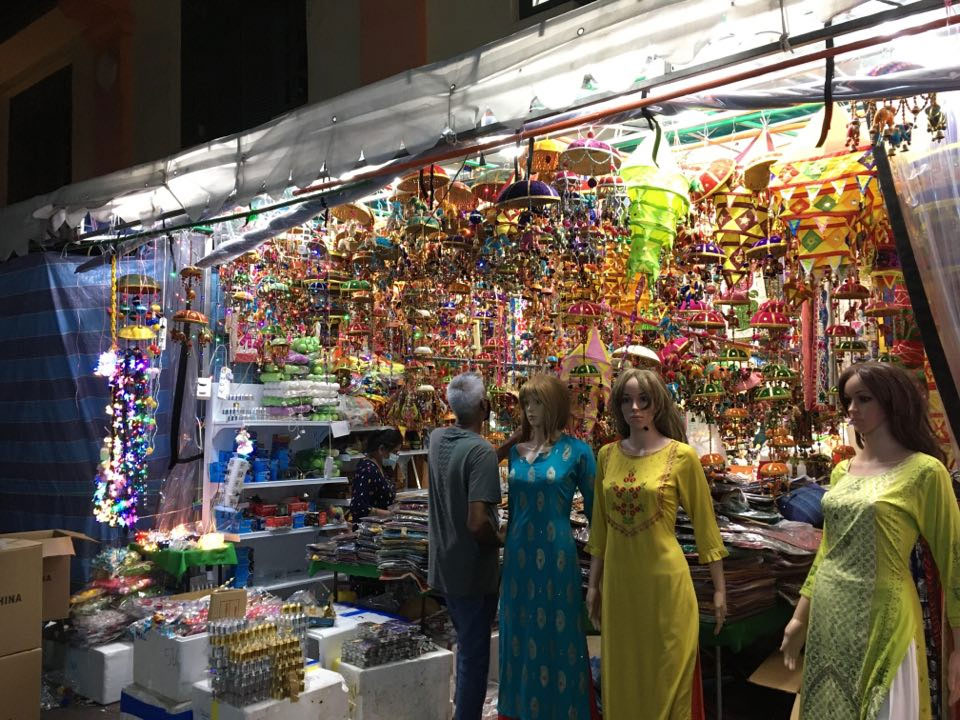 Some stalls selling clothes were still open on the second floor of Tekka Centre, but had few customers by midnight, despite being brightly lit.

Determined merry-makers were still out and about though, launching hundreds of party poppers along Campbell Lane from midnight, and blanketing a few areas with confetti. 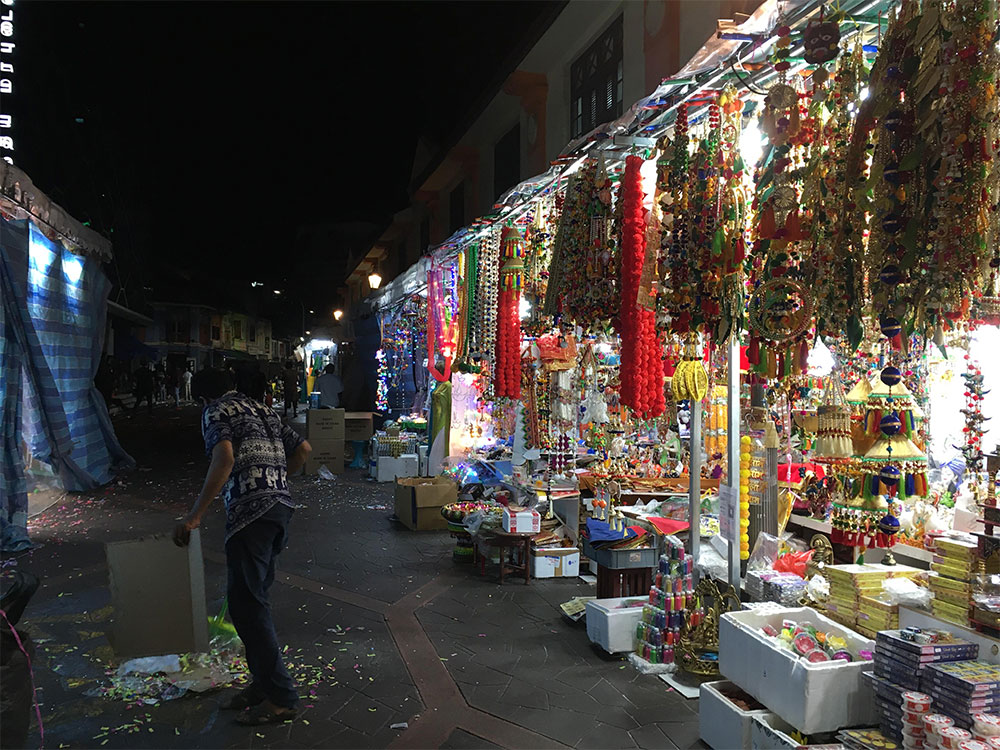 But their numbers were nowhere close to previous years. 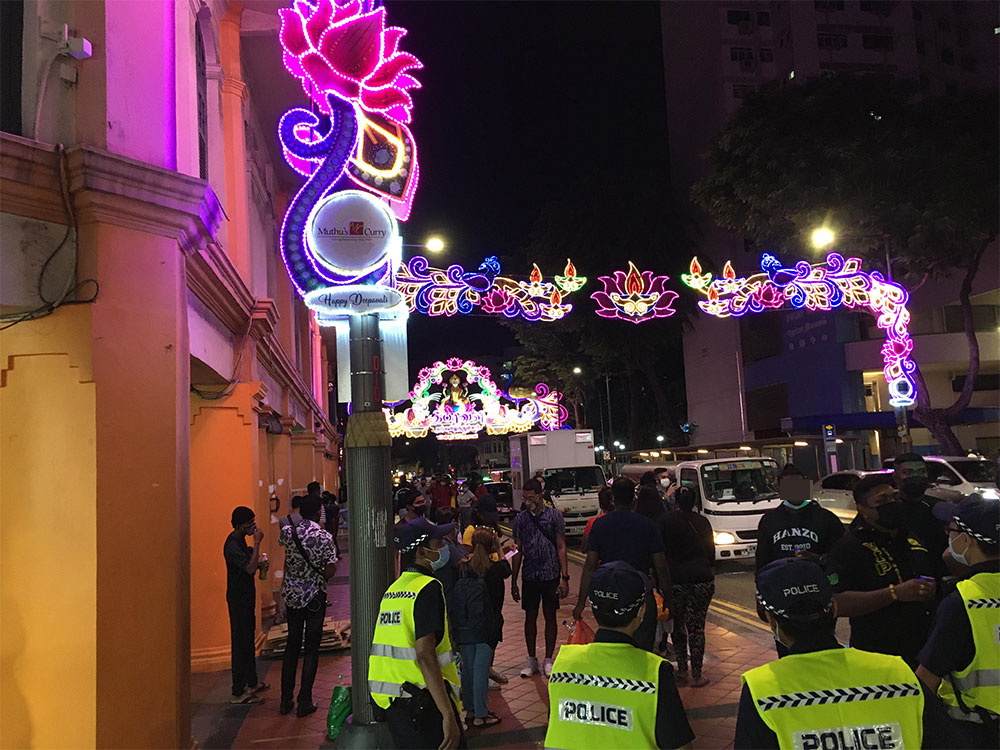 Merry-makers, shoppers, and even business owners appeared wary of camera-totting personnel, who are mistaken for tattletales trying to catch out violators of safe management measures.

And instead of assuaging their suspicion, wearing a lanyard with a media pass ended up looking too officious as it resembled a safe distancing ambassador, which drew disapproving stares from revellers, effectively killing the spontaneity of the moment.

Trying to take candid shots of people on the streets posed other challenges.

Photos to be published have to be checked multiple times to avoid inadvertently catching people out for not wearing their mask properly, or showing them congregating in groups of more than five pax, or not maintaining a 1-metre distance spacing.

Deepavali countdowns in Little India have traditionally been one of the most fun celebrations to document, owing to how welcoming, colourful, loud and joyous the festivities can be, which stretch from Tekka Centre all the way to City Square Mall along Serangoon Road.