It's perhaps moments like this that make the restrictive travelling to Taiwan worth it for the cast and crew of local movie "Number 1".

The "Number 1" crew had a star-struck moment when critically acclaimed director Ang Lee popped by their post-ceremony dinner to thank everyone for attending the film festival.

Ang Lee, who is recognised as one of the top contemporary film makers in the world, is also the chairman of the Golden Horse Awards.

In a five-minute video clip, Mark Lee thanked Ang Lee for coming to meet the Singapore crew after the ceremony despite it being late at night.

You can also hear gasps and squeals from people in the room when Ang Lee appeared.

The title of this video clip highlighted how Mark, being a seasoned host and comedian, was able to lighten the atmosphere in just a second.

That night, Mark took the chance to ask for an opportunity to work with Ang Lee, saying that he is willing to act in Ang Lee's movie for free "as long as he does not have to be naked".

On top of that, he also offered to host future Golden Horse Awards for free.

Not forgetting about the rest of the crew, Mark also urged the "Number 1" crew to come forward and greet Ang Lee. 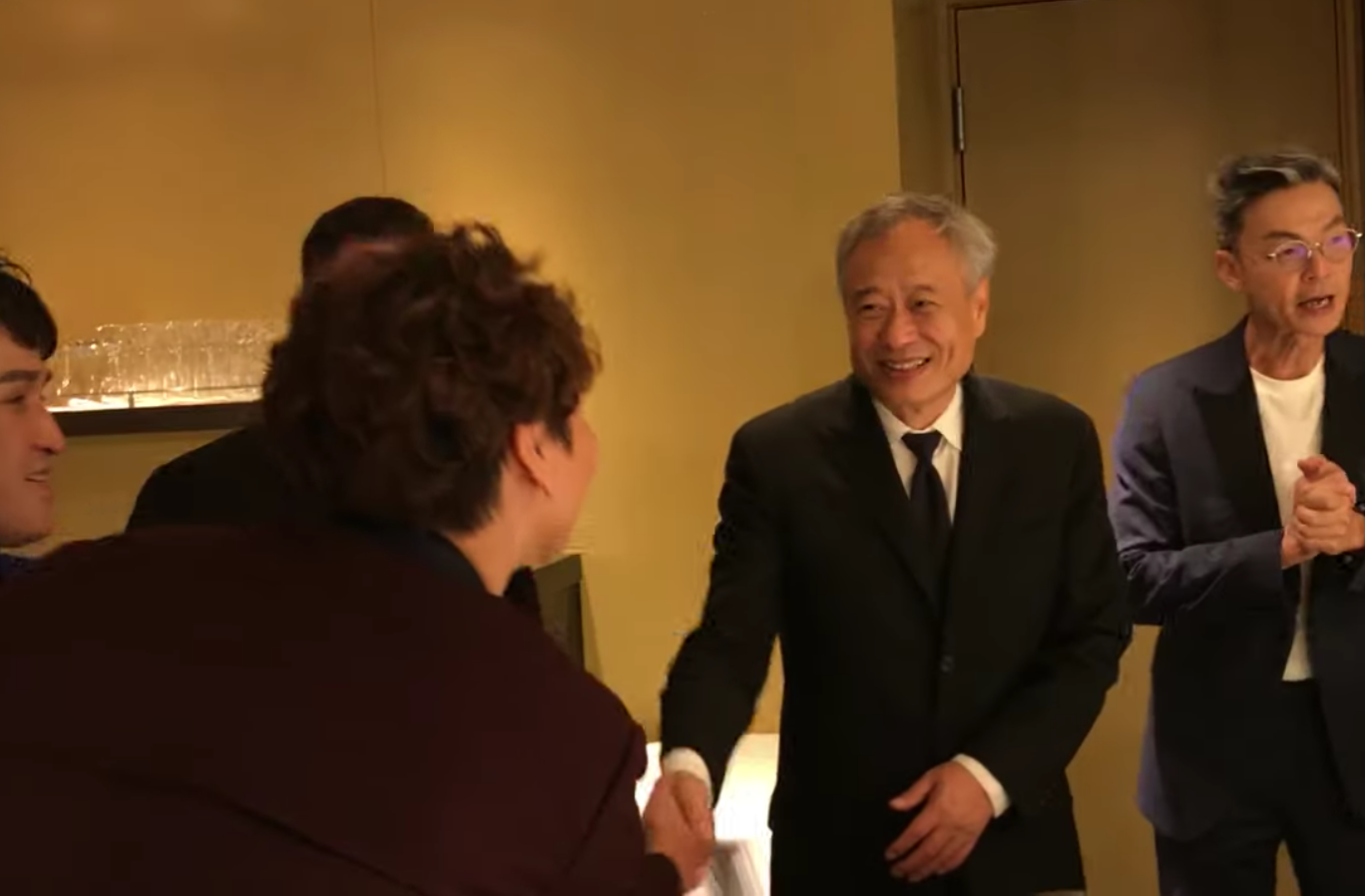 "It was an eye-opener," Mark described his experience at Golden Horse Awards.

He said that the team from Singapore was able to meet more people in the film industry and has learnt a lot from observing how the event is being organised and conducted.

In the video, Ang Lee was seen asking the "Number 1" crew if Golden Horse Awards 2020 experience was pleasant for them.

He then expressed his appreciation towards the crew for attending despite the ongoing Covid-19 situation.

All attendees from overseas had to undergo 14-day quarantine prior to attending the film festival on Nov. 21.

Ang Lee also told the crew that he had watched "Number 1" and enjoyed it.

At the end of the video clip, Mark reminded Ang Lee again to remember his "requests".

Ang Lee quipped back, saying that Mark has to remember it has to be free of charge.