A chubby tabby cat that went missing in Thailand only to return to its owner three days later, came back with a surprise: A notice of a debt it incurred while away.

The caption of the post read: “Gone for three days and returned with debt. #catslaves”.

Cat came back -- with message

The cat, which looked coy on its return after being away for a few days with no sight or sound, probably elicited sighs of relief from its owner when it showed up again. However, on closer inspection, the cat appeared to have come back with a message and looking unapologetic about it. The cat had apparently returned home looking not the worse for wear, but with a new collar and a notice hanging from its neck.

The handwritten message on the cardboard around its furry neck read: “Your cat kept eyeing the mackerels at my stall, so I gave him three. Aunty May at alley no. 2.” 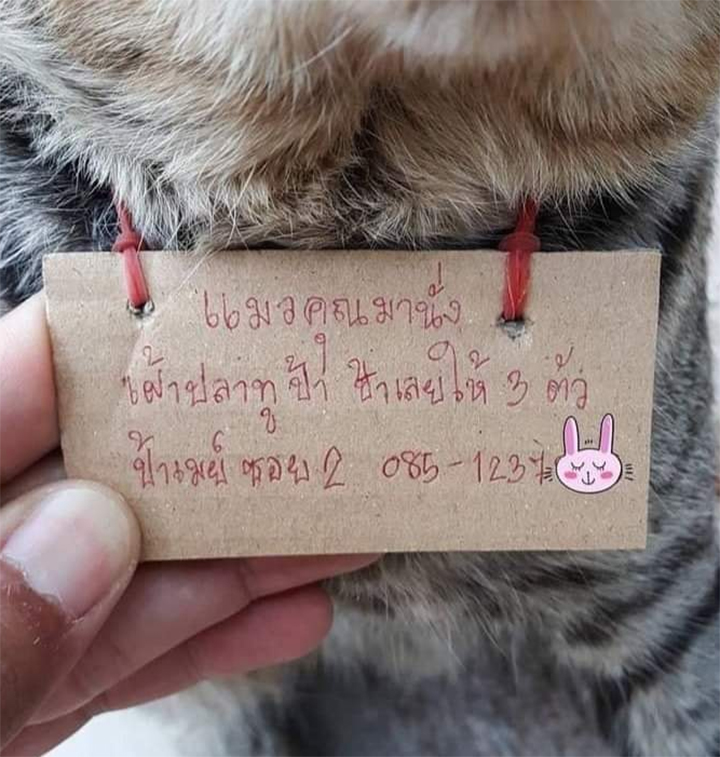 The phone number listed on the cardboard is partially obscured by the bunny emoji.

Reactions to the photos by Thai commenters were mainly "55555" and praising the mackerel stall owner for caring for the cat and having a sense of humour at the same time.