For some people, hearing that retail institution Robinsons was set to close meant joining in a long queue of shoppers to experience the store one last time.

But it seems that not everyone was keen to brave the rain, or even buy anything from the department store ever again.

Since news of the department store's impending closure, Carousell has seen an uptick in listings for Robinsons vouchers.

The once-useful gifts are being sold on the online consumer-to-consumer marketplace at discounted rates, presumably by those who don't see themselves rushing to catch a closing down sale.

This is because it is currently uncertain when Robinsons will be closing down for good.

One listing belonged to a user who said he was "currently at Raffles City". 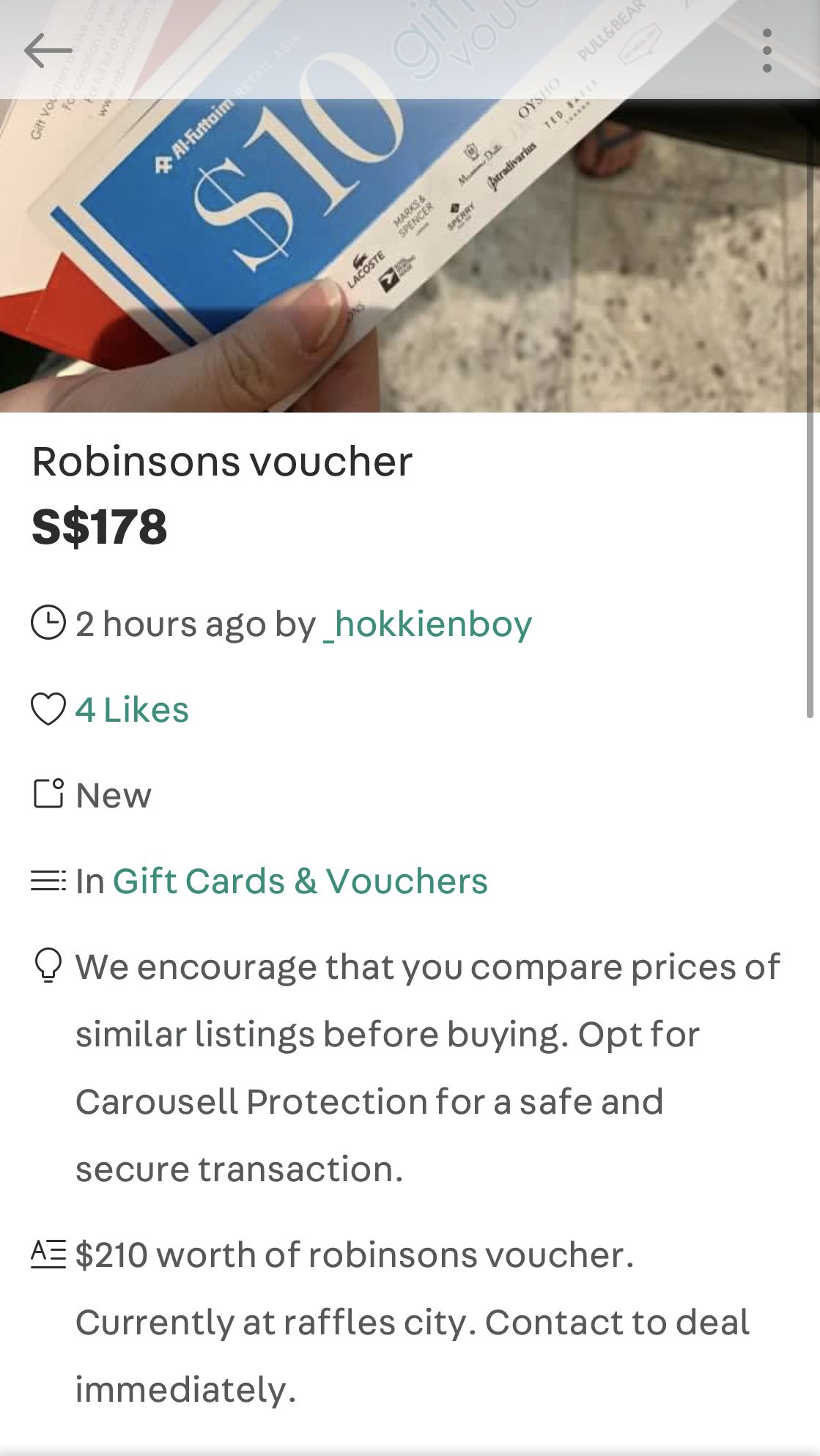 Despite being sold under the title "Robinsons voucher" the gift certificates are actually issued by Al-Futtaim, the Dubai-based conglomerate that owns the majority share in Robinsons.

The vouchers can thus be used at other retailers like Zara, Marks and Spencer, Pull and Bear, and Royal Sporting House.