A taxi crossing a traffic junction at Marine Parade recently suffered the wrath of one pedestrian.

A taxi subsequently made a discretionary right turn, whipping by pretty close to the man.

Close enough for the man to casually deliver a swift kick to the taxi's door as it drove by.

The man then continues on his way unimpeded and unbothered.

It is uncertain if the taxi stopped after taking the hit, or carried on driving.

Some in the comments sided with the pedestrian, stating that the taxi had driven much too close for comfort.

While others believed that the man could have crossed the junction faster. Several Facebook users also noted that junctions with discretionary right turns were a recipe for disaster, in their view.

This is especially considering the numerous accidents that have occurred in such locations. 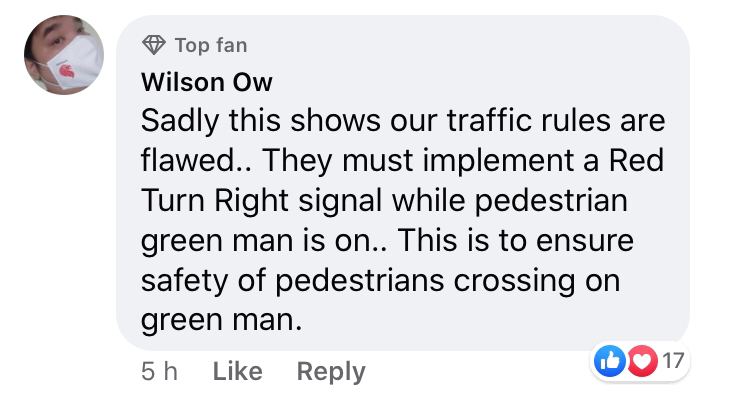