A Japanese tourist became the first tourist to set foot in the ancient Incan ruins of Machu Picchu after months of closure.

After arriving at a Peruvian village located near Machu Picchu on March 14, Jesse Katayama quickly found himself stranded because the Peruvian government declared a national state of emergency due to Covid-19.

Stranded in Peru due to Covid-19

Borders were closed and movement around the country was restricted, and Machu Picchu, which Katayama was planning to visit on March 16, was closed right before he had the chance to visit it.

The ancient ruins was supposed to be Katayama's last stop on his trip around the world, according to Kyodo News.

After over six months of waiting, the 26-year-old Japanese nearly gave up on visiting the ruins as he needed to return home for a qualification exam in November.

However, a local newspaper published a story about him with the headline "Machu Picchu's last tourist", which led to an influx of messages of support from Peruvians who said they would ask the village mayor to grant him entry to the ruins.

Eventually, Katayama was granted special permission to visit the site on Oct. 10, becoming the only tourist to set foot in Machu Picchu since March 16.

"I didn't think I would really be able to go. While the ruins were, of course, amazing, I was extremely touched by all the people that made it happen," Katayama said to Kyodo News. 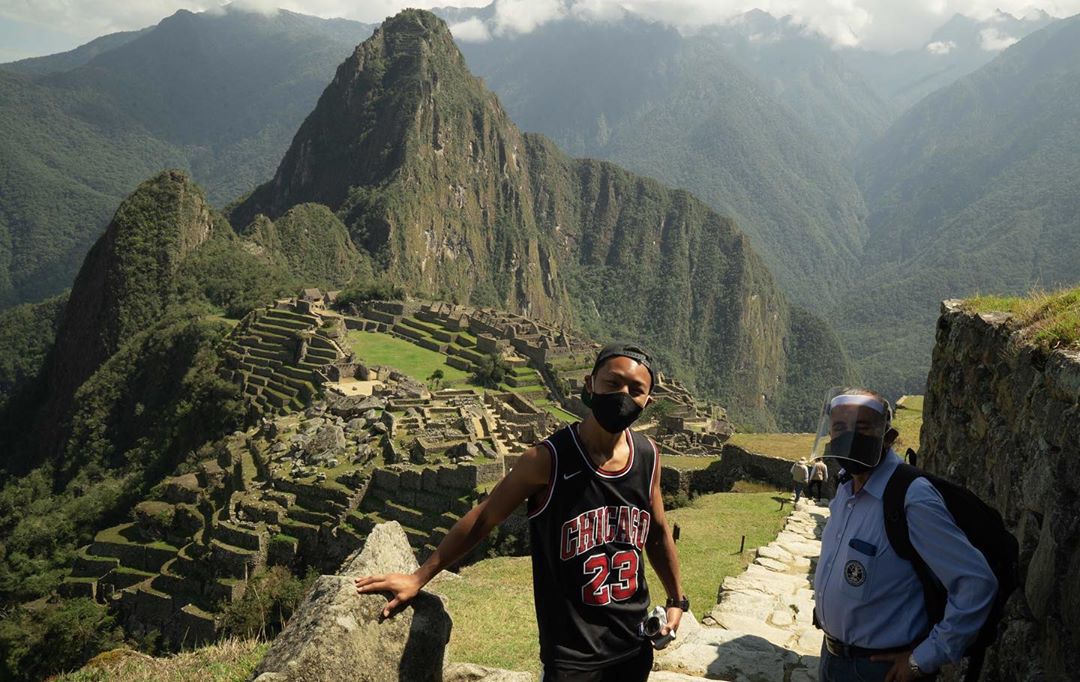 He also shared that he was very touched by the hospitality shown by the villagers over the past few months.

Made tourism ambassador of Machu Picchu

A charter flight was previously arranged for Japanese nationals stuck in Peru, but Katayama chose not to take it as he felt that the cost was too high. Getting to the airport was a challenge as well.

Instead, Katayama, who is a boxing coach, lived in Aguas Calientes near the Machu Picchu ruins, teaching boxing to children and learning yoga from his landlord.

To Katayama's surprise, he was officially appointed as the second-ever Japanese person to become the tourism ambassador of Machu Picchu, after Princess Mako of the Japanese imperial family.

After Princess Mako, I became the second Japanese person (to be appointed).

I heard that it was supposed to be just an interview, so I only wore my pyjamas and sandals. Sorry.

That aside, I've only brought basketball uniforms with me as well. Either way, sorry.

Since I've been appointed, I'll do my best!

Come visit the Machu Picchu once the Covid-19 pandemic is over!"