In 2008, a petrol station at 933 Upper Changi Road North was demolished. 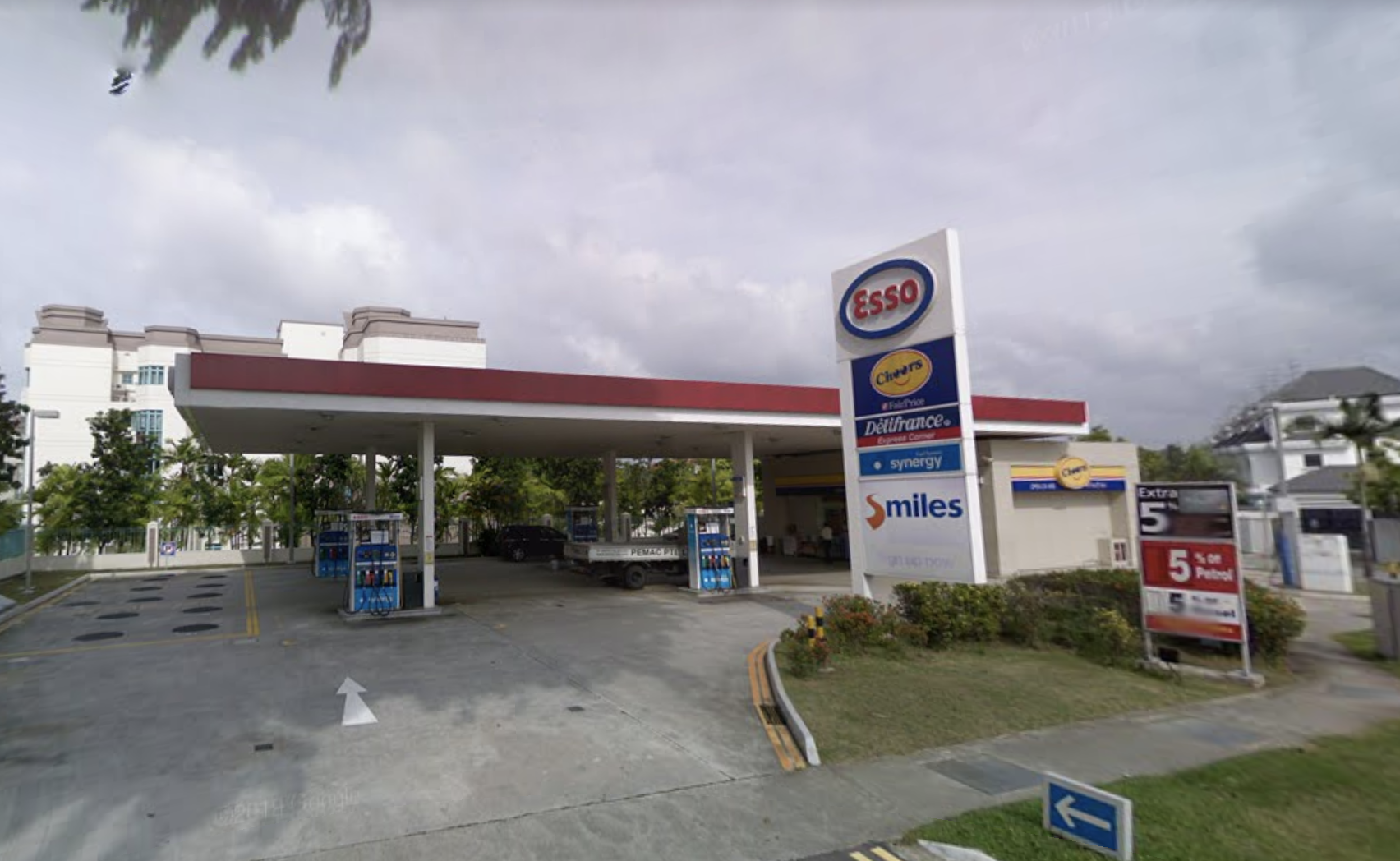 Some 12 years later, there is, for all intents and purposes, nothing on the spot where the petrol station once stood.

Well, technically there is a building there now, a mall, quite a sleek, shiny one at that.

But anyone passing by would be hard pressed to guess that's what it is. 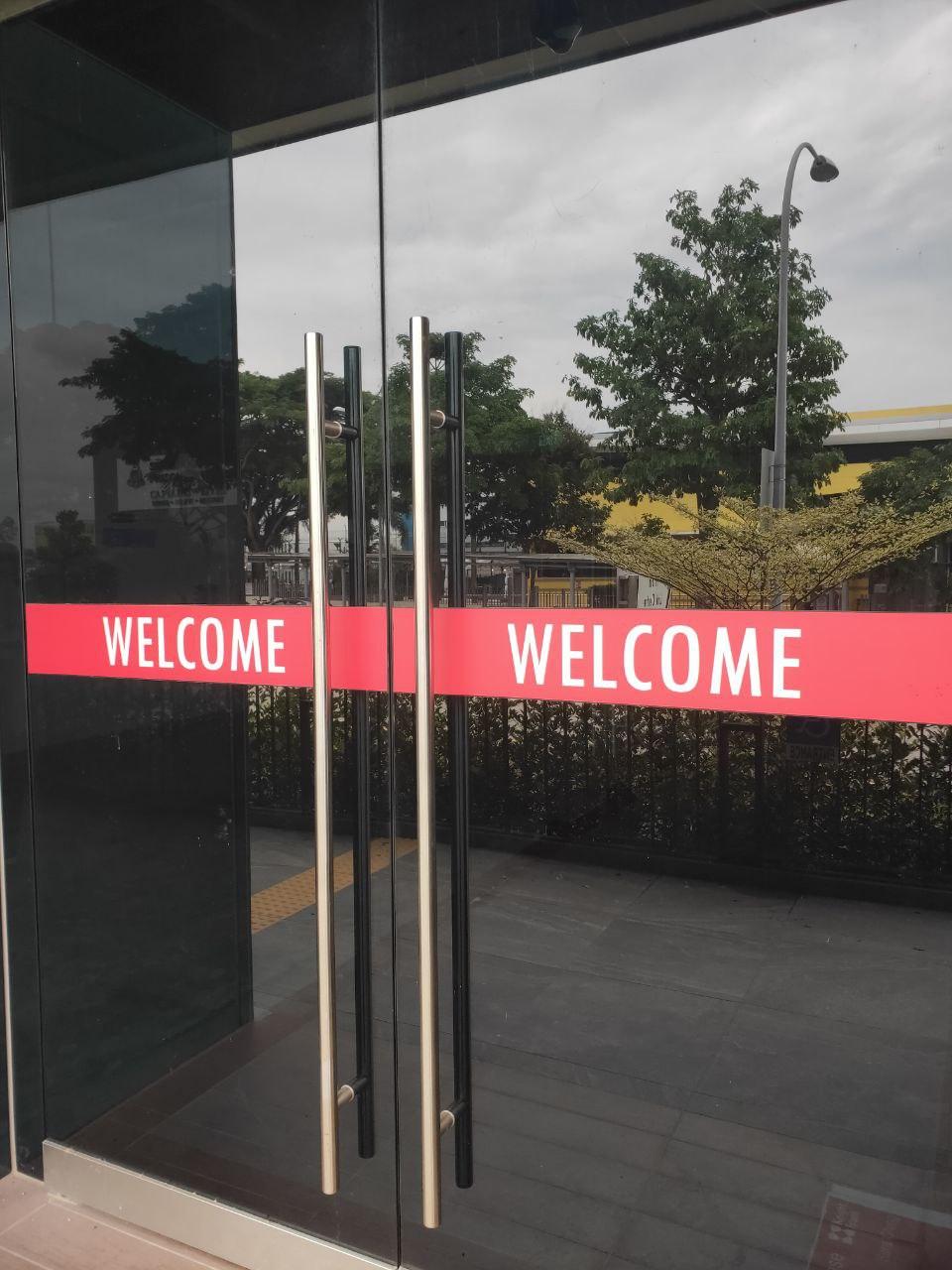 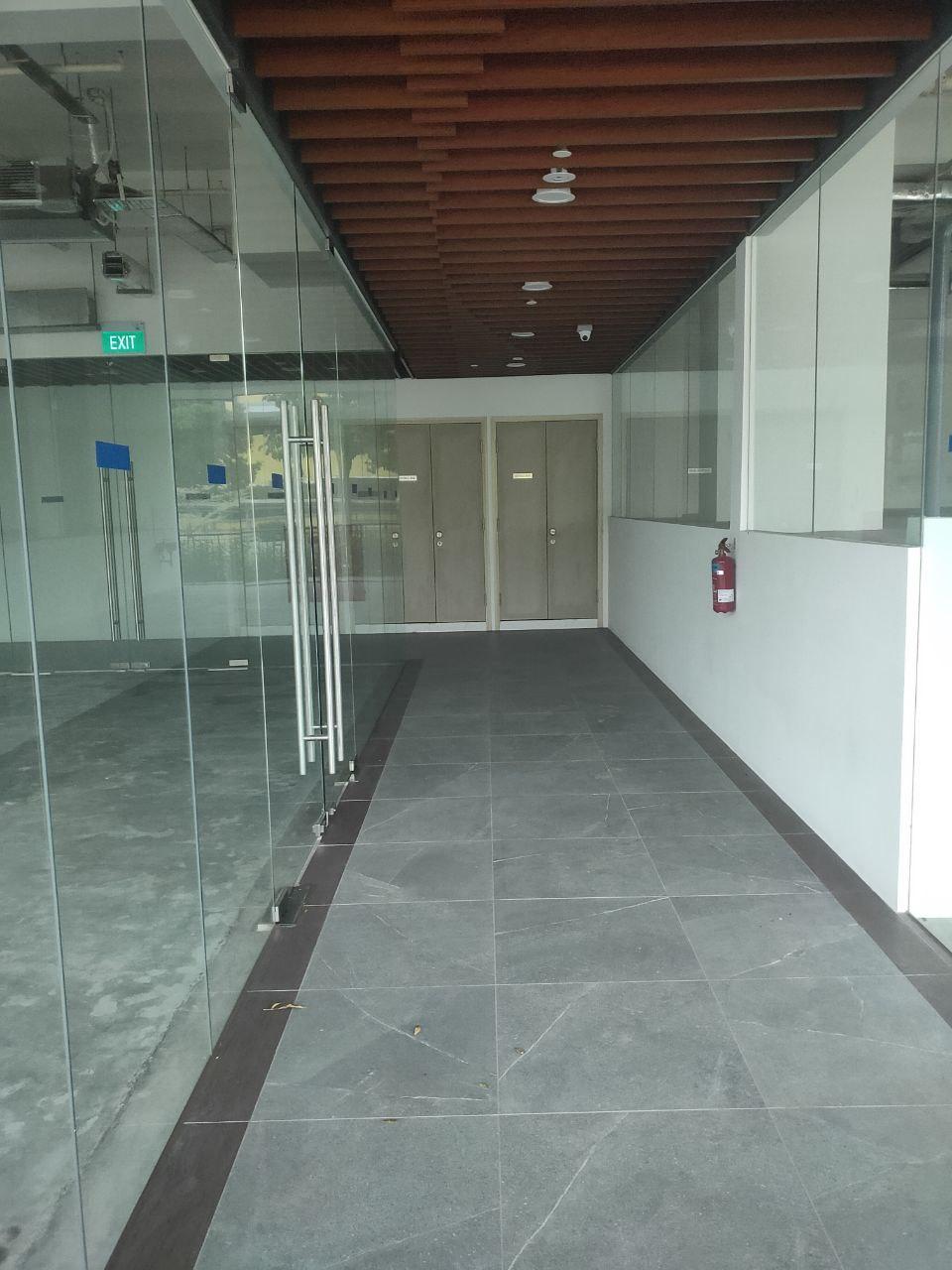 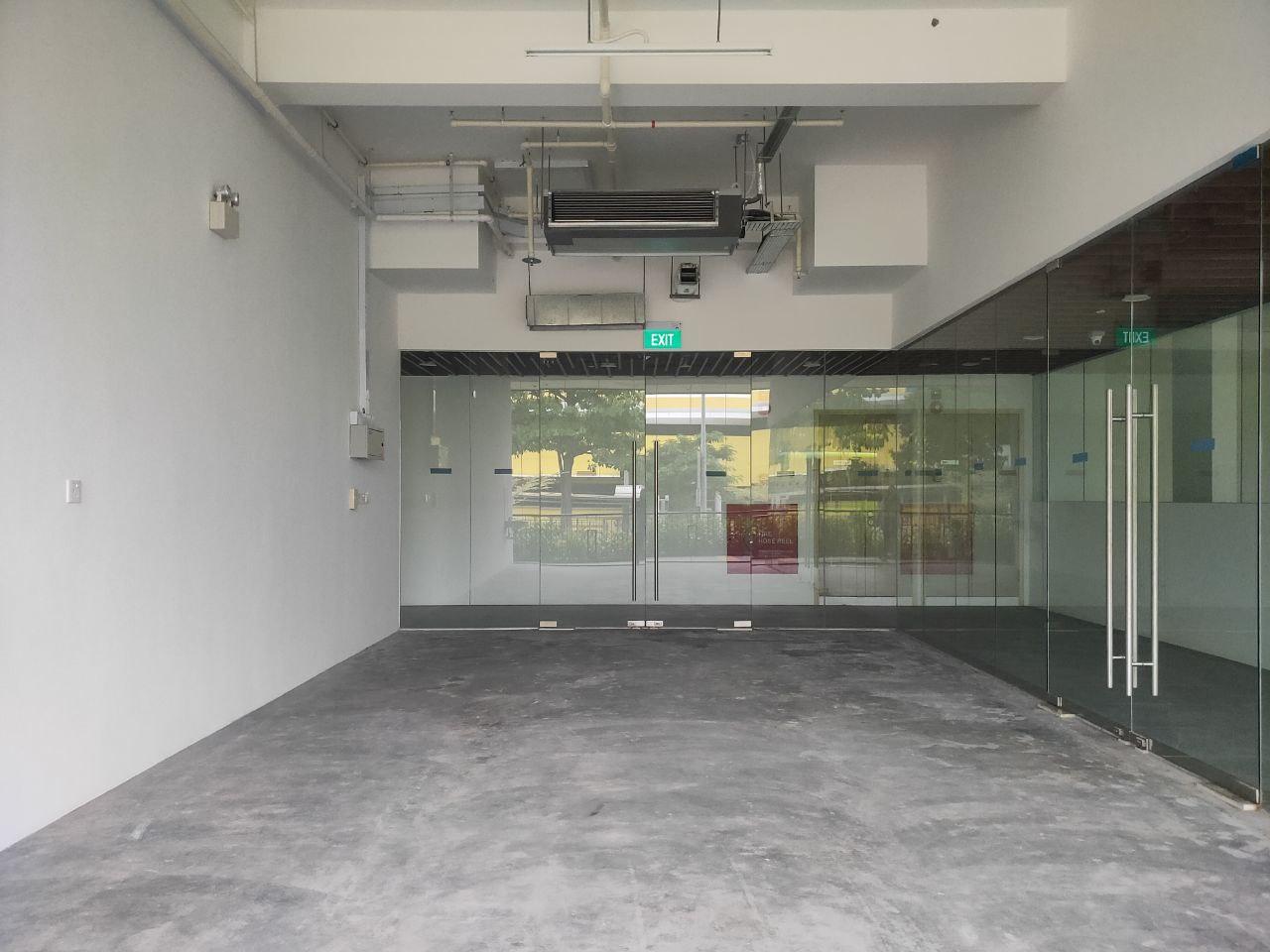 CNA first broke the news about the mall remaining empty months after its completion.

A picture on a Facebook group placed the date of completion of the building named [email protected] at around the second quarter of 2019.

When CNA approached the developers for comment on the state of the building, they pointed to two factors contributing to the emptiness of the mall.

1. Leasing of retail spaces was affected by circuit breaker measures in April 2020.

2. Planning guidelines by URA restricted trades such as cafes and restaurants, which the developer told CNA were essential in drawing traffic.

That's perhaps the main point in all this.

The mall is located at Upper Changi Road.

Across the road is Changi Prison.

Behind the newly enacted mall is Balotta Park, a condominium complex.

Next to Balotta Park is freehold terraced-housing development, Avila Terrace.

Other condominiums around that area include Edelweiss Park, Estella Park, and The Gale.

A 99.co report in 2019 noted that freehold condominiums, such as Ballota Park and Edelweiss Park Condominium, increased their value by over 28 per cent over a 20-year period.

Which sounds good, but pales in comparison to condominiums of the same age in Singapore's Outside Central Region, which increased by 56 per cent.

A possible reason for that cited by 99.co was the general ulu-ness of the area. Which is great for those looking for a cheap freehold condo, but might hamper residents from moving to another similar condominium in other parts of Singapore.

The general ulu-ness is exacerbated by what residents perceive as a lack of general amenities.

This is not a new problem.

While the ATM situation might have improved, the question of basic amenities, such as a place to buy groceries, arise.

A resident who CNA spoke to called for a nearby supermarket:

"I need a supermarket," he said, adding that nearest shops were in Loyang, about 2km or a 15-minute walk away.

When Mothership went down to Upper Changi North, most residents we spoke to expressed their hope that the mall would open soon.

Their top concern was the issue of convenience, more specifically having a supermarket nearby.

And it's clear where they saw a potential opening to house that hypothetical supermarket.

This is, of course, not the first time efforts have been made to build developments on the empty plot of land.

In 2011, two proposals for a four-storey and six-storey commercial buildings with shops on certain selected floors were rejected.

In 2012, a proposal for a four-storey hotel development, with 100 rooms, was rejected as well.

Responding to queries from Mothership, URA explained their decisions with regard to these rejected proposals:

"Other redevelopment proposals were not allowed for reasons specific to each proposal. For example, earlier commercial and hotel proposals were not supported as the proposed use or intensity were deemed incompatible with the surrounding low-density residential estate."

But what of malls? Much like the one standing empty right now.

It turns out, in 2008, URA had supported a proposal for the development of the site for residential use, but the developer had not completed the application process.

So some close shaves, ultimately all falling through, until this particular mall was erected.

But why, even after all the regulatory guidelines, is the opening of the mall being delayed?

As mentioned in the CNA article, one of the factors contributing to the empty mall was the inability to bring in desired trades like cafes or restaurants.

Which seems like a mighty big oversight, considering the stringent regulatory guidelines that ultimately led to the rejection of all those previous proposals.

According to URA's statement to Mothership, however, this was clearly laid out to the developer:

"URA conveyed to the developer in 2015 that restaurants, bars, health centres or nightclubs cannot be allowed in the development. This was to mitigate the impact on nearby residents, and in response to local feedback that F&B uses would exacerbate the traffic and parking problems in the neighbourhood."

In fact, the developer actually drew up a proposal that kept to those regulations.

"The developer followed through with a proposal comprising shop units only."

We have reached out to Fortune Assets Changi, the developers, for comment, and will update the article if they get back to us.

Perhaps their vision for the mall was similar to East Village, a mall about a 10-minute drive from [email protected] 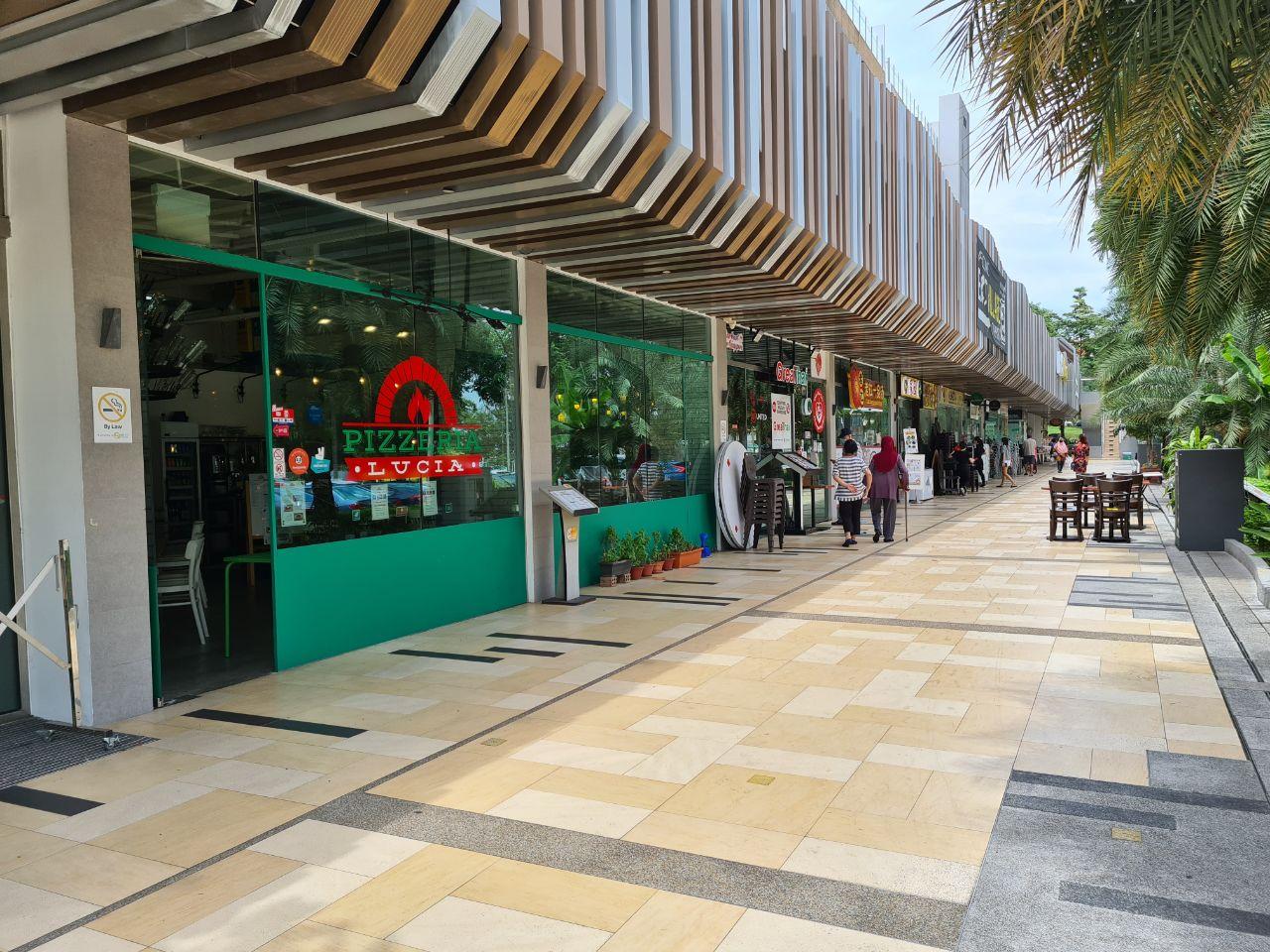 The surrounding houses, condominiums and terrace houses, are quite similar in makeup to the ones around [email protected]

East Village, however, does not have a blanket ban on eateries being set up, nor was that term in the initial proposal when it was created.

Which brings us to the same question at the start: What does [email protected] have in plan for the residents?

The developer told CNA they reiterated their objectives for the mall: "The objective of the mall has always been to provide quality amenities and services to the residents in the vicinity," the developer said.

Perhaps a supermarket then.