One man in Singapore apparently took issue with and confronted a parking enforcement officer inspecting his vehicle at a loading bay parking space.

A video of the encounter, filmed by the driver, was posted to the Roads.sg Facebook page.

The video was accompanied by the caption:

"Owning a car is really stressful. Evidence of ST (Singapore Technologies) officer issuing parking summons at a loading bay. ST officer claims that loading bay is only meant for 15 minutes parking and after that he will issue a summons. 15 minutes is a fair timing for loading and unloading of goods."

The driver approached the personnel and started questioning him about which company he works for.

Although the officer made clear that there was "no issue" with his vehicle parked at the loading bay, the driver continued to interrogate the officer.

The officer said that he was checking if the driver had season parking.

The driver then angrily recounted a previous incident where he was issued a ticket for parking in the same loading bay.

The officer attempted to clarify that if any driver parked in the loading bay was unloading goods, he would not issue a ticket, and reiterated that he was not issuing any ticket to the man behind the camera.

During the exchange, the driver also asked several times if the officer is a Permanent Resident or Work Permit Holder, to which the officer replied he is the latter.

You can watch the full clip here:

"Nothing to do with "Work Permit" or "Permanent Resident""

The video has since received backlash, with many in the comments section highlighting that there was no need to confront the officer for doing his job.

Suggestions were also given on how the driver could appeal if he felt the ticket issued was unfair, and that he could turn the hazard lights of his vehicle on if he was unloading goods.

Others stated that there was no need to question the officer's residency status. 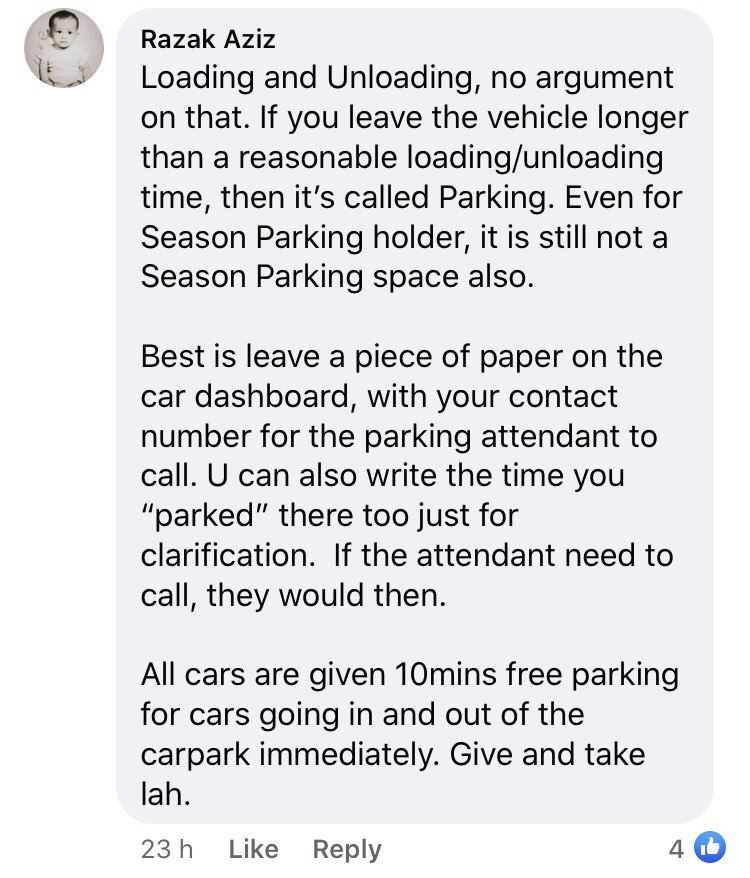 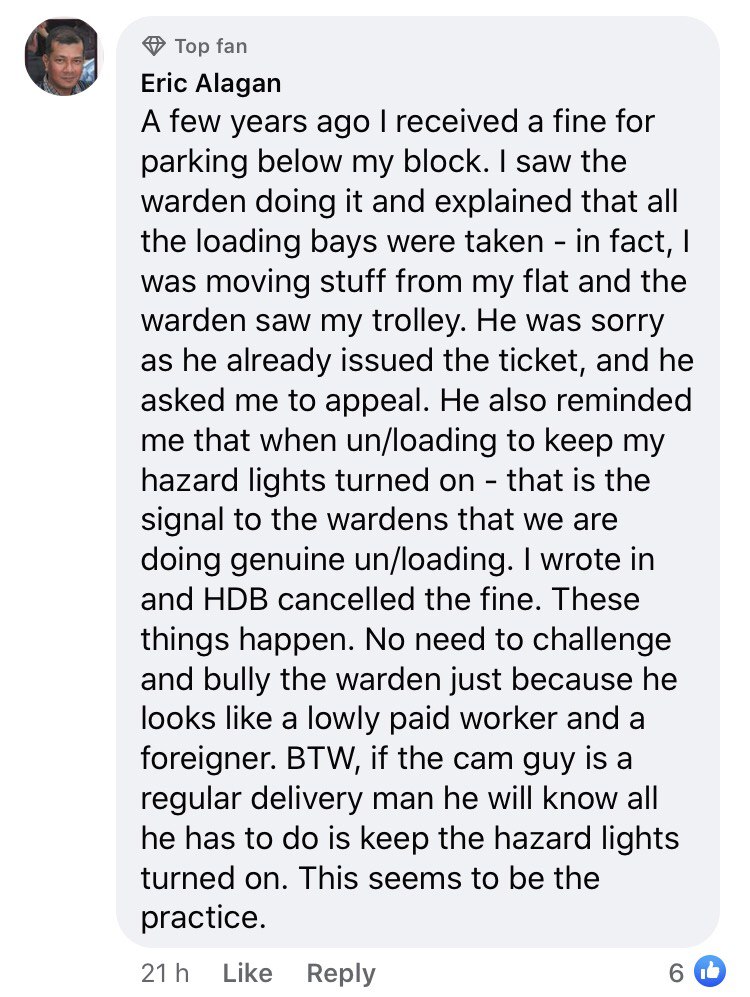 One commenter even thanked the officer for staying calm throughout the exchange.