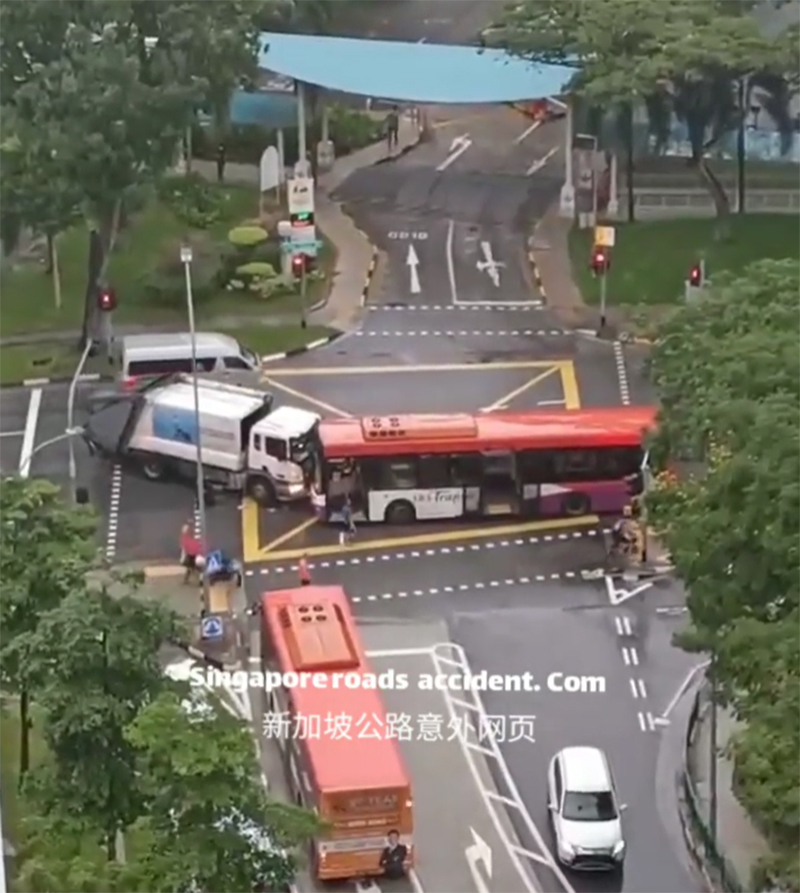 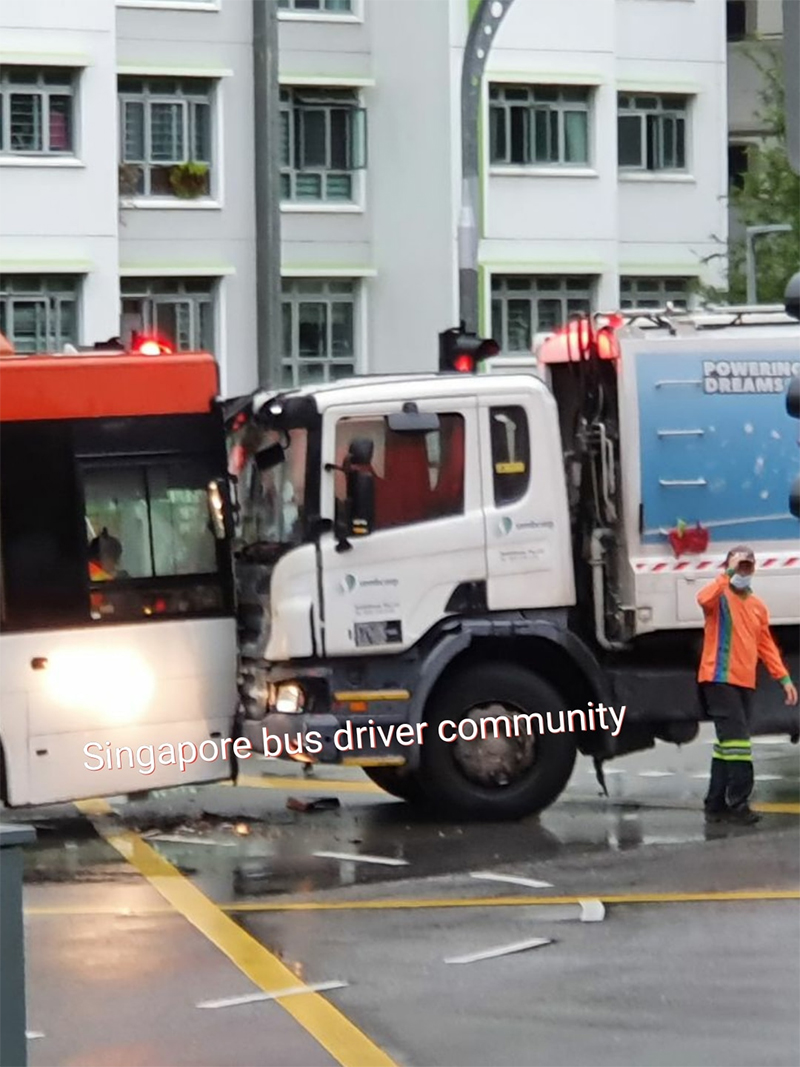 Based on the stationary position of the two heavy vehicles, it appeared that the truck was making a right turn, while the bus was moving straight when they collided and came to a standstill.

The Singapore Civil Defence Force (SCDF) said they were alerted to the accident at about 7:33am at the traffic junction between Chai Chee Road and Chai Chee Street.

At least two lanes at the junction were blocked by the bus in the aftermath of the collision.

Due to the accident, public buses plying those roads had to be diverted away.

Bus service 229 had to be diverted away.

The SBS Transit feeder bus had to skip three bus stops right before Bedok interchange due to the accident.