A boy had his foot trapped in an escalator today (September 13) at VivoCity.

Tiktok user @wonraekang0523 captured the incident and uploaded it onto the platform. You can view it here.

In the video, a couple — presumably the child's parents — can be seen next to the boy. The man is holding the boy while the woman crouches nearby. From the video, it appears that the boy's foot got stuck in the side of the escalator. 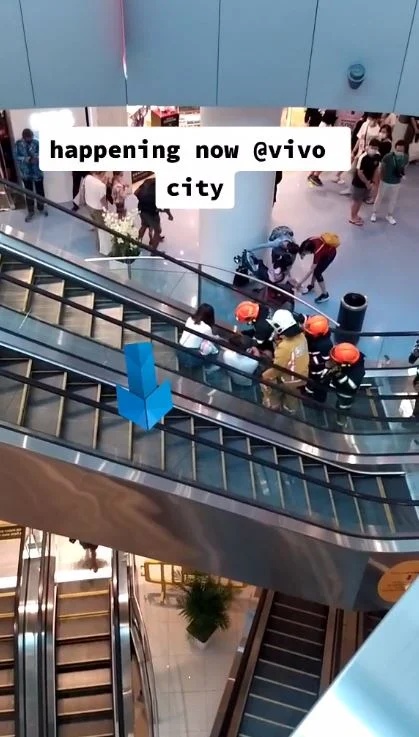 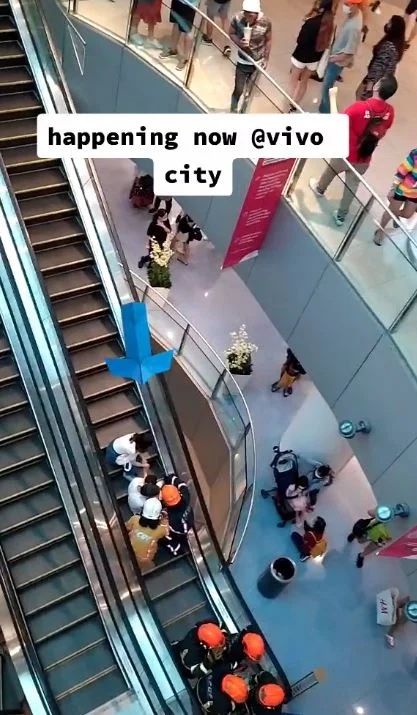 SCDF personnel can also be seen in the video.

When contacted by Mothership the SCDF said they were alerted to an incident at 1 Harbourfront Walk at about 2:20pm on September 13.

When they arrived, they found a boy with his foot lodged in an escalator.

The boy was also sent to National University Hospital, according to SCDF.