Singapore ushered in the weekend with heavy morning showers falling all over the island on Saturday morning Sep. 5. 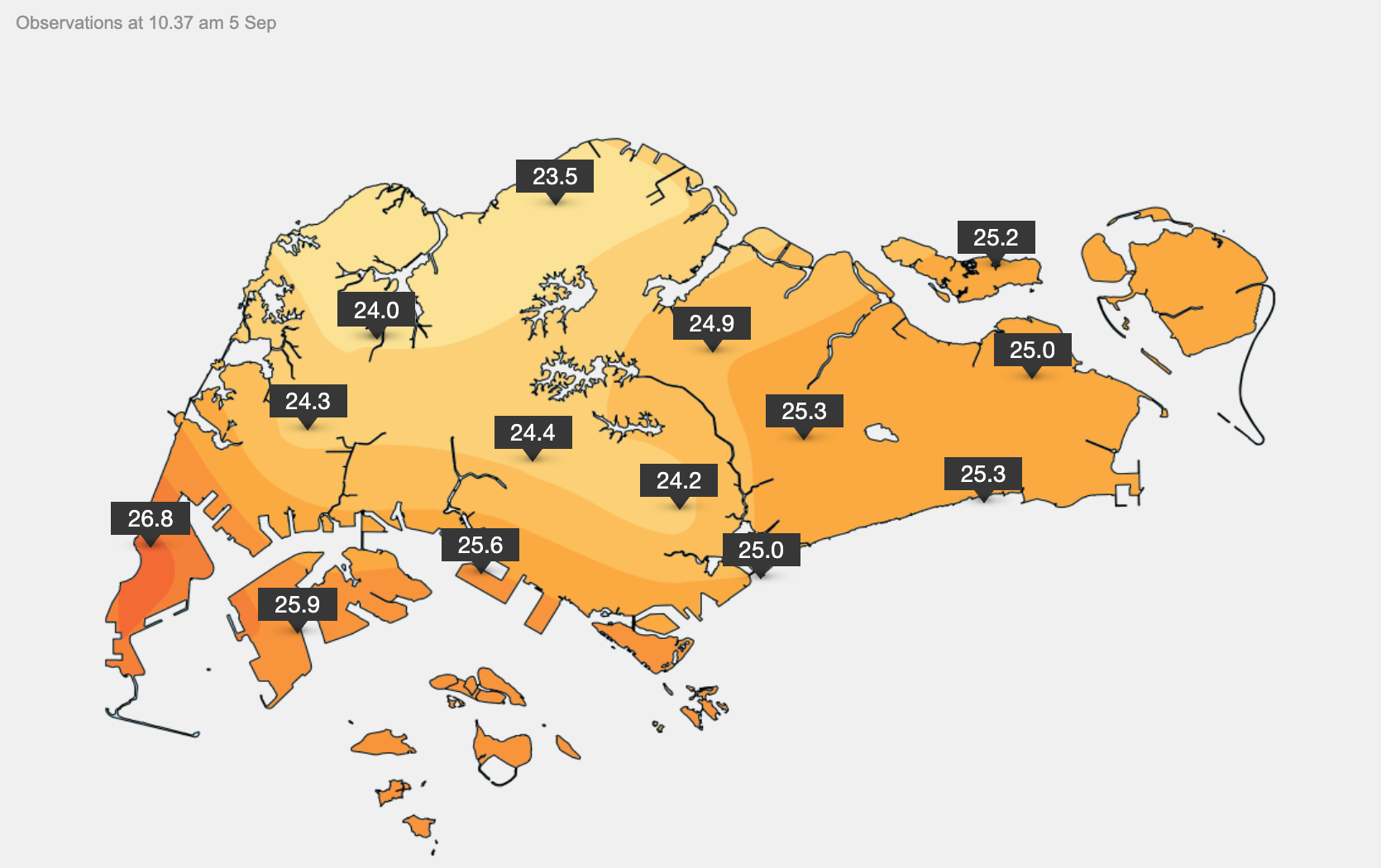 At 10:37am, weather stations at Newton, Ang Mo Kio, Jurong West, Tengah and Admiralty recorded temperatures below 25°C, while Admiralty was at a chilly 23.5°C.

Marina Barrage and Changi recorded a temperature of 24.9°C at 10:47am.

By 11:40am, the cold front shifted east, where 23.6°C temperatures were recorded in Changi. 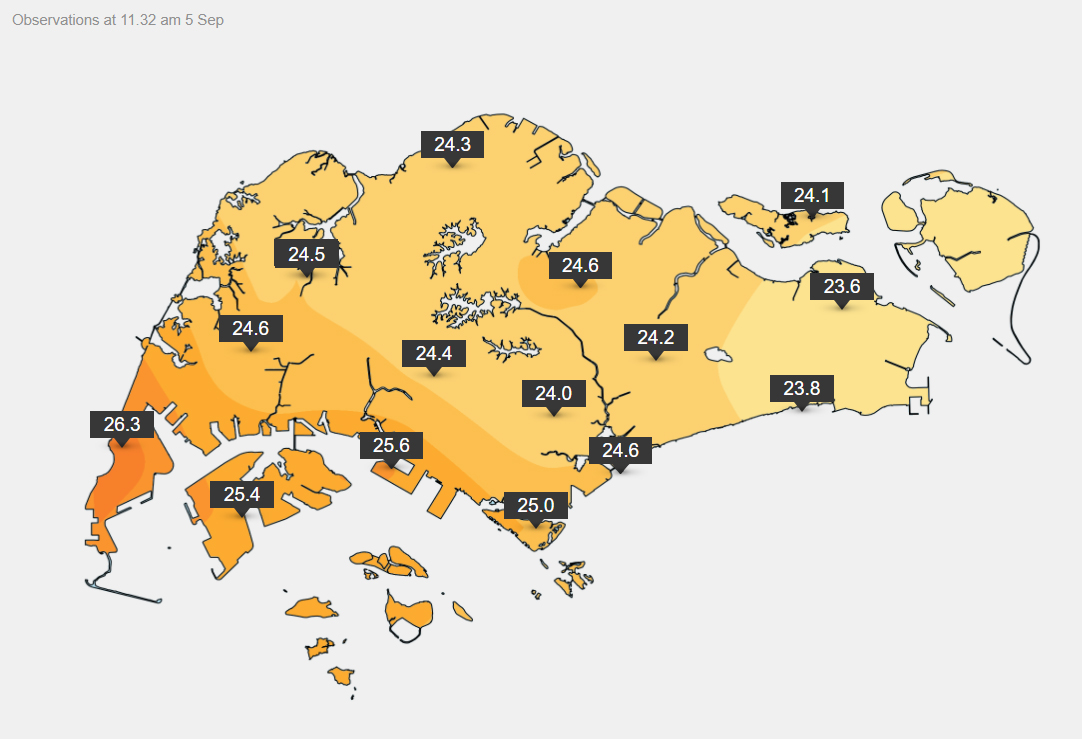 Moderate to heavy thundery showers with gusty winds were expected over southern and eastern areas of Singapore between 11:00am and 11:40am, according to the Meteorological Service Singapore.

Due to the prevailing southwest monsoon conditions, the monsoon rain band is expected to lie close to the equatorial Southeast Asia region for the first half of September.

Wet and humid weather is expected to persist in this time period, with late morning and afternoon thundery showers on most days.

Widespread thundery showers with gusty winds are expected on one to two mornings.

Daily temperatures may fall between 24°C and 33°C on most days, reaching around the maximum temperature of 34°C on several days, resulting in several warm nights.