Truffle, salted egg, and bubble tea - these are just some of the mooncake flavours in recent times that have shocked a few, but have also pleased many, many more.

To some, the unbridled and unending innovation of mooncake erodes the traditions of a Chinese pastry packed with over a thousand years of history.

But delve into the history of the mooncake and we’ll see that perhaps today’s premium 24K gold-infused salted egg mao shan wang durian mooncake topped with caviar and truffle delivered to you in a Lamborghini (*breathe*), may well be made in the same spirit as the traditional mooncake (somewhat). Okay, maybe there’s no such mooncake (yet) but you get the idea.

To understand the mooncake, we have to go back many moons ago, to a time before mooncakes.

Mid-Autumn Festival and a time before mooncakes

The moon has always held significance for the Chinese. The ancient Chinese used the phases of the moon to determine the days. Even the Chinese calendar is termed as the Lunar calendar (though it is actually lunisolar), with each month beginning on the day of the new moon.

In the Shang dynasty (1600–1046 BCE), the autumn full moon took on added significance. Ancient chinese used it to celebrate the end of the autumn harvest.

But it is believed that the term “mid-autumn” was only first used during the Zhou dynasty (1066–221 BCE). It appeared in Rites of Zhou or 周礼 (Zhōu lǐ), a work that describes the organisation of government during the first half of the Zhou period. While the Zhou dynasty did not see the emergence of the mooncake, it set in motion the Mid-Autumn Festival and the mooncake tradition.

The birth of the mooncake

By the Tang Dynasty (618-907), the Mid-Autumn Festival was established to fall on the 15th day of the 8th month of the lunar calendar, where the moon would be at its fullest and brightest. It is believed that people began eating mooncakes during this period, as the legend goes.

Subsequently, the Song Dynasty (960-1279) witnessed the start of the making of exotic mooncakes, and the practice of gifting mooncakes to symbolise reunion.

According to our infopedia, in the Yuan Dynasty (1206-1341), mooncakes were believed to smuggle secret messages to coordinate a rebellion against Mongol rule. The message was blunt - kill the rulers on the 15th day of the 8th lunar month. It was either hidden within the mooncake, or coded through four mooncakes which could be decoded by cutting each mooncake into four parts and then piecing the 16 separate portions. After which, the message could be destroyed simply by eating the mooncakes.

Today, we understand the traditional mooncake to be a round-shaped pastry filled with a thick lotus or sweet bean paste filling and a ball of salted golden egg yolk. The combination makes for a complex taste that is part sweet, part savoury, fully flavourful.

The meaning behind the mooncake is equally rich. Its roundness conveys togetherness and completeness while its exterior is often carved with imprints of Chinese characters that represent “harmony” or “longevity”.

So it seems with time, the mooncake has become a pastry that brings people closer whether through its gifting or through its symbolism.

A thousand years or so later, much of the same spirit of mooncakes has remained. Here in Singapore, the practice of gifting mooncakes is an integral part of the Mid-Autumn Festival celebrations.

Where to get your mooncake fix

One place where you can marvel at the many mooncake offerings is Oddle Eats Online Food Festival – Mooncake Edition. 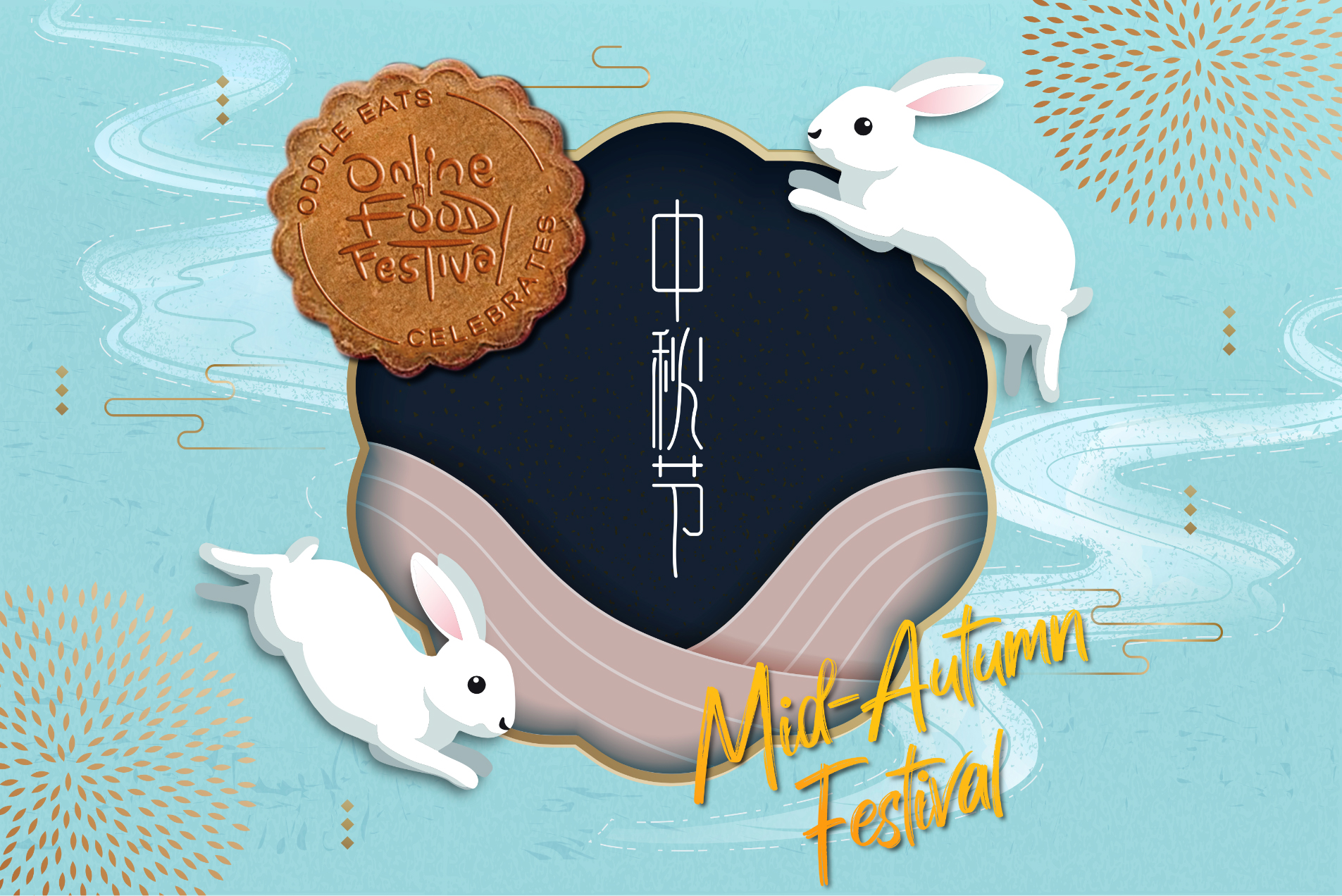 The great thing about the festival is that it invites you to what is essentially a marketplace of mooncakes which offers tried and tested classics to more unique flavours.

If you’re having trouble deciding which mooncake flavour is your favourite, there are also mooncake themed Instagram filters by Oddle Eats to help you decide. Like mooncake roulette.

Customers who spend a minimum of S$120 on mooncake orders in a single receipt during the online food festival will also get a limited-edition ceramic tea set (worth S$68) and a specially curated selection of premium rose and golden chrysanthemum teas.

Even as mooncakes are commercialised and experimented to what seems far from its traditional forms, so long as we continue to practise gifting mooncakes in all its whacky forms to surprise someone dear and as a gesture of togetherness, the tradition of mooncakes shall continue to leave a very pleasant taste.

This sponsored article got the writer thinking about mooncakes.