Those who have been following her closely will not be surprised by the last title, as Aw has attended patisserie courses at Le Cordon Bleu in Bangkok and Japan.

Baked something new, because it’s my mummy’s birthday. Contains custom made liquer for the occasion as well. Have a great National Day weekend everyone ❤️

In addition to sharing her recipes on Instagram, the 41-year-old has also started selling her desserts in online bake sales.

It all started when a friend asked me if she would ever get to try my bakes and she said she would place an order! One order led to the next, and then #WhatTheFudge came to have a life of its own. I finally opened up limited slots to all of you a few days ago.. I believe some of you have already received WTFudge and others will be getting them over the next few days! Thank you for the overwhelming response, I do hope you enjoy the brownies. There are still many DMs coming in, both on @bao_peektures and my account, asking about orders. We’ll let you know when we will be ready to take orders again. And in case you were wondering.. No, I wasn’t playing with your food while taking this shot 😂 This WTF brownie is mine. #JAbakes 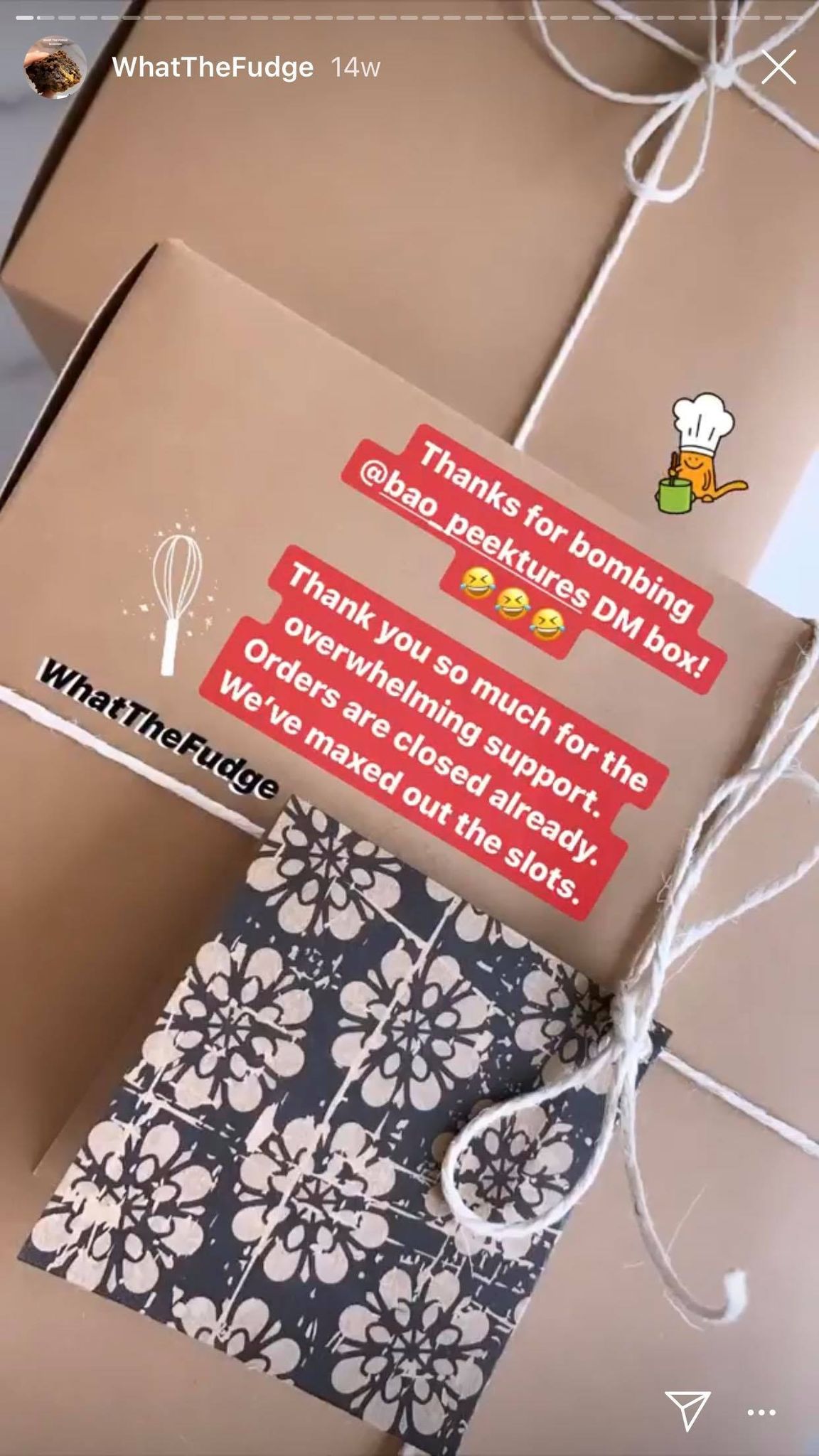 As a result of the demand, naysayers have accused Aw of taking away business from other online home bakers.

According to Shinmin Daily News (SMDN), some pointed out that the actress already had a high income, and should therefore spare a thought for other home bakers who were doing it for a living.

In response to these comments, Aw told the Chinese daily that it's the first time she's heard of such logic.

"Singapore's F&B scene is bustling with tens of thousands of stores, and the Covid period has also brought about many new home-based businesses, why are they picking on me alone? Because I'm a celebrity?"

I put aside my work to pursue the patisserie cert, and will eventually open a store. What will people say then? I'm really quite curious. During this period, I've only been baking when I'm free, spending only a few days out of each month to do so."

Aw also retorted the detractors, saying that might as well expend the energy on their own businesses.

When asked if she will stop selling her bakes due to the online chatter, Aw said that she continue with her business, as it was something she liked to do.

There are also many who have left encouraging messages, she added, and those have served as a great source of motivation.

If you're keen to get your hands on the brownies, you can keep an eye out on Aw's Instagram profile.