There is a place in Los Angeles where one can rent a studio that looks like a private jet.

So, why are people talking about this place?

Because Influencers have rented the place to take photos in, some with the implication that they are actually travelling on a private jet.

Twitter user maisonmelissa shared photos of the set, saying that "LA ig girlies are using studio sets that look like private jets for their Instagram pics."

She added, "It's crazy that anything you're looking at could be fake."

Her tweet has since gone viral with over 39,000 retweets. 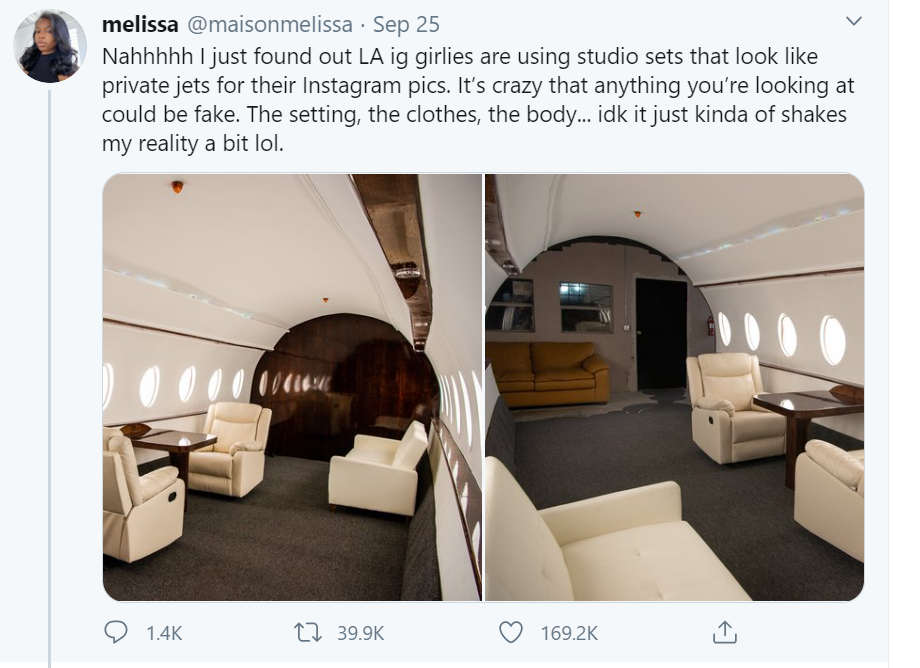 Someone had replied to the thread pointing out a photoshoot done by Kennedy Cymone:

Who else catching flights not feelings this Valentine’s Day? 😭💅🏽♥️ @savagexfenty

The place has also been used to film TikToks: 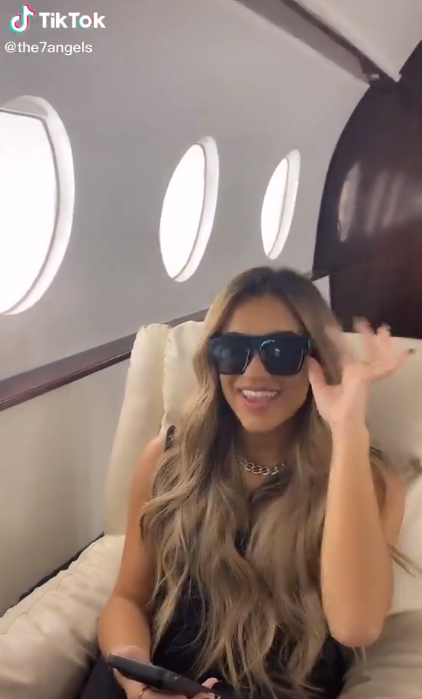 Another social media user based in LA, Rome Grant, compiled screenshots of influencers who have taken photos at the studio as well:

In response, Azra Mian had also clarified saying that she never said she was on a real jet: 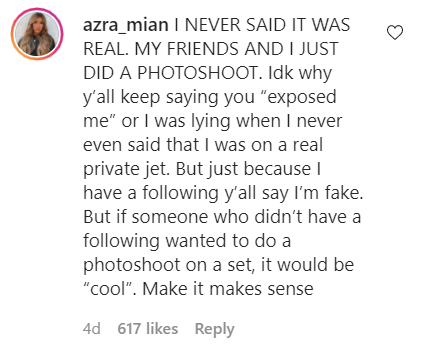 Information about the studio

According to the peerspace page, the studio is available for rent from US$64 (about S$88) per hour.

The space comes with stage equipment as well, and only up to six people are allowed for a booking due to Covid-19.

No smoking or alcohol is permitted on set, and all ages are allowed.

The space is available for photo or video shoots.

Most of the reviews on the peerspace page are also positive.