At 10 years old, a lot of Singaporean children would keep themselves occupied with school revision or playing with their friends at the playground.

Esmond Liu, however, was busy selling marbles to his friends in school.

Entrepreneur since he was 10

As a Primary 4 kid, he would make trips to a neighbourhood aquarium store to purchase packets of marbles to sell them in school.

Liu would then sell each marble for between S$0.20 and S$0.50, depending on the size and design.

“Back in the days, boys will play with marbles during recess time to win as many marbles as we can. My schoolmates buy from me because they can’t choose the designs if they buy it in a pack.”

This, it seems, was just the beginning of his entrepreneurial journey.

At 17, he started a short-lived publication business which he had to close the following year when he had to serve his national service.

He entered the IT service and repair industry when he was 22 and bought his million-dollar property six years later.

Now in his 30s, Liu has become the boss of his own holding company, which he founded in Dec. 2019.

Surprisingly, all it took was a faulty laptop to get him to where he is today.

Upon completing his national service in 2009, Liu bought himself a second-hand Macbook that he had found on a HardwareZone forum for S$450.

There was one problem, though.

As a long-time Windows user, he wasn’t familiar with Apple’s operating system, and thus decided to put it up for sale online.

He said: “I didn’t know how to use it, the interface was totally different from Windows.”

But before doing so, he realised that he had to fix a couple of other issues: The laptop’s DVD drive and keyboard were faulty.

Unfortunately, he couldn’t find a reliable service provider to fix his laptop.

“11 years ago, Apple wasn’t as popular as it is today so it wasn’t easy to find a specialised repair service provider. Either the replacement cost was crazy expensive, the reviews on the provider weren’t promising, or the parts needed weren’t readily available.”

Not satisfied with the current repair service providers in Singapore, he decided to take matters into his own hands.

Considering himself a rookie back then, he said it took him two weeks to source for the missing parts and repair the laptop. 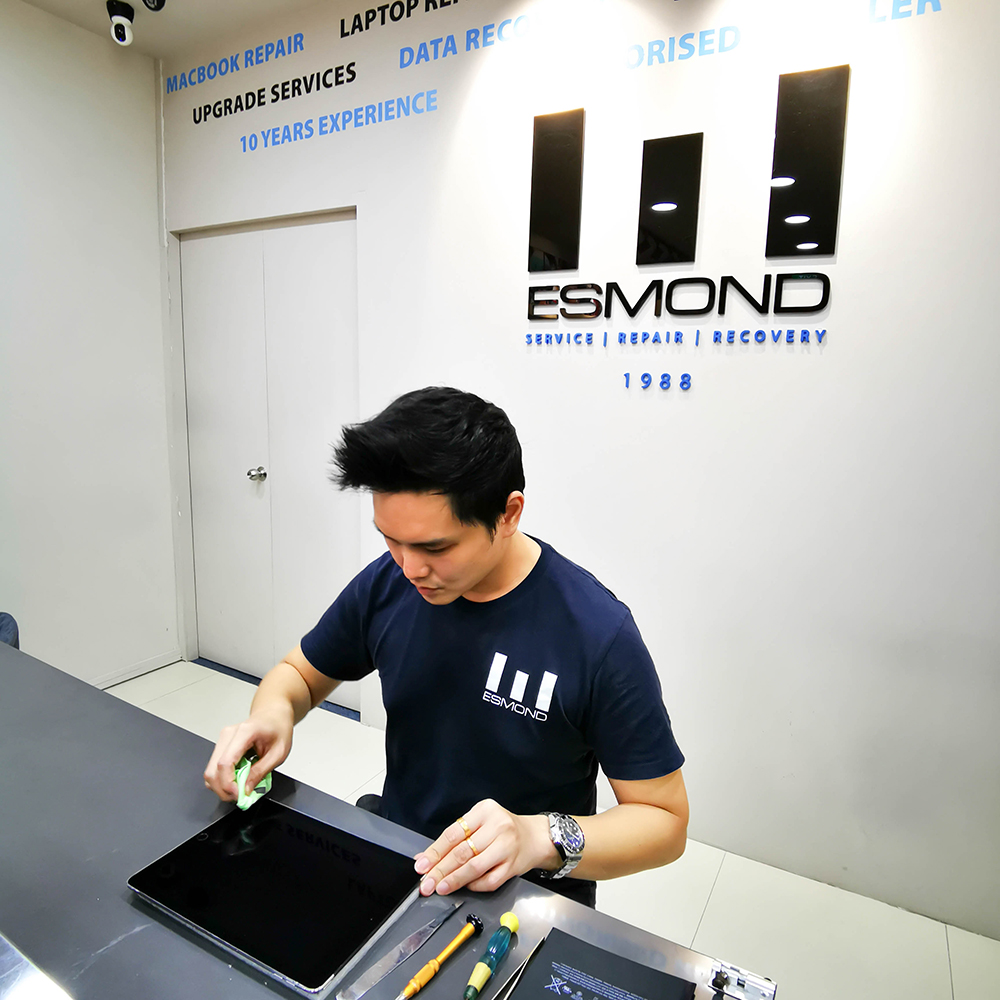 He said: “ I learnt how to repair it myself through trial and error. I would simply unscrew any screws I see and figure the rest out myself.”

Only then did he manage to sell the refurbished laptop at S$650.

Selling his first repaired laptop sparked an interest to open his own repair service centre.

However, there were some hurdles he had to overcome.

Surviving on bread and baked beans for six months

One of the bigger problems he faced was not receiving the support of his family who saw “no future” in his career of choice.

“My entire family didn’t approve [of my job] and saw no future in me doing business. They wanted me to get a job with a basic salary. It wasn’t easy to go through, but I always believe in myself.”

Calling it a “do or die” situation, he used the last S$2,000 of his savings to start a business back in 2009 with two other partners.

The three of them were the only staff they had and they would do all the repairs by themselves.

To keep the business afloat for the first six months, he ate only bread with canned baked beans.

Not taken seriously by suppliers

Even suppliers didn’t take him seriously, often mistaking him and his team for a group of polytechnic students.

“It was extremely difficult to find suppliers. They didn’t take us seriously as we were young and new. They provided us with quotes that were just a few dollars below the retail price. One supplier even thought we were starting a polytechnic project.”

He also rented a small office that was just under 110 sqft, which was barely enough space to seat the three of them and store their inventory.

“At that point in time, the common toilet in the building was bigger than our office.”

At that time, they would repair 10 devices a day and were open seven days a week.

He said: “We repaired around 1,000 devices during the first six months of business. We advertise ourselves on Google and in forums like HardwareZone.”

But his hard work and perseverance paid off, eventually.

In a matter of six months, they managed to get enough business to expand to six times its original office space.

They went on to make a name for themselves as one of the largest service centres in Singapore.

However, after close to 10 years, Liu decided to sell his shares to his partner in 2019 to start his own brand service centre.

“I’ve always wanted to start my own line of products and to products and to create a brand that can relate to people. I figured the only way for me to improve myself and be better is to get out of my comfort zone.”

Founded in Dec. 2019, Esmond Service Centre (ESC) serves and caters to a variety of consumers including public end consumers as well as schools, small-medium enterprises and multinational companies. 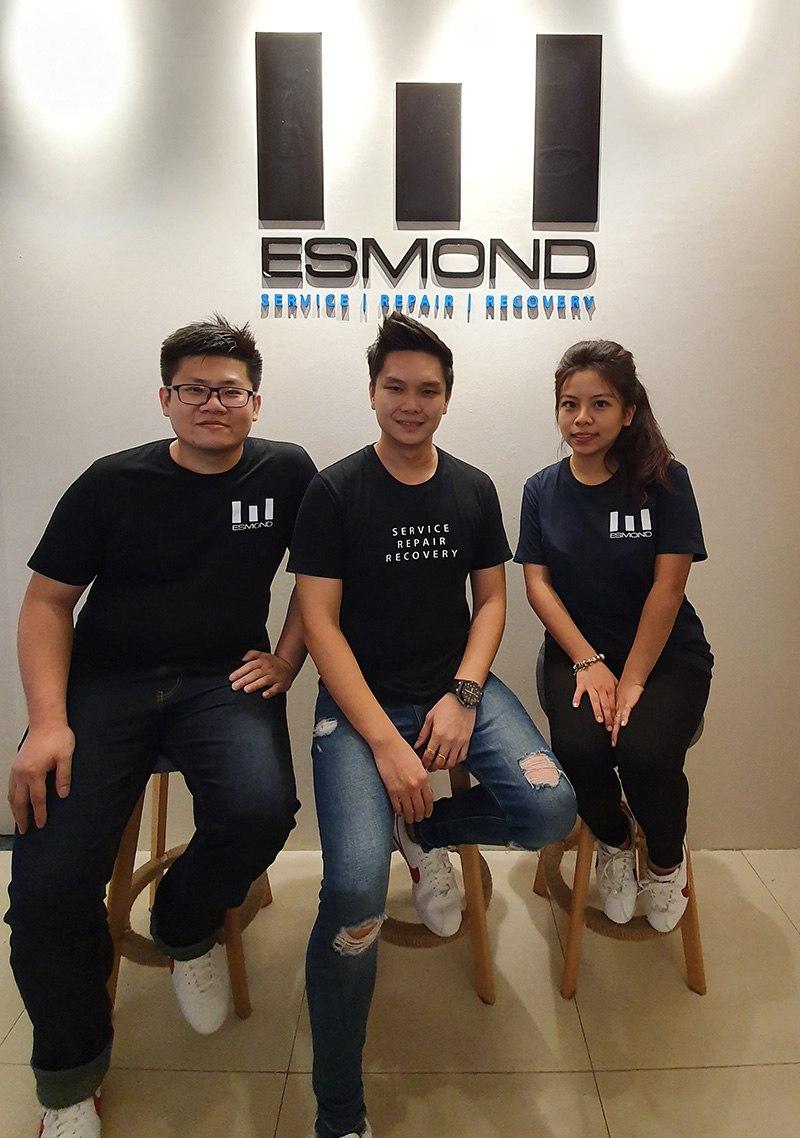 Apart from being a repair service provider, ESC also aims to release its own manufacturing line-up consisting of both lifestyle and IT products, including foldable bicycles under 10kg, by the mid-2021.

With a service centre at Alexandra Retail Centre, Liu’s latest ambition is to provide fast and affordable repair service in Asia and to build relationships with all his customers.

He encourages others to continue to believe in themselves, just like he did, even when going through adversities in life. 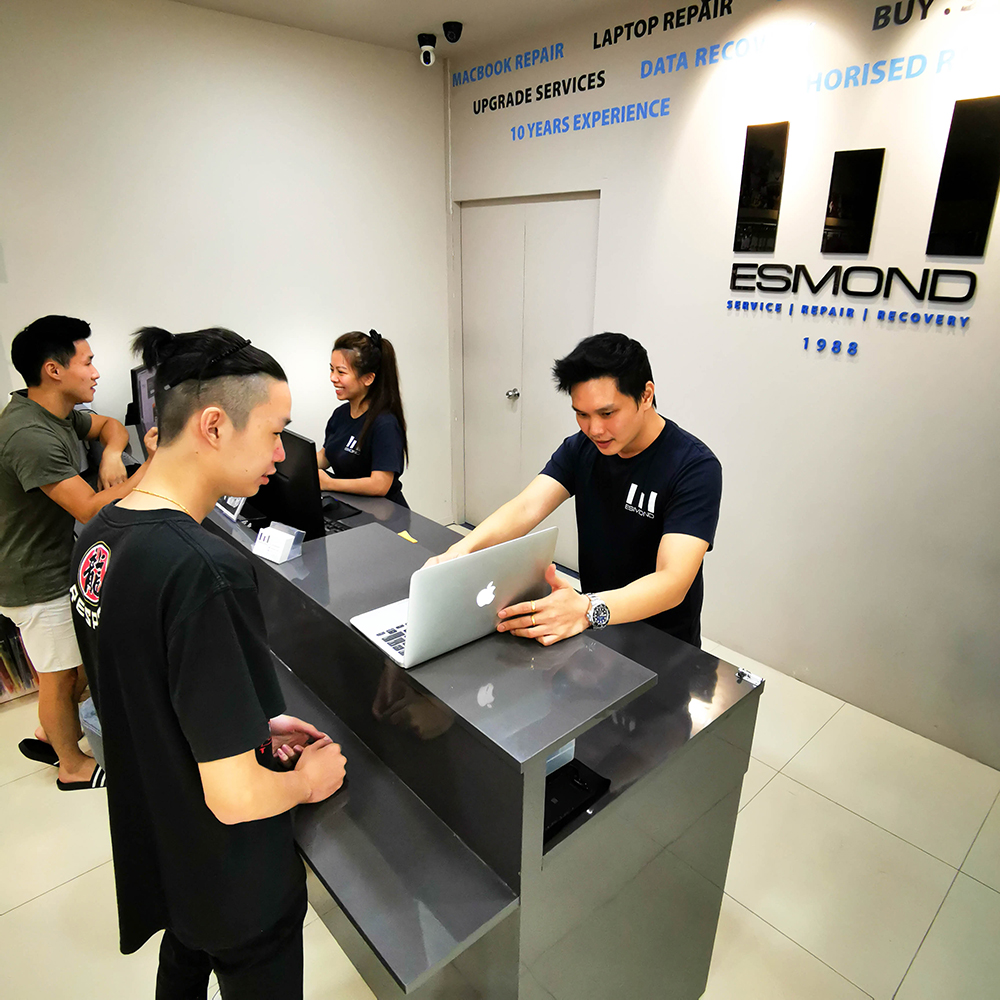 “There will be times when you’ll doubt if you’re doing the right thing and feel like giving up. I’ve personally been through that many times. Always remember: If you give up due to all your doubts, then you will never have the right answer to your questions.”

This sponsored article by Esmond Service Centre has made the writer inspired to repair her old iPod Touch.