This brings the total number of cases in Singapore to 56,982.

There are three new cases in the community, one of whom is a Singaporean and two are work pass holders.

Two of the cases (Cases 57079 and 57098) were detected as a result of MOH's Rostered Routine Testing of workers in the construction, marine, and process sectors who are living outside the dormitories.

The remaining case (Case 57082) had travelled to Malaysia, but was denied entry at the airport due to administrative reasons.

He had been tested negative while in Malaysia, and placed on SHN at a dedicated facility upon arrival in Singapore.

He was then tested positive while serving his SHN.

There are also two new imported cases, who have all been placed on Stay-Home Notice (SHN) upon their arrival in Singapore.

All of them were placed on 14-day Stay-Home Notice (SHN) upon arrival in Singapore, and were tested while serving their SHN at dedicated facilities.

93 more cases of Covid-19 infection have been discharged from hospitals or community isolation facilities.

In all, 56,267 have fully recovered from the infection and have been discharged from hospitals or community care facilities.

There are currently 50 confirmed cases who are still in hospital.

Of these, most are stable or improving, and none is in the intensive care unit. 638 are isolated and cared for at community facilities.

There were two new locations added to the list today:

Those who had been identified as close contacts of confirmed cases would already have been notified by MOH.

There is no need to avoid places where confirmed cases of Covid-19 have been. However, as a precautionary measure, people who had been to these locations during the specified timings should monitor their health closely for 14 days from their date of visit. 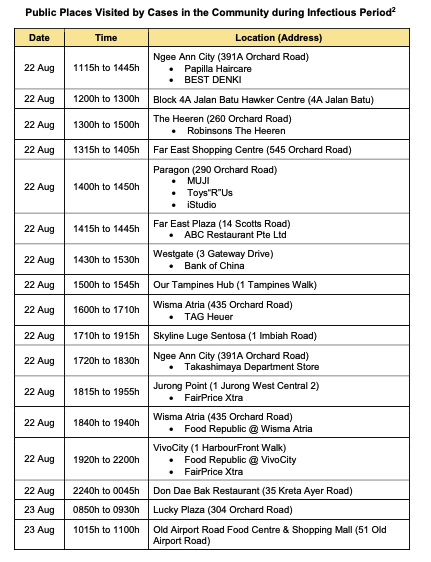 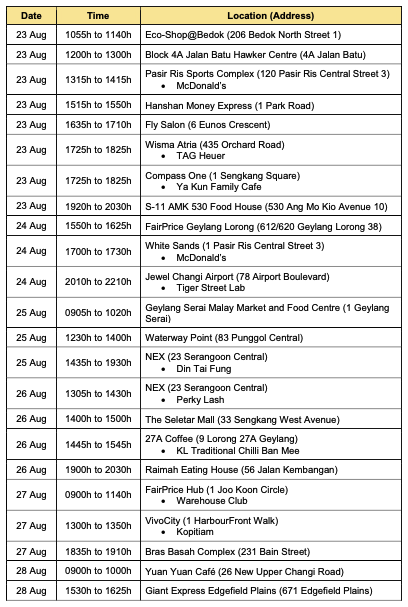 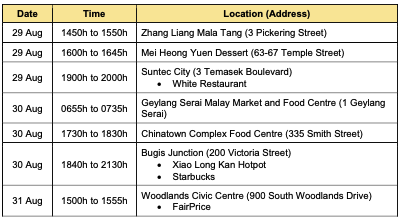