I’ve been thinking of switching telcos for a while now, as I realised that I might be paying more than what I actually should be for my mobile plan.

Like most mobile users, I was previously trapped in a contract, just to pay off a phone. Absolutely rubbish, 10/10 will not recommend.

Some of my friends have repeatedly emphasised to me that once I have escaped the grasp of my current telco overlord, I should consider one of the newer Mobile Virtual Network Operators (MVNOs). Some things they offer:

I’m a seriously heavy data user as a result of work and leisure - sending videos, huge files (of the work kind) watching Netflix, listening to my Spotify playlists and mindlessly scrolling social media - so yes, I need more data for less money.

Unlike most of my poorly-made life decisions, I decided to do some serious research on a proper MVNO, with the above-mentioned pointers as guiding points.

While the price is definitely a big factor, most consumers these days are also making smarter choices based on the quality of services and bundles/offers that telcos are offering, so it’s important to look beyond just an attractive price point.

It’s also equally important to have a worry-free experience in porting over and using the network. No mess, no frills.

Cash rules everything around me, but I also want a plan from a stable, reliable MVNO.

Time to ask the Internet

In the course of my research, it appears that MyRepublic, who is both an MVNO and an internet service provider (ISP) is a popular choice, having been voted as the number one MVNO at the HWM+HardwareZone.com Tech Awards 2020. I came across several possible reasons as to why MyRepublic is these readers’ preferred MVNO.

First off, MyRepublic’s subscribers trust them to deliver, noting that the provider is one that is well-aware of the needs of their users.

Sure, everyone and their grandmothers can say that, but MyRepublic has a unique background - a number of users had become loyal supporters after experiencing MyRepublic’s quality service as an ISP.

This has carried over to them as a MVNO, as many users talk about their reliability and consistent performance, along with how efficient and effortless it is to switch to MyRepublic.

Some of the main reasons include the following as well:

It’s easy to see why users like their plans a lot: it’s built with the user in mind.

Knowing how customers are weary of the pricey excess data charges, MyRepublic has got unlimited data for ​all mobile plans under them, with each plan offering various amounts of data at 4G speeds, and then unlimited data at managed speeds thereafter.

This is great news for most of us, given how easy it is to exceed our data limits these days -and I’m not going to calculate how many more songs on Spotify or Netflix shows it’ll take for me to hit my data cap.

The Lite Plan, for example, offers the greatest value at S$10 a month - a user can get 6GB of data at 4G speeds, and unlimited data at managed speeds thereafter, along with 300 minutes of talk time and SMS.

As such, even if you exceed your data cap for each plan, MyRepublic will not only not charge extra, you can continue to use your data, unlike other telcos that might stop or charge you for using excess data until the next billing cycle.

Their Unlimited Plan at S$48 a month not only has unlimited data but it also unlimited talk time and SMS as well, something that I find almost ridiculously generous at this day and age.

It’s even more worthwhile if you’re already subscribed to MyRepublic’s fibre broadband beforehand, which entitles you to a discounted rate of S$38 per month. Hard to beat.

Sure, you could probably exceed 8000 minutes of calls or SMSes - but as YouTuber JonTron said: 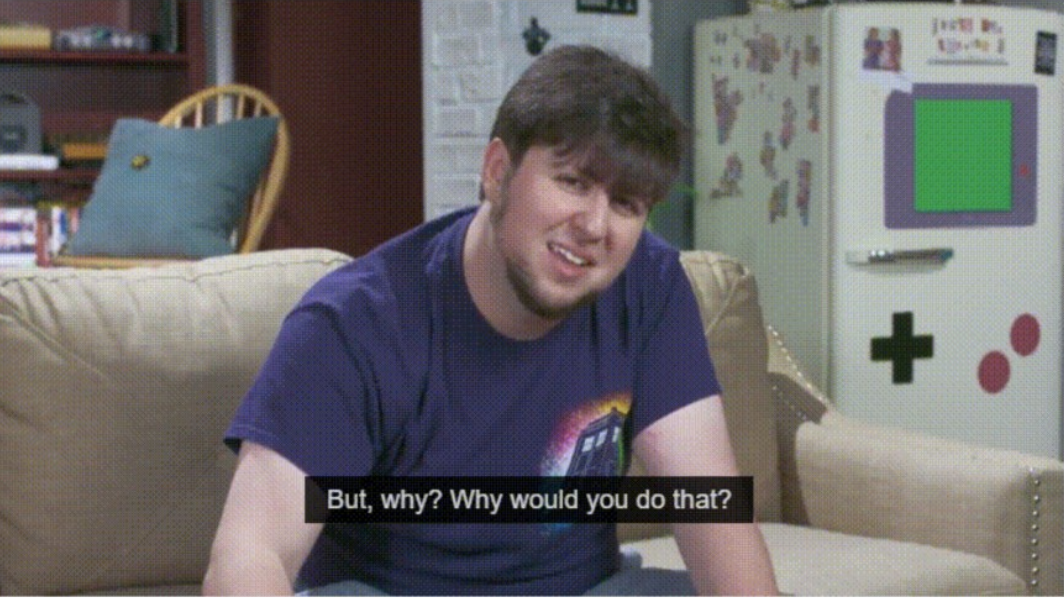 The healthy variety of other plans as well means that the user can make informed choices which will best suit their particular needs.

MyRepublic’s mobile plans have been quite smartly tweaked to fit every type of user. Users who need a bit more data but don’t foresee themselves needing an unlimited amount can look to the Pro Plan, which offers 50GB each month for S$29.

If you’re not a heavy data user, the Value Plan suits users who need more talk time and SMS than data, with 7GB of data and 1000 minutes for talk time and 1000 SMSes.

Regardless, the best part about this is that you don’t actually have to commit to a plan.

If you have a particularly busy period that requires you to use more data throughout the month - like a Netflix show that you honestly only have time for on your way to and fro work - you could probably sign up for an Unlimited Plan first, before downgrading to another plan, if you prefer.

Since switching plans is free with MyRepublic, this can be done effortlessly and anytime you like.

Sweet, and useful for people like me who can’t decide.

What I think most users appreciate is that MyRepublic is quite upfront about the fine print, a.k.a details that people find out and get angry about because it involves money, inconvenience, or both.

To be fair, there are still terms and conditions in thin and tiny fonts (such as data caps and delivery fees) but this is much appreciated as compared to finding out only after I’ve paid, or hidden somewhere deep inside the telco’s website.

I signed up for a mobile plan, things are quite upfront, so this was something which I highly appreciated as my current telco did have a fair bit of hidden fees and details.

This, combined with the fact that all of their plans are non-contractual, makes it easy, seamless and worry-free for a user to switch to MyRepublic, switch between plans under MyRepublic, or leave if they want to.

It takes a few minutes to fill in the relevant information online or sign up at a store. From there, all you have to do is wait for your SIM card, and an additional one to two days for your number to be ported over.

This sponsored post by MyRepublic makes this writer wonder how someone would send 8,000 SMSes a month. Maybe for a meme. Or a Vice article.