You may have seen viral posts about home theatre systems in newly-renovated homes in Singapore.

If having a home theatre is something you’ve always thought it would be nice to have one day, here’s some good news for you.

LUMOS, a local brand, has launched an affordable projector called the LUMOS Auro.

It comes in two versions.

First, there’s the “smart” version which runs on Android OS with various options for wireless projection, available for S$398.

There’s also the regular projector, priced at S$299, that requires a physical connection (for example, a wire connecting to a laptop, or a thumb drive directly plugged in to the projector) to work.

The smart version of the LUMOS Auro is basically the only piece of equipment you need to get your home theatre setup up and running. For starters, it projects a full HD image with 6000 lumens, which means you can expect an excellent picture quality even if you’re not in a completely dark room (but more on this later).

Both the smart and regular version of the projector come with these items: The smart version has a slightly different remote control, and you can also plug in a USB mouse to help you navigate the various menus.

Once you’ve identified a light-coloured wall in your house with somewhere to place the projector, setting up is really as easy as plugging it in and connecting to WiFi.

With that, you’ll be able to access Youtube out of the box, while Netflix and Google Play Store would require you to login first.

Of course, a much more reasonable 90-inch image is achievable with a 2.9 metre distance instead. 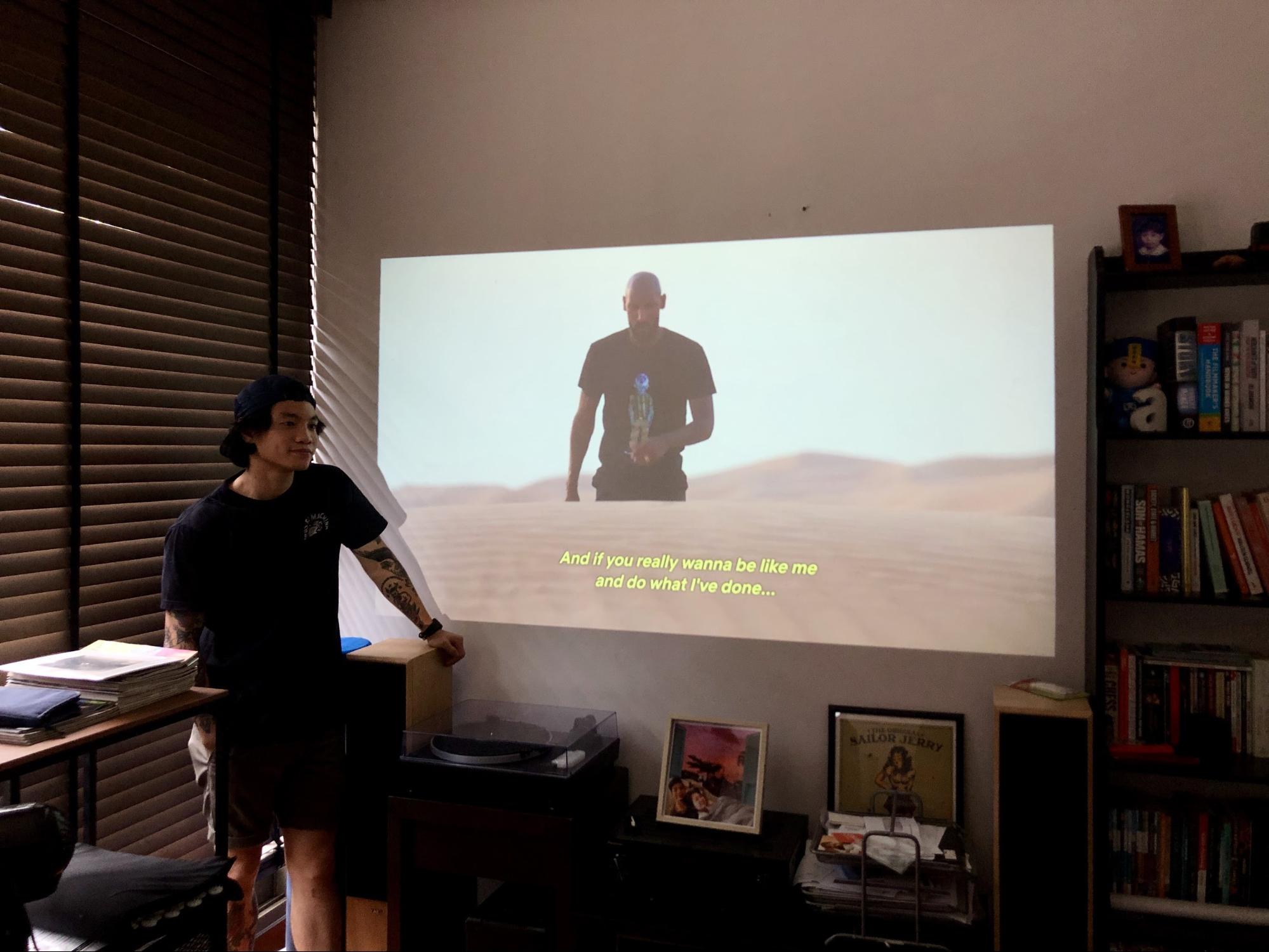 For many users, the highlight of using the smart version of the LUMOS Auro would definitely be the convenience of wireless projection.

You can mirror both Android and iOS devices to the projector with the pre-installed AirScreen and Mcast apps, without cables.

AirScreen turns the projector into an AirPlay display for mac and iOS, while Mcast allows it to connect to PCs and Android devices which have Miracast technology. Perfect for a Spotify karaoke party.

For the wired connection option, there are two HDMI ports on the side, as well as VGA input at the back. 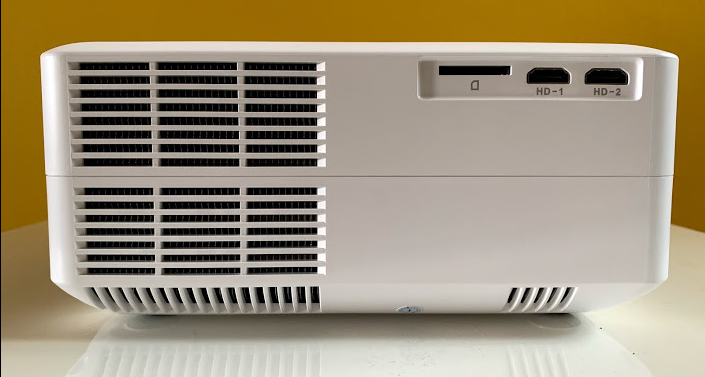 You can also plug in a USB flash drive or an SD card to access images, videos, and audio files.

The projector is also built to support Dolby Audio AC-3, for surround sound.

AC-3 is also known as Dolby Digital, an audio standard that has been universally adopted for DVDs worldwide, and involves 5.1 channels for audio (five full-frequency channels, and one “.1” low-frequency channel used for effects).

Image quality and brightness (in Lumens)

While this doesn’t reach the lofty 4K standards touted by top-of-the-line TV sets, it is certainly more than enough for Netflix’s HD quality offerings (which come in either 720p or 1080p), as well as most Youtube videos.

Lumens are a standard measure of light that can be emitted from a given source, with more lumens generally meaning brighter light.

As a point of reference, a standard 60-watt lightbulb pumps out around 800 lumens.

In fact, 6000 lumens is 50 per cent more than an average portable mini projector, according to LUMOS.

This means that the LUMOS Auro is able to produce a bright-looking image even if it’s not being used in a completely dark setting.

Here’s the image at around midday: 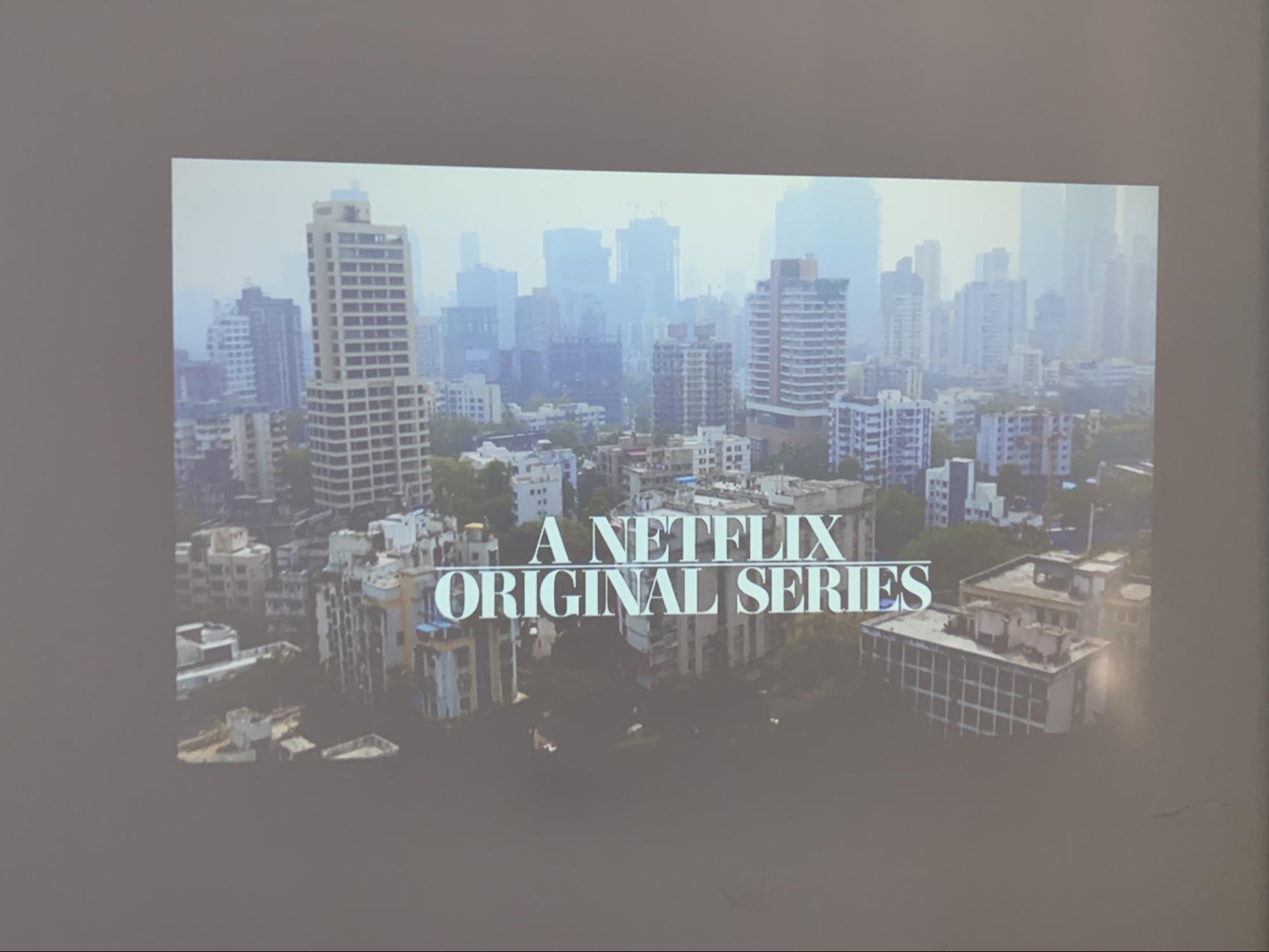 And the same scene in darkness: 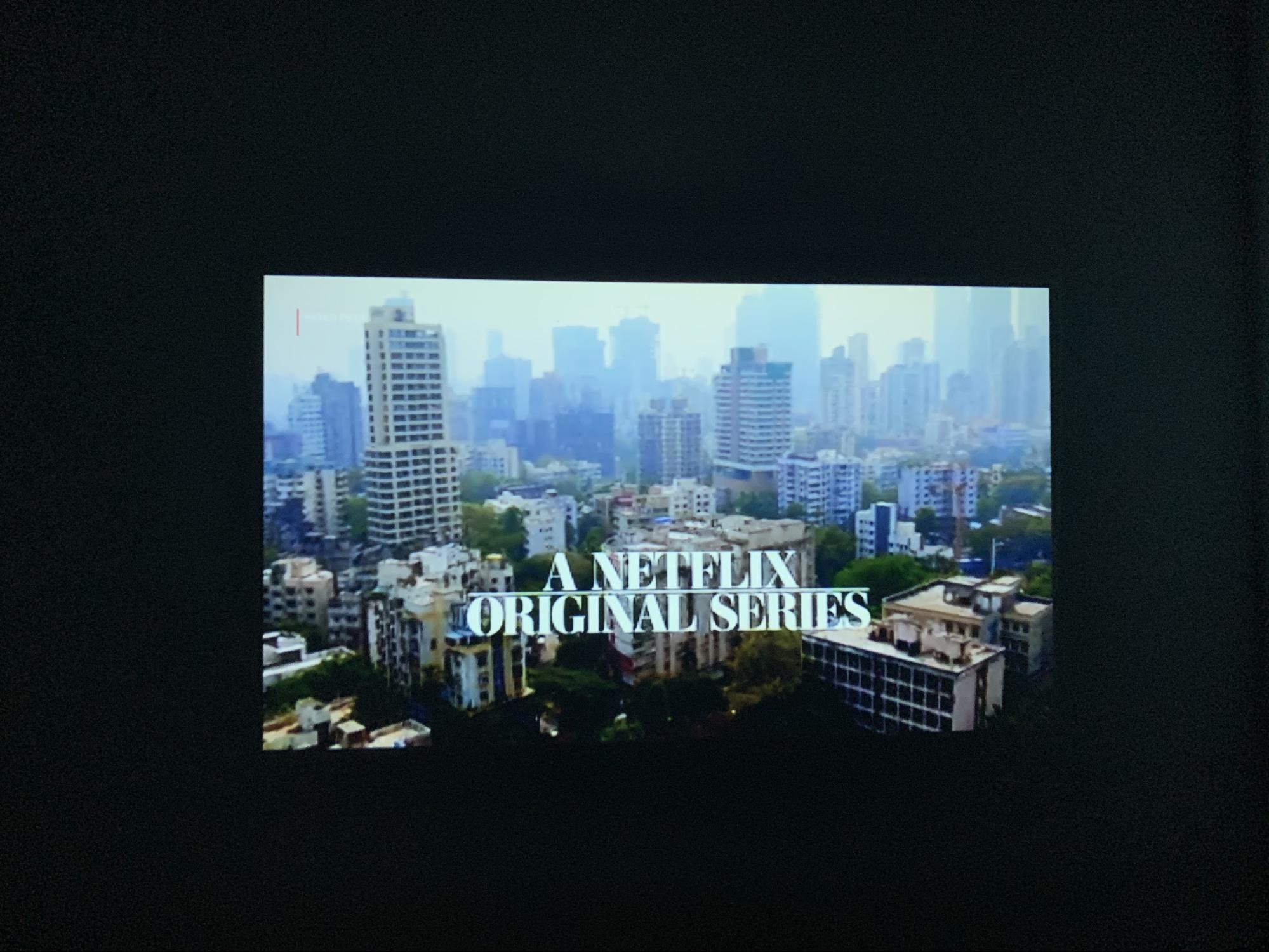 The LUMOS Auro’s 4000:1 contrast ratio means that it’s brightest image is 4,000 times brighter than the darkest image it can produce.

And for a projector, that can be pretty important as dark colours that don’t look dark enough can end up giving the image a washed-out appearance, where dark colours appear grayish or misty.

While LUMOS Auro is relatively new, it has already received overwhelmingly positive reviews on its website, where customers have left hundreds of 5-star reviews. 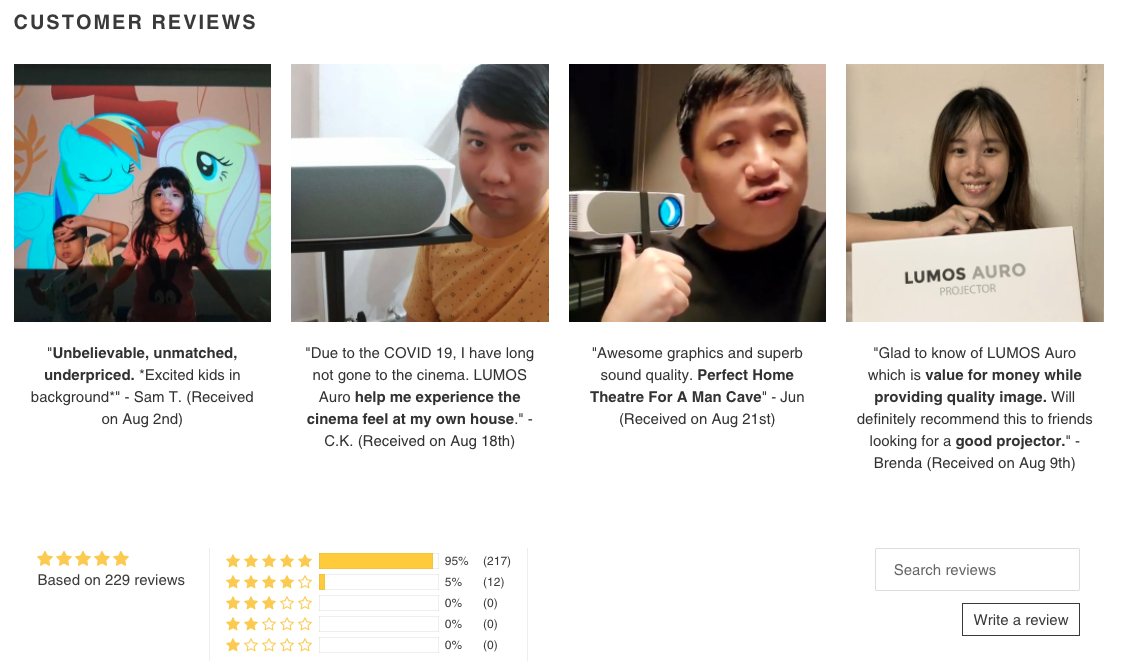 And there you have it.

If you’re looking to recreate some of the magic of the cinema in the comfort of your own home theatre, the regular version of the LUMOS Auro is available at a promotional price of S$299, while users who want to upgrade to the smart version with Android OS can do so at S$99.

LUMOS is also offering a bundle deal for their RIZE tripod stand, which can be added on for S$55 (it’s S$105 if purchased separately).

All orders come with free delivery as well.

The LUMOS Auro has an estimated 50,000-hour lifespan, and comes with a 1-year local warranty.

This sponsored article by LUMOS allowed the writer to lie in bed and watch videos on the ceiling.