PERSPECTIVE: Joshua Chiang is a self-taught Singaporean illustrator/writer. In his latest comic, he reflects on how Singaporeans have gradually become accustomed to wearing a face mask in public. It also presents his observations on how we have adjusted to this "new normal" in a distinctly local context.

He has written for various animation series such as Nanoboy, Zigby, Robot APRO and Master Raindrop. He is also co-writer and co-director of the award-winning indie film S11. He has illustrated several books, including Monsters On The Wall,  The Most Cunning Spider that Ever Lived and The Chronicles of Oujo: Questalon and Trackless Paths.

Chiang is also a comic-book artist/writer. He is currently finishing up his comic book mini-series Ronin Rat and Ninja Cat.

He is based in Phnom Penh, Cambodia, and can be found on Instagram. 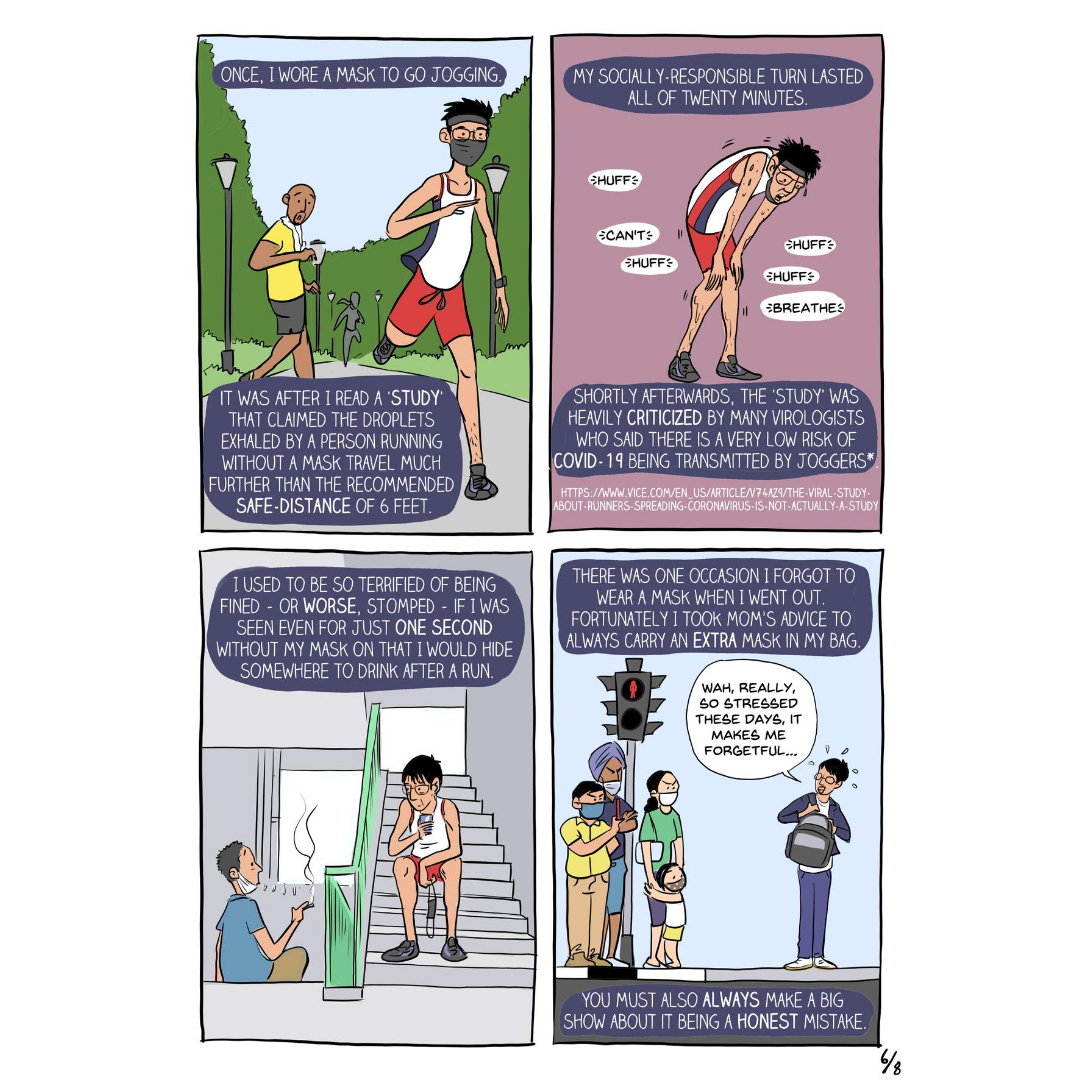 This work was made possible by the Splice Lights On Fund, which supports small to mid-sized news organisations and their freelancers in Asia that are financially affected by Covid-19.