A kind GrabFood rider made someone's day over the weekend.

Facebook user Ben Li described how his father's motorcycle ran out of petrol in Woodlands on Friday (Aug. 28), and the lengths to which the rider helped his father out.

The GrabFood rider gave his father a lift to the nearest petrol kiosk, which is the Esso at Woodlands Avenue 1, and waited for him to top up his jerry can with petrol before fetching him back to his motorcycle.

According to Li's Facebook post, his father wanted to compensate the rider, but the rider turned down his offer, stating that "we have to help each other out".

Mothership spoke to Li, and he said that the incident happened at around 11am, near Woodlands Square.

Li also told Mothership that he really appreciated her act of kindness.

"She could have just dropped my dad at the petrol kiosk and continued on her way, but she took the time to make sure he got back to his bike. In times like these, it's always nice to see someone like her with a heart of kindness", he said. 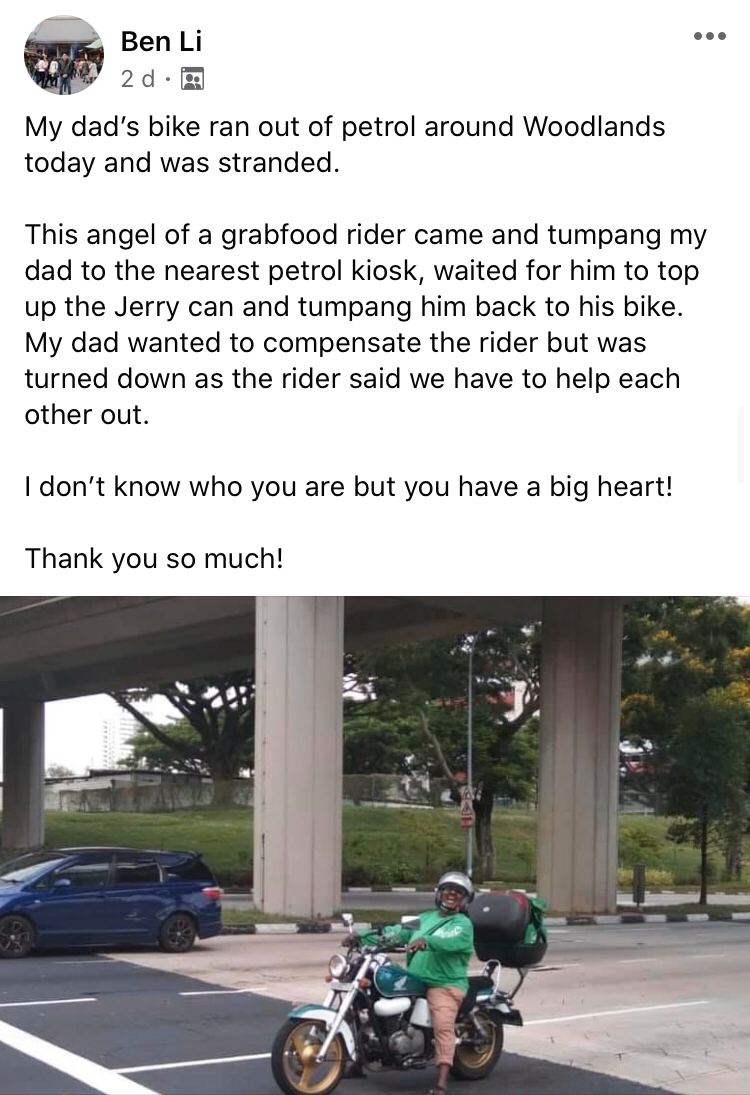