Local YouTuber and radio DJ Dee Kosh is "on leave" after being accused of sexual harassment by at least five men.

This was announced by Power 98 FM on Aug. 17 Coconuts Singapore reported.

The radio station said that it "does not tolerate any form of harassment," but did not comment further.

Over the weekend, explosive accusations erupted on social media on Dee Kosh's behaviour.

The avalanche was set off by Instagram user @_epaul, who posted a set of allegations to his Instagram page on Aug. 15.

The alleged victim was 17 years told then.

He also claimed that the conversation quickly turned inappropriate, and that the YouTuber allegedly asked for nudes and sexual favours.

Dee Kosh would allegedly also "cover his tracks" by starting secret chats and deleting his messages.

Since then, at least four more users have come forward on Instagram and Twitter with similar encounters.

Shortly after allegations surfaced, Dee Kosh posted on Instagram Stories to deny the accusations, and said that he will be "taking the necessary steps to clear all this up". 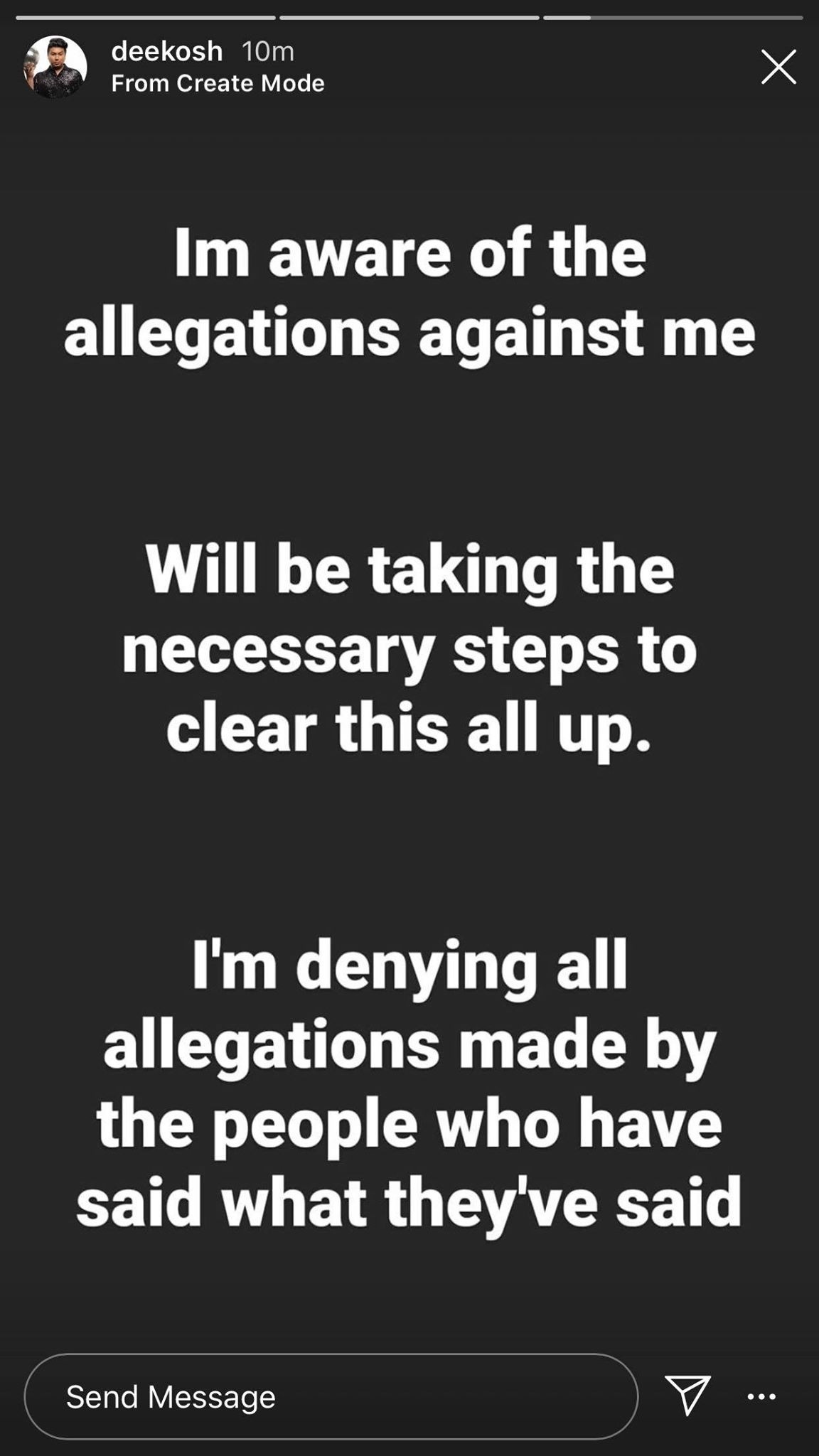 The YouTuber then sent @_epaul a lawyer's letter on Aug. 16 on the grounds of harassment and defamation.

However, DC Law firm, which acted on behalf of Dee Kosh to send the letter of demand to @_epaul, told Mothership on Aug. 17 that it was no longer representing the YouTuber.

In Singapore, commercial sex with minors is illegal.

Those found guilty of receiving sexual services from anyone under 18 will be liable to a jail term of up to seven years, a fine, or both.

Those who solicit sexual services from anyone under 18 are liable to a jail term of up to two years, a fine, or both

Mothership has reached out to Dee Kosh for comment.