Proving that it will sit as long as it fits, and vice versa, a community cat in Marsiling occupied the top of a vacant GrabFood thermal bag within moments after the delivery personnel left his possessions alone to make a food delivery. 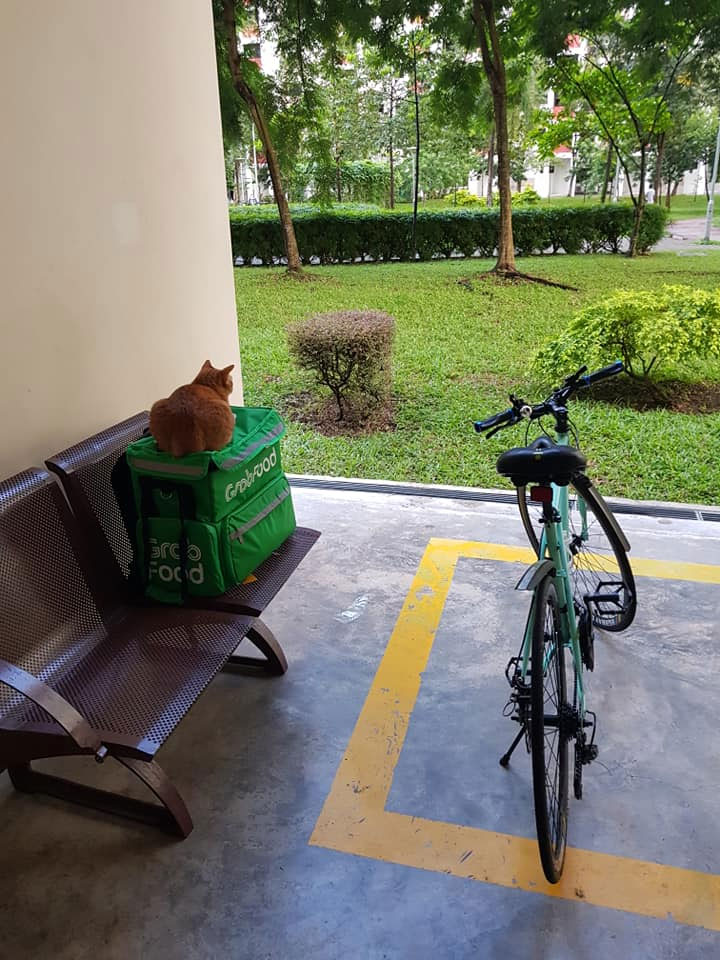 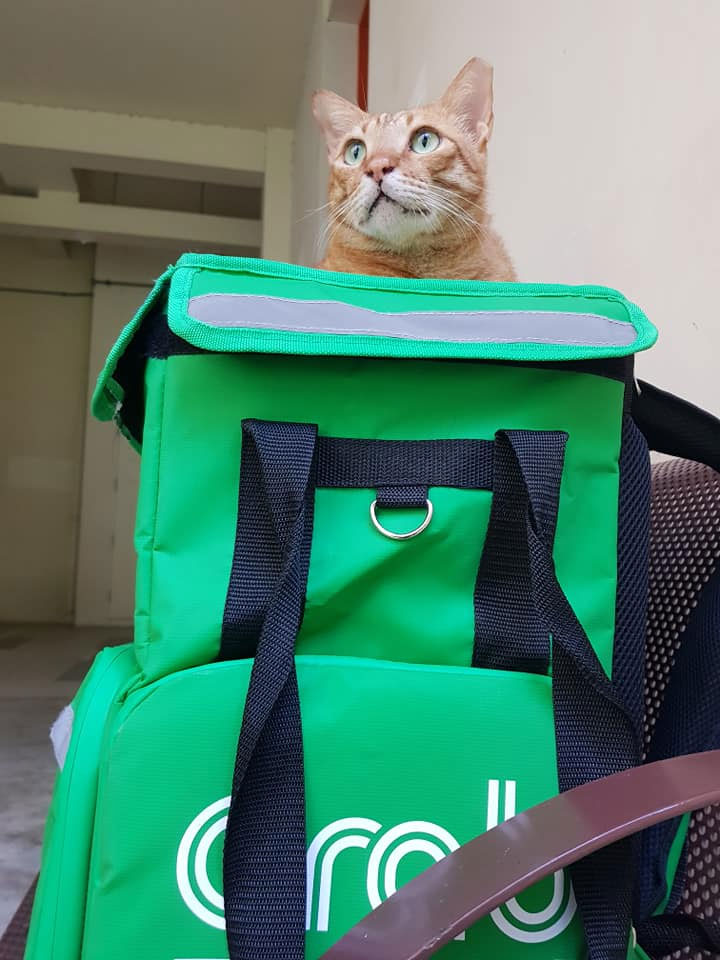 Two photos of the boss-like ginger cat's antics were shared to a public Facebook cat group in Singapore to the amusement of everyone who owns a cat.

The cat remained unperturbed as the food delivery personnel took photos of it perched like it was its destined spot in the whole neighbourhood.

Was doing my grabfood delivery at Marsling and when I came down, this very fat cat out of nowhere steady lying on my grabfood bag. Can pose while I'm taking pics some more! Like a boss!! 😂🤣

Its presence perhaps also served as a theft-deterrence device by plonking itself on someone else's property like it was claiming ownership of it.

Why do cats do that?

They enjoy rubbing up against and exploring objects with different materials that help maintain a balmy ambient temperature underneath or around them.

Sensory stimulating spots in common areas include and are not limited to sandy ground, door mats, warmth-emitting metallic car hoods, and discarded cardboard.