Tharman Shanmugaratnam from the People's Action Party (PAP) crossed paths with Singapore Democratic Party (SDP) chief Chee Soon Juan while both were out on the campaign trail.

Their meeting was amicable in public as they fist bumped each other for the cameras and the public. 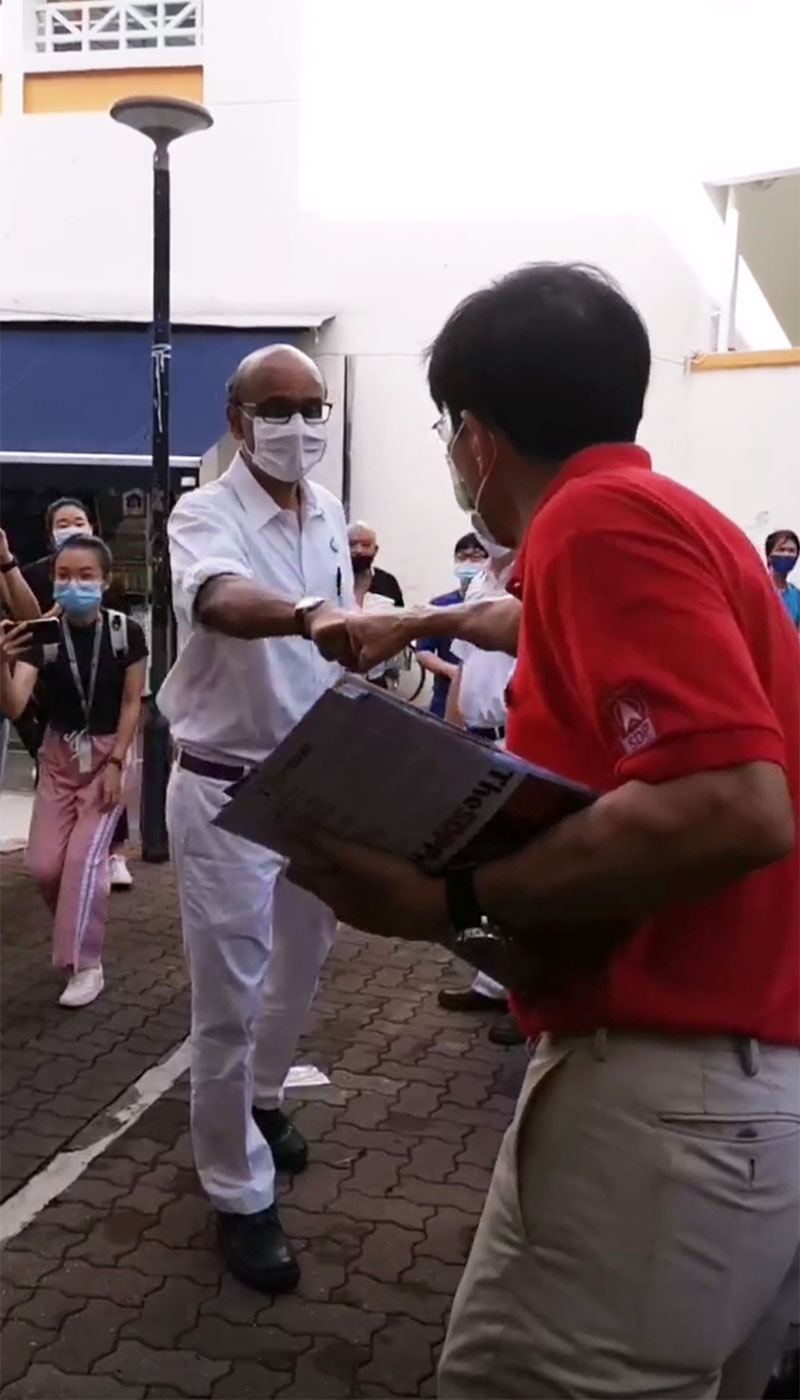 The photo of the opposing pair of politicians was put up on Reddit by u/shian243 on July 5.

Both men were in their trademark party colours.

According to Chee's Facebook page, he was out and about in Bukit Batok SMC, which is right beside Jurong GRC, where Tharman's team is contesting.

The PAP and SDP have crossed swords since July 1, following a high-profile televised live debate.

The argument was over Chee's repeated statements without basis that the Singapore government was planning on increasing the population to 10 million, and that Heng Swee Keat was the one who came up with the number.

Vivian Balakrishnan, who was at the live debate, repeatedly shot down the accusation by Chee, calling them "falsehoods".

SDP's chairman Paul Tambyah eventually came out to clarify that the 10 million figure was "not cited by DPM Heng at all".