UPDATE on July 2 at 11am: Zainal Abidin Shaiful Bahari has been charged on July 2, under Section 298A of the Penal Code:

A 34-year-old Singaporean Malay man will be charged in court on July 2 for his suspected involvement in knowingly committing acts prejudicial to the maintenance of racial harmony.

The man is better known as user @sharonliew86 on Twitter, where he often posts incendiary tweets on the topic of race and religion.

A photo of a Chinese female is used as his avatar. 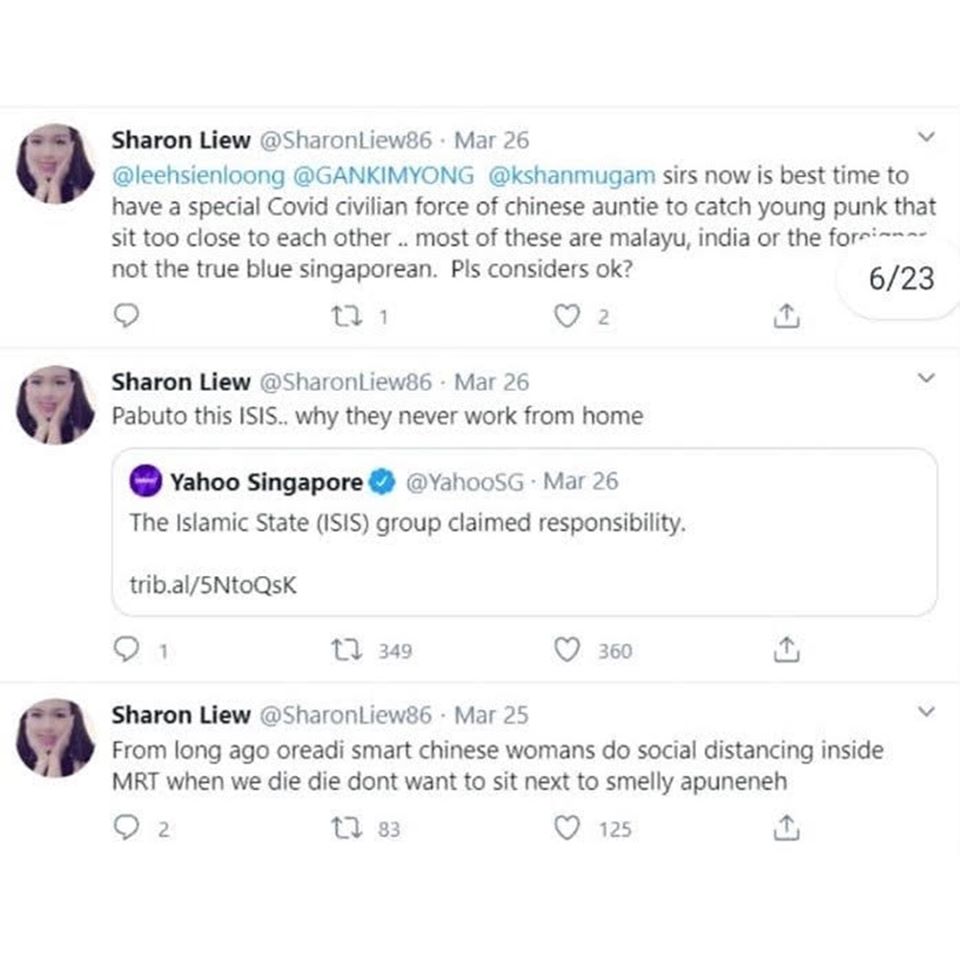 On April 18 2020, the police received a report of offensive content against Indian migrant workers on the account.

Officers from Bedok Police Division established the identity of the man on April 23.

They also discovered that the man had allegedly been involved in two other similar cases.

He will be charged in court on July 2, and potentially faces an imprisonment of up to three years, or a fine, or both.