A homeowner in Singapore has taken to Facebook to recount how her family has over the years grown closer to their neighbours — but not in a good way.

According to Geraldine Tang, this is due to serious plumbing and sanitary issues that have plagued the unit for five years, leading to a hellish situation for Tang and her fellow occupant(s) in the house.

Tang alleged that she has been living with the smell of excrement seeping in from the unit above.

In a lengthy Facebook post on July 4, the homeowner shared an extensive list of defects that the house occupants have lived with since moving into the new DBSS (Design, Build and Sell) flat in 2015.

DBSS flats are built by private developers, and managed by the Housing Development Board (HDB).

DBSS prices are more expensive than HDB flats, but cheaper than condominiums.

Some of the most pressing issues Tang claimed to have experienced are:

The defects have also led to a whole host of other problems, which Tang elaborated upon in her post.

The bedroom floor gets wet when the neighbour below leaves their air-conditioning on while taking hot showers, Tang wrote, raising concerns that she would easily slip and fall. 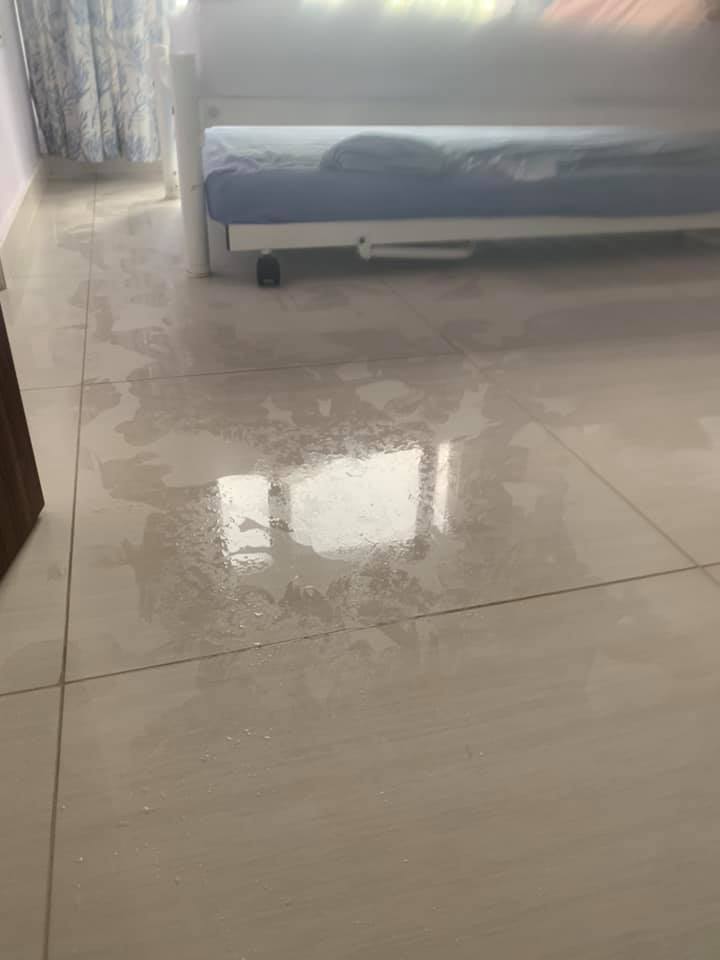 The bedroom and bathroom also experience an unwanted chill from the aircon when that happens.

In fact, Tang said, the space gets so damp that the window gets misty with condensation. This reportedly happens several times a month for Tang.

According to Tang, sewage and foul odours invade the bathrooms whenever occupants in the units above and below her excrete.

"We smell stool, urine, all that they ate, drank and what they are sick with. We hate most the smell of pungent garlic/onion excretions which burn our eyes and throat. The Town Council property manager was both amazed and disturbed by the rawness of the onions when he visited last year."

When the neighbours take a hot shower, Tang's bathroom turns into a sauna. Heat also rises from her toilet bowl, the homeowner said. 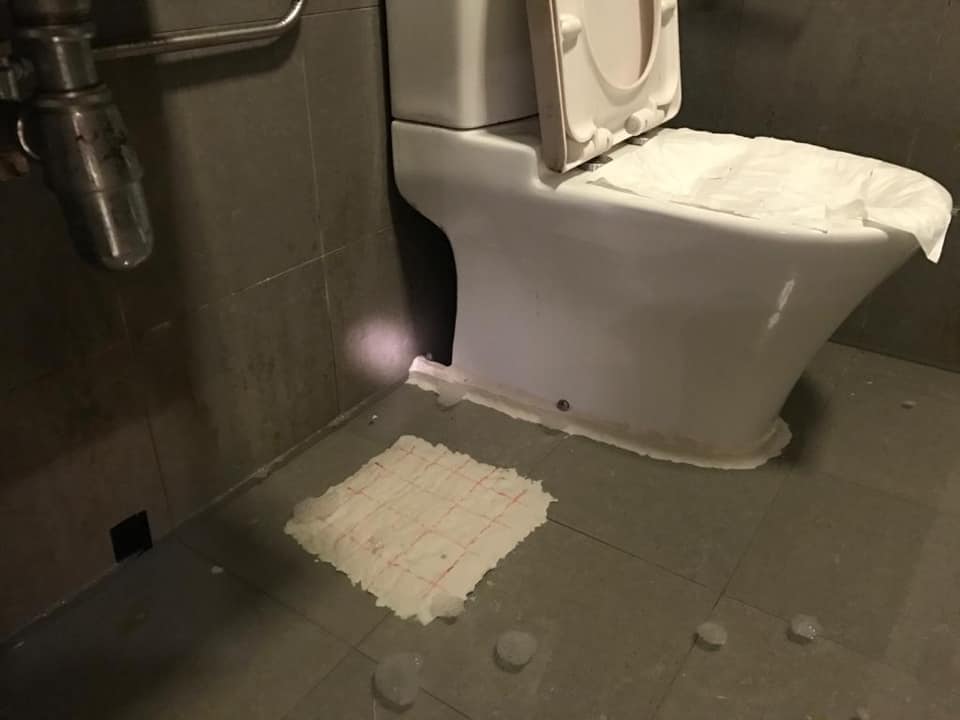 None of the unit's occupants can use the bathroom until their neighbours are done, Tang claimed.

Tang wrote that the bacteria shed by the neighbours "fly out of the bathrooms" even when the doors are closed.

Tan uploaded photos of stains spreading across the walls and ceiling, and said that the floor is full of microbial debris that make the soles itch. 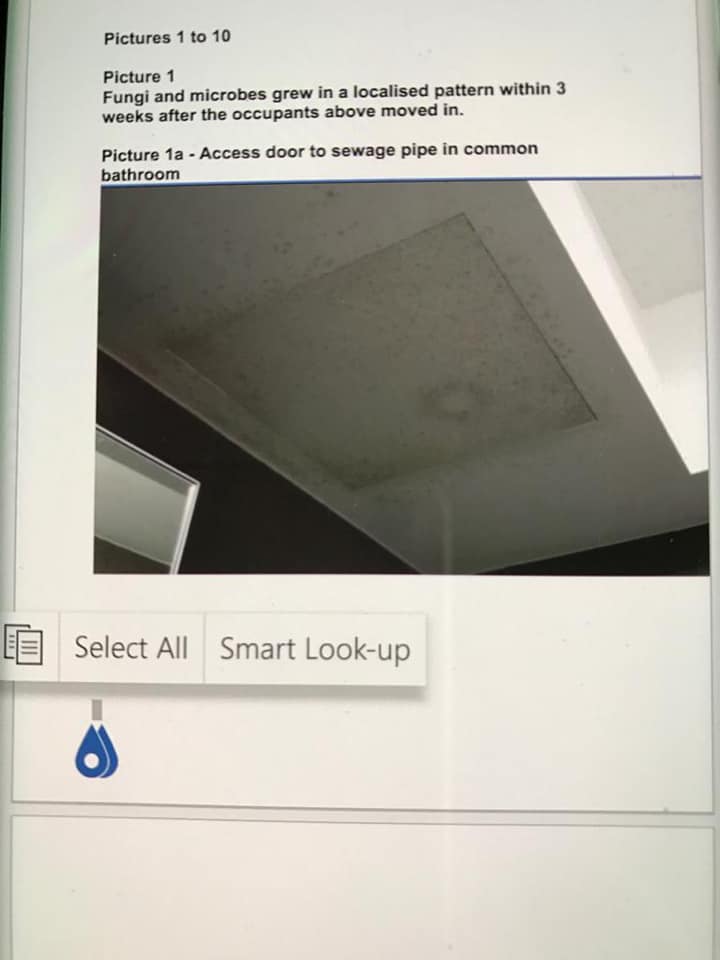 The occupants mop the floor five to six times a day. The water used to mopped the floor smells like toilet, Tang wrote.

However, one of the worst defects was finding bacteria in their flat's tap water, rendering it unusable.

It initially came from the bathroom tap, and would occur at the same time as the odour seepage.

The bacteria would clear up when the neighbours have flushed, and the odour goes away.

According to Tang, tests have been conducted on water samples, where multiple strains of harmful bacteria were detected.

The family has allegedly even caught infections from the contaminated water.

"Lab tests of water samples collected three times in 2015 when there was urine odour identified bacteria found in soil, sewage, dust, spoilt can juices and on the skin which all should not be in drinking water.

There are pseudomonas, staphylococcus strains and newly emerging bugs. They can cause urinary, respiratory, skin, wound, eye and blood infections. We caught some of these infections many times."

Tang shared photos of the skin afflictions she claimed came from the contaminated water and environment: 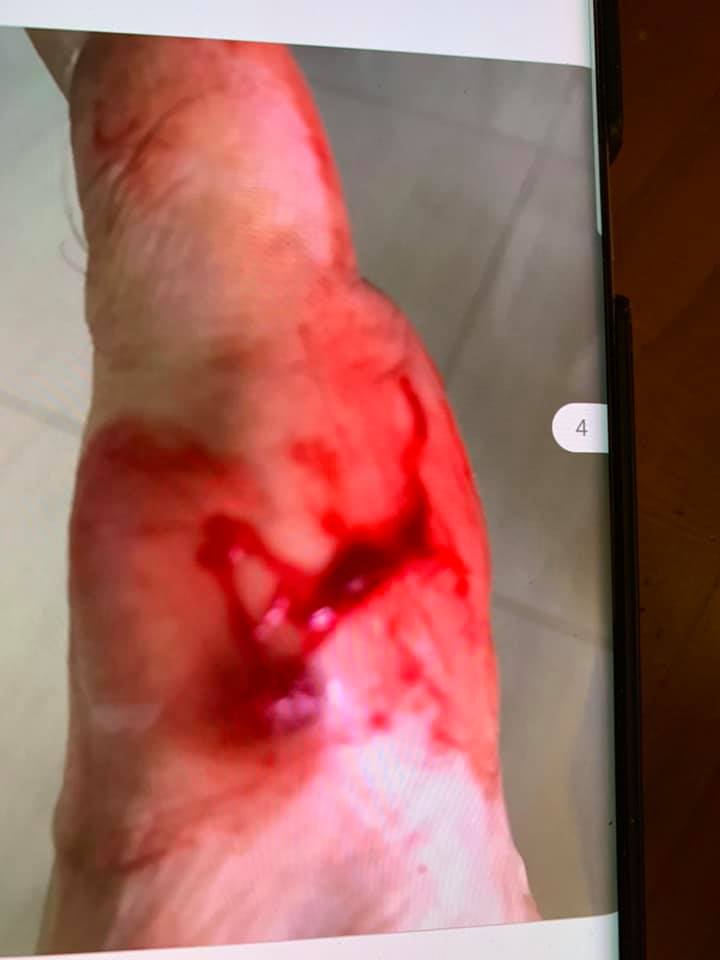 Unfortunately, the contamination spread to the kitchen tap in July 2019, Tang wrote.

It was a similar situation: Bacillus cereus, a bacterium responsible for a minority of food poisoning cases, was cultured from bathroom and kitchen taps when there was defecation.

"Eeee...we smell body odour and the green tea my neighbour drinks copiously to treat his sickness coming out the kitchen tap very often.

The kitchen tap is our only safe source of water. We boil and collect water in pails from this tap to bathe with when we couldn’t use the bathroom water.

Now we don’t have clean water to cook and wash. How to live?"

With all the ill effects and constraints around the flat, the occupants have been wholly miserable, Tang wrote.

All bathroom activity has to stop before they can use the kitchen tap, which takes "ages".

As a result, the family only has time for two meals a day — brunch at 3pm, and dinner near midnight. 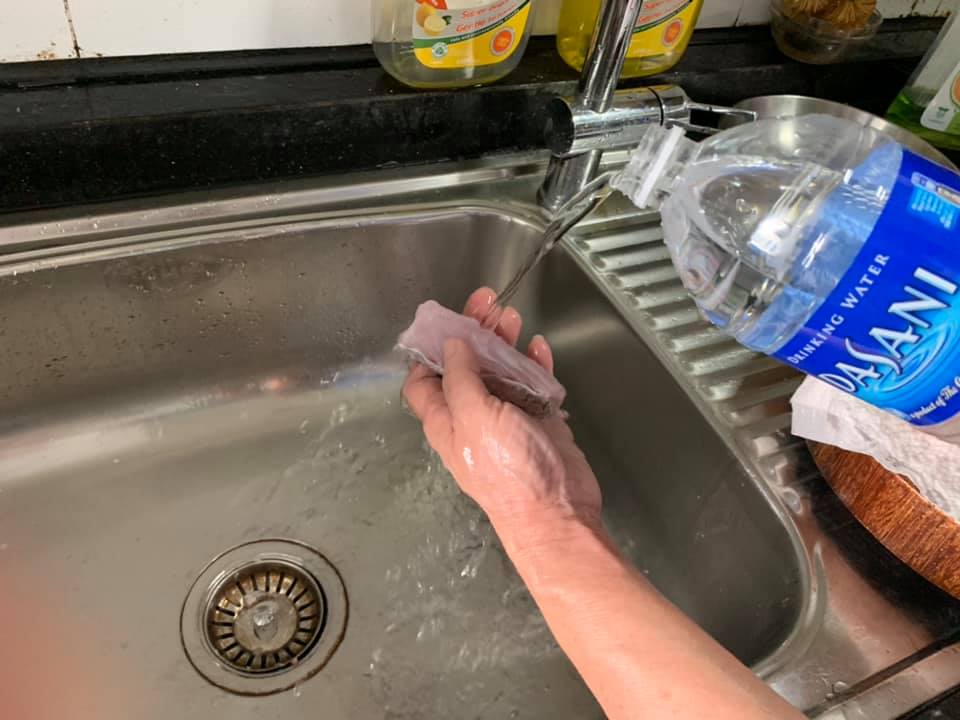 During their waking hours, they endure the offensive smelling bathroom, which they can only use twice a day.

When the occupants wake up, they have to wait between one to four hours before they can use the toilet.

They sleep at 4am.

To get by, the family buys 20 to 30 bottles of water every day for drinking, cooking and rinsing themselves when they come into contact with the contaminated water.

"We fear bathing because we can get skin and urinary infections from contact with unclean water," Tang explained.

According to Tang, the water is bad to the extent that it hurts to wash their hands. The family will then go out for the entire day, presumably to use other water sources.

The car is their second home, she added.

"This flat is pure torture. We like to throw it away if we can. But we can’t."

Trying to get help

To fix their predicament, the family has spoken to several key personnel in their attempts to fix the flat.

Although the developer, CEL Development reportedly insisted that nothing was wrong, the company's civil engineer had deduced that the odour was coming in from the walls and floor, after experiencing it for himself, Tang claimed.

HDB had also ordered a 24-hour flood test (which tests the effectiveness of a waterproofing system) in early 2019.

When the water disappeared in two hours, indicating a leak in the toilet installation, Tang questioned where it went.

She said that the HDB building engineer present at the flood test checked the ceiling of the floor below and reported that it was "not wet," despite an amber reading from the damp meter.

Tang then gathered that that the water had gone into the sewage.

CEL, the building's developer, had apparently said the same thing, in a reply that took five months.

If water from the bathroom gets into the sewage pipe, it means the toilet installation is not watertight and airtight. There is a leak. Sewage air and odour will enter our unit from the main sewage pipe. Now we know why the toilet bowl is hot."

While this partly explained their problem, Tang believed that the water contamination is linked, and needed further investigation.

However, according to Tang, she received no help from the authorities, such as HDB, PUB, and CEL.

On July 14, PUB and HDB put up statements on their respective Facebook pages.

In their post, PUB revealed that Tang has been complaining of water issues of three residences since 2013.

For each of her complaint, PUB has visited her flat to collect water samples for testings, and checked on the estate's watermains.

Samples were also collected from the watermain, high level water tank, and the distributing pipe in her block for tests.

PUB said that the water quality was "satisfactory."

The agency has checked Tang's sanitary system in her toilet and found that everything was in order as well.

They added that there was no similar feedback from residents in the estate.

For water seepage issues, Tang was advised to follow up with the developer.

"We have repeatedly explained to Ms Tang that the many rounds of investigations and tests have shown that the water supplied to her is entirely satisfactory and safe for drinking. PUB had conducted leak detection work at her premises and found no service pipe leak within her premises. We had advised that she follow up with the developer to rectify any water seepage issue."

HDB: Untrue that no help was rendered

In their response, HDB said that it was "untrue" that they did not address the homeowner's issue.

They wrote that multiple site inspections have been carried out site Tang first reported her issues in 2015, and the investigations revealed no defects in the sewage system or other potentially problematic areas.

An Indoor Air Quality specialist who inspected the flat reported that windows and doors in the flat were constantly closed, resulting in poor ventilation, as well as high temperature and humidity, HDB said.

Multiple cleaning chemicals that were used to disinfect the floor and wash the walls of the flat, contributing to the problem.

"The specialist concluded that the microbial growth within the flat is likely a result of the poor ventilation and excessive washing over time. Ms Tang, however, did not heed the advice of the specialist to ventilate the flat."

HDB reiterated that Tang had reported similar issues with her two previous flats, where the fittings and materials were also found to be in order.

You can read their posts here: