Mediacorp has come under fire for their alleged negative portrayal of a gay character in their TV show, "My Guardian Angel" which was released in April 2020.

An Instagram page, Heckin' Unicorn, shared a comic to urge Mediacorp and Channel 8 to issue an apology.

Heckin' Unicorn describes itself as a page that sells LGBTQ+ accessories. It is run by a "queer designer" in Singapore named Teo Yu Sheng.

Asks for an apology 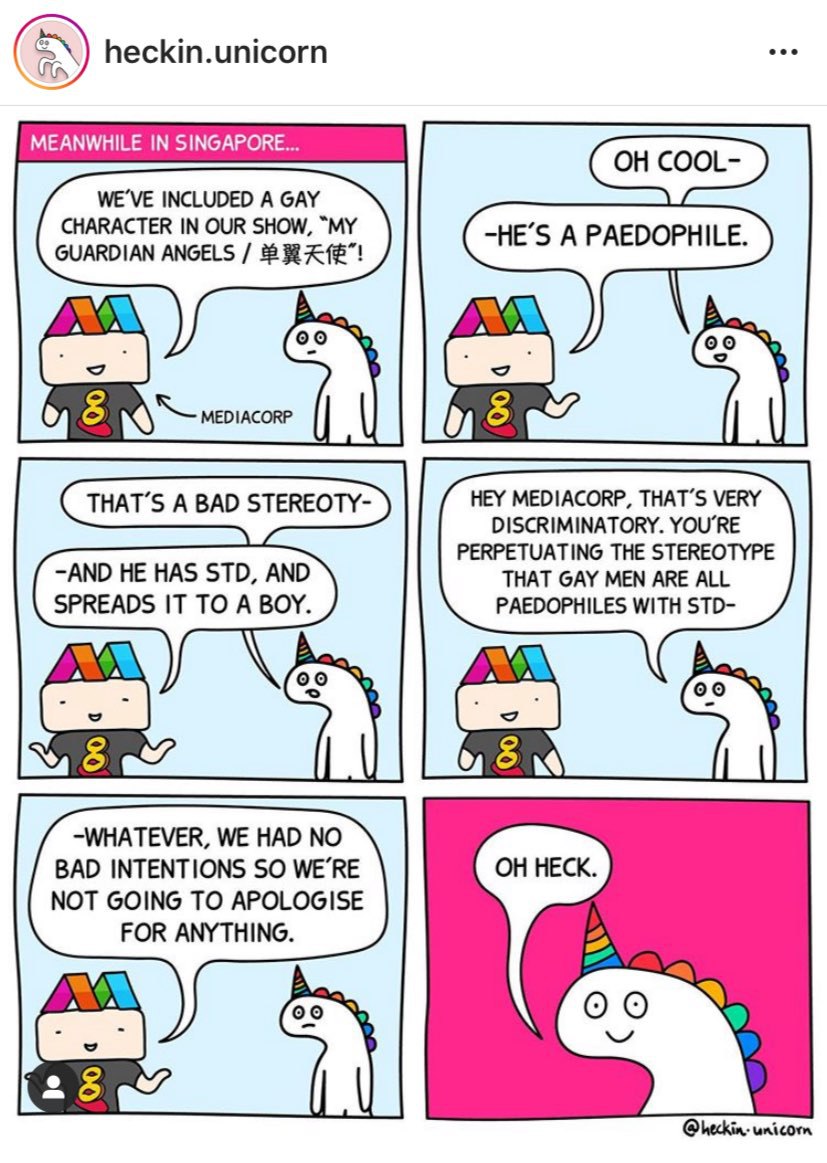 In the comic, Teo explains that the gay character in "My Guardian Angel" is a paedophile who has a sexually transmitted disease (STD) and eventually spreads it to a boy.

In the TV show, the gay character played by Chase Tan was portrayed to have sexually assaulted teenage boys and spreads STD to one of them.

The comic then claims that this negative portrayal of a gay individual is "discriminatory" and "perpetuates the stereotype that gay men are all paedophiles with STD".

The page also points out that seven episodes were spent fleshing out the negative gay story arc and that it was not a short scene.

This refers to how other characters in the TV show making homophobic remarks or passing judgements on alleged gay behaviours, according to Yahoo. Teo also asks that Mediacorp and Channel 8 do the following:

In response to the comic, Mediacorp apologised and explained that they had "no intention to disrespect or discriminate against any persons or community". 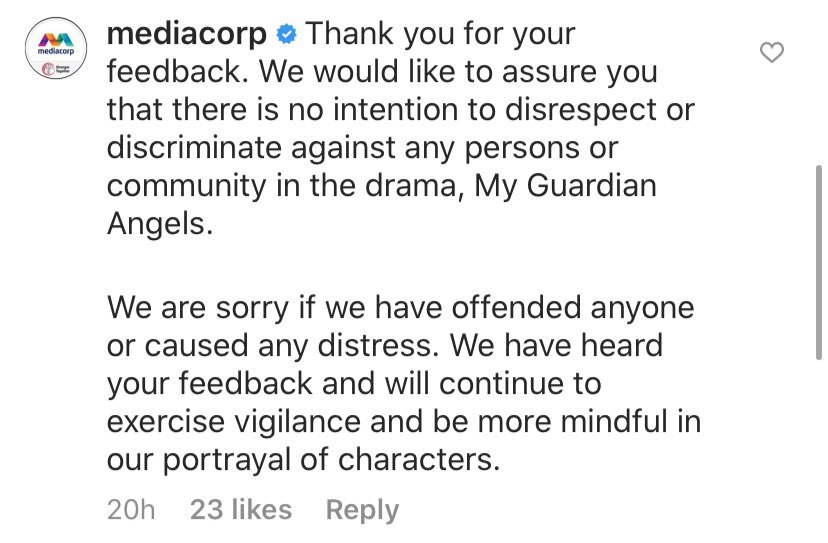 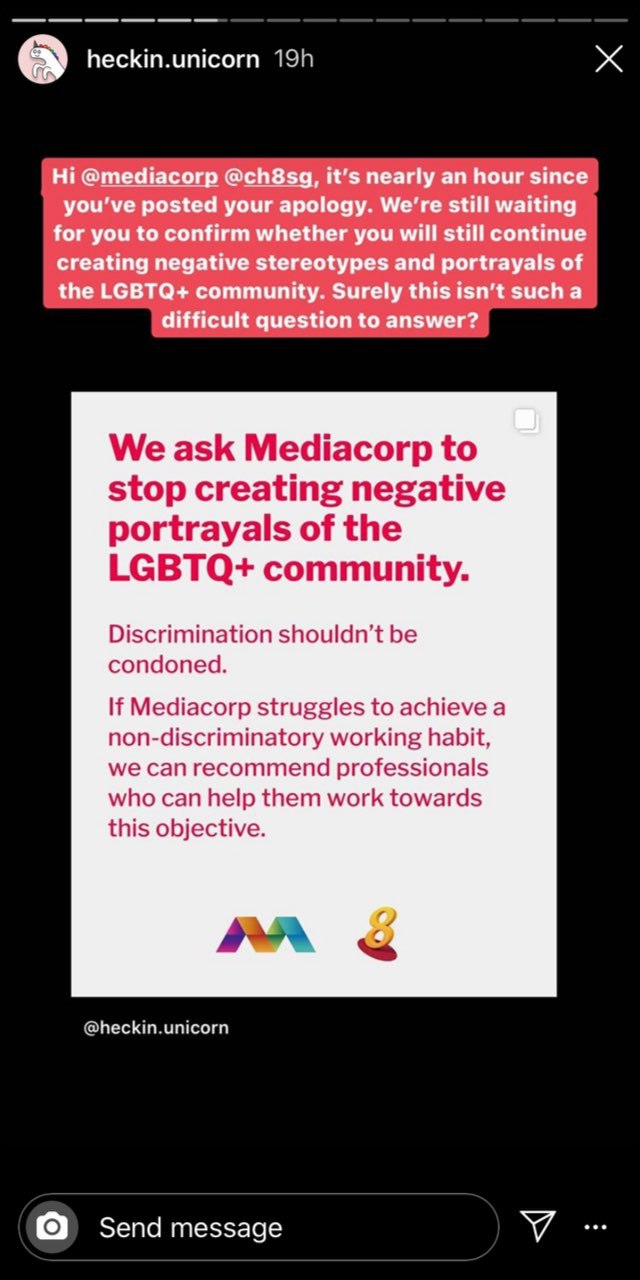 In response to the apology, Teo posted an Instagram story to urge Mediacorp and Channel 8 to answer whether they will continue creating negative stereotypes of the LGBTQ+ community.

Tan who played the role of the gay character had earlier apologised in an Instagram post on July 3, and clarified that it was not his intention to disrespect anyone:

Hi everyone, I’m sorry for taking some time to respond to your feedback regarding a role I played in the recent Channel 8 drama series, My Guardian Angels. I’ve been using the time to reflect and gather my thoughts as I understand that I need to address this. I’m deeply saddened that the role I played has caused distress in the community and I’d like to emphasise that it was never my intention. I'm an aspiring actor and every opportunity given to me is precious. I do not mean to disrespect anyone in the process. Over the years, I have had the pleasure of working alongside very talented and professional LGBTQ individuals. Thank you for sharing your thoughts and feedback. I sincerely apologise and I will continuously strive to do better. I'm sorry.

We've reached out to Mediacorp for comments.