We might often hear about food waste, but this Singaporean startup takes unsold bread from bakeries to another level, by converting it into beer.

Speaking to Mothership, CEO of CRUST Group, Travin Singh told us that their beer product, which is made from bread that would otherwise be thrown away, is just the beginning of their journey.

With an ambitious mission of reducing global food waste by one percent by the year 2030, Travin tells Mothership that the company aims to maximise resources and reduce food loss.

The 29-year-old shared that the first few products that were launched by the team were beers made from excess bread from bakeries.

Travin told Mothership that this principle of always maximising resources and reducing waste was something he learnt from his mother, who used to keep leftover food at the end of the day and incorporate it into a dish on the next day.

A former navy regular, he shared that he pursued a part-time degree in business management while in the navy.

Travin shared that he started homebrewing beer in August 2018, before starting the company in April 2019 and launching their beer products to the market in September 2019.

The company has launched beers inspired by local tastes, such as Kaya Toast Stout, mango beer and beer brewed with locally-grown ulam raja, which is a medicinal herb.

Eager to move away from being labelled at a brewing company, Travin said that the company will be developing new beverages in the future, such as spirits, teas, sodas and tonics.

In addition to making their own products, the startup has been collaborating with food companies to reduce their food waste, by creating their own custom products.

One example of such a collaboration is with Tiong Bahru Bakery, which launched 'Beerguette', a pilsner-style beer created from unsold bread from the bakery. 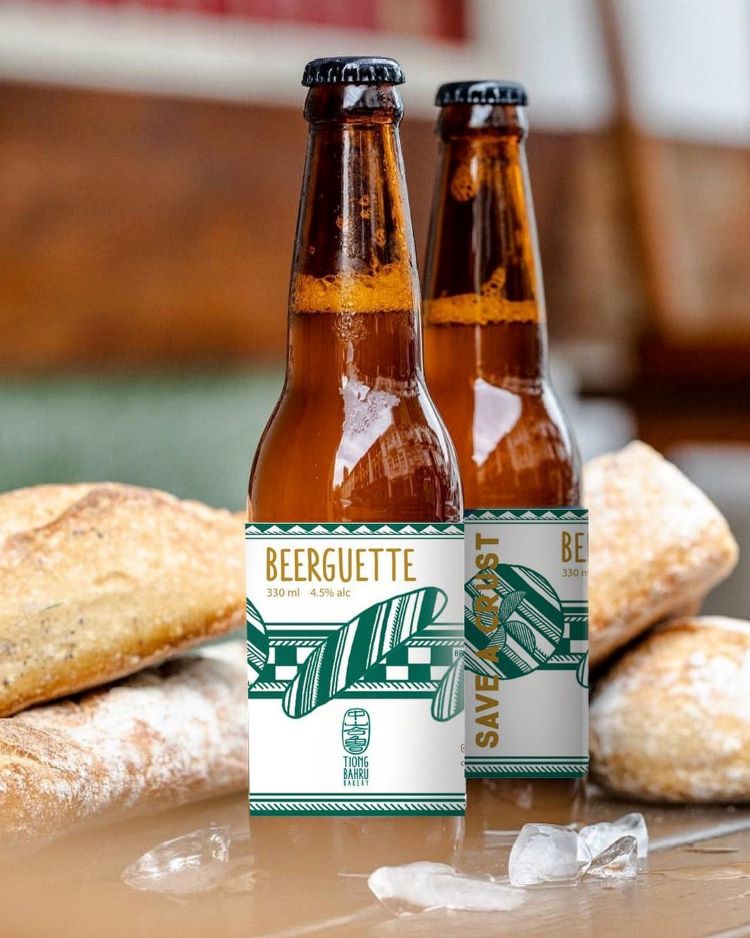 How Covid-19 has affected business for the startup

Before Covid-19, the team was selling their beers through bars and other businesses.

Some of their stockists include Alchemy, SG Taps, Smoke & Mirrors, Labyrinth and Native, which sell their beers from S$12 to S$17 per bottle.

During circuit breaker, when dining in was not allowed, the company turned to selling their products directly to customers through their website.

At the start of circuit breaker, Travin said that their website traffic was higher than usual but this slowly dwindled, especially when people were allowed to to dine out at eateries again.

One of the next steps the company will be taking is moving to a new facility sometime next month.

To facilitate the move, the startup will be having a flash sale of their beers on their website.

You can use the code FLASHSALE2020 to get 20 percent off their beers from now until August 15 through their online shop.

Opportunities in the future

According to the CEO, the team is looking for food scientists to join them and would like to have a more diverse team moving forward.

While they are mainly manufacturing in Singapore at this point, the team has colleagues in Japan and the United States.

In the future, the startup would like to expand outside of Singapore, with local production in the countries they expand to.

The hope is that products in each country CRUST will be in will have exclusive and localised products that are not exported or imported.