There's been much talk about the Singapore government's potential new contact tracing method -- a wearable device meant as an alternative to the TraceTogether app.

The development of the wearable contact tracing device was sparked by feedback that the TraceTogether app drained battery life, and was not as compatible with Apple devices and iOS.

This was mentioned by Foreign Affairs Minister Vivian Balakrishnan in Parliament on June 4.

He said that due to the feedback, download of the app has not been made mandatory.

Vivian stated that if the wearable device works, it will be distributed to all in Singapore.

Devices believed to be "unethical" and an invasion of privacy

The announcement of the device has led to concerns about the intrusion of privacy, with a petition against the devices set up on June 7 receiving over 31,500 signatures at the time of writing.

The petition, set up by one Wilson Low, stated that unlike apps on phones, the device will potentially be allowed to track a person's whereabouts, whether or not they are within the range of a cellphone tower.

"All that is stopping the Singapore Government from becoming a surveillance state is the advent and mandating the compulsory usage of such a wearable device. What comes next would be laws that state these devices must not be turned off/remain on a person at all times - thus sealing our fate as a police state."

Others lamented in the comments section of the petition that the wearable devices were inconvenient and a waste of money, and considered them to be "unethical".

Devices do not track one's location

As opposed to what Low and others believe, the devices do not track one's location as they are not connected to GPS or mobile internet.

The data will be encrypted in the device, and automatically erased after 25 days.

Only if the individual wearing the device is infected with Covid-19, will the data be retrieved by authorised contact tracers.

Vivian's comment was in response to one Justin Herson, who felt that the wearable contact tracing devices are "degrading", and would be putting Singaporeans on a "leash". 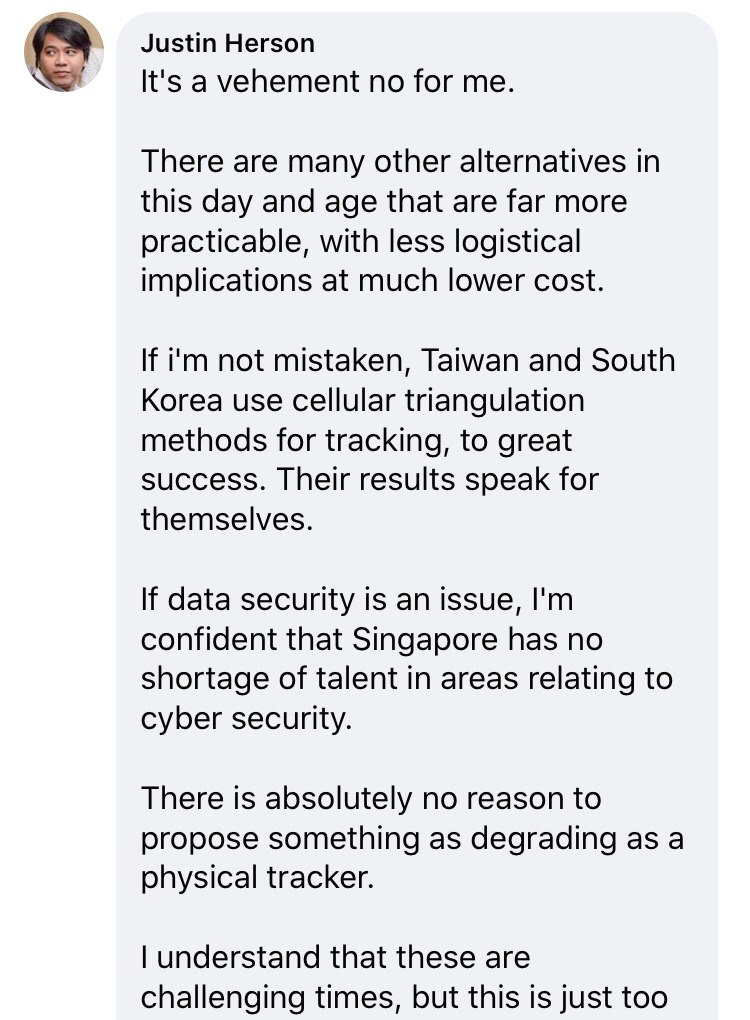 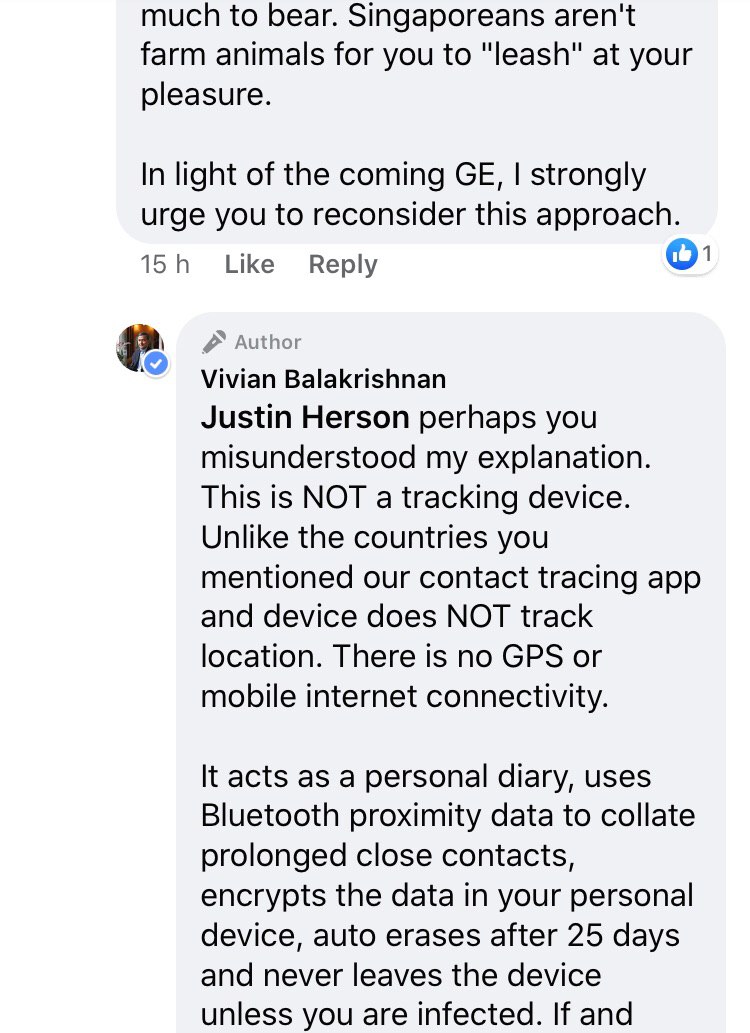 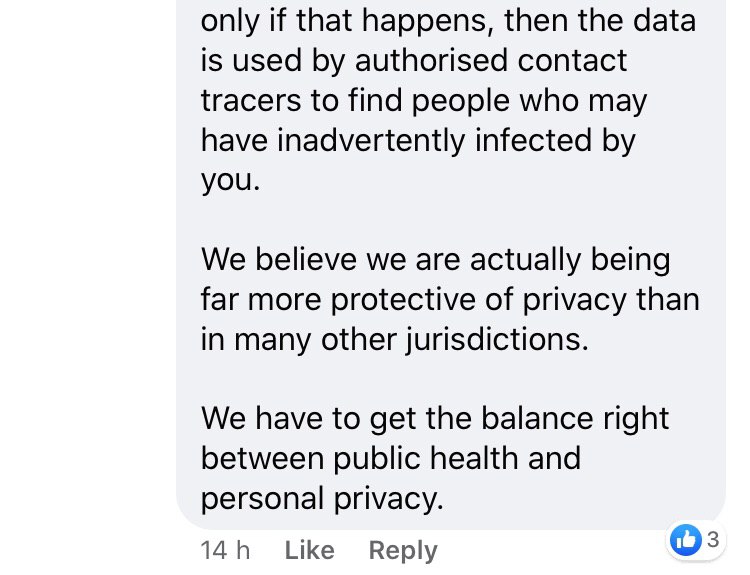 Vivian also raised the possibility of the wearable devices “inter-operating” with the TraceTogether apps. 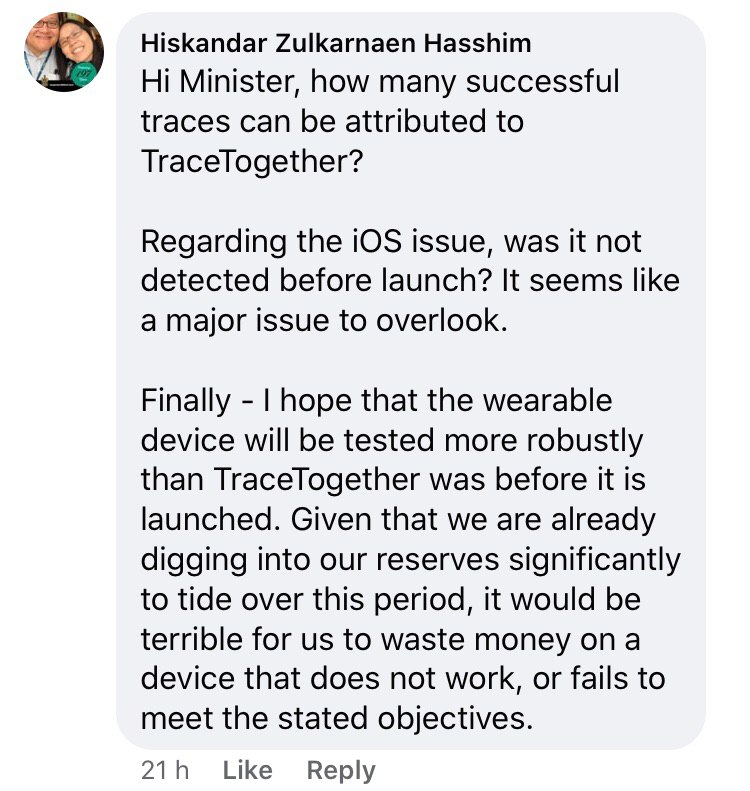 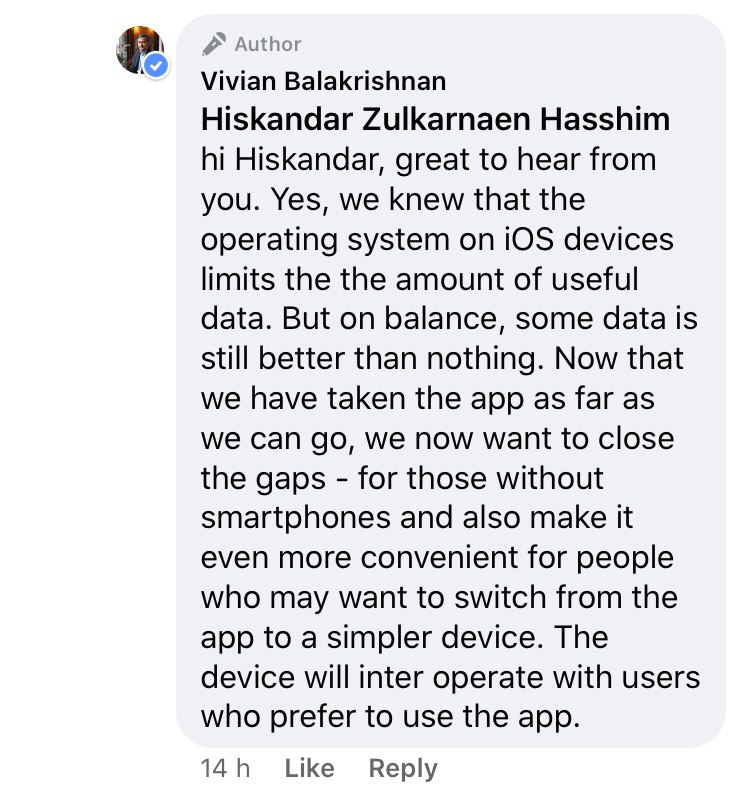 In response to another comment who urged for the devices to be incorporated into a smartphone function, Smart Nation Singapore explained that not all Singaporeans, especially elderly, might not have the access or know-how to operate a smartphone. 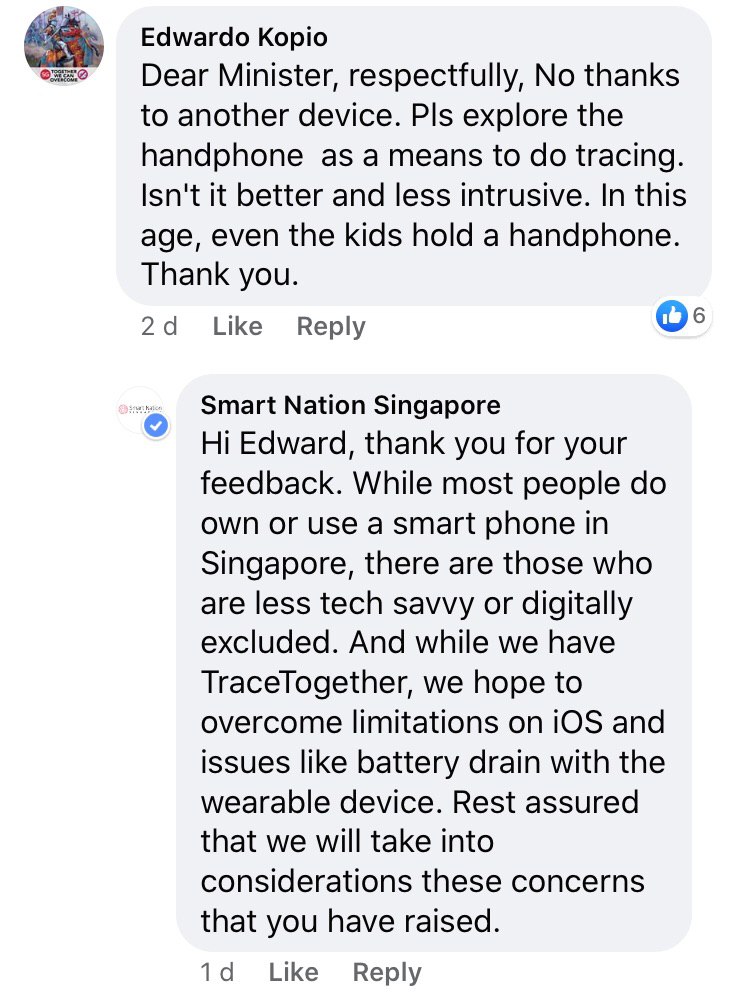 One Facebook user suggested the use of facial recognition to overcome certain drawbacks, such as the "intrusivity" or individuals forgetting to wear their device out.

However, Vivian stated that facial recognition could be an even greater invasion of privacy, where data would be stored in a central database as opposed to being encrypted on a personal device like the wearable contact tracing devices are. 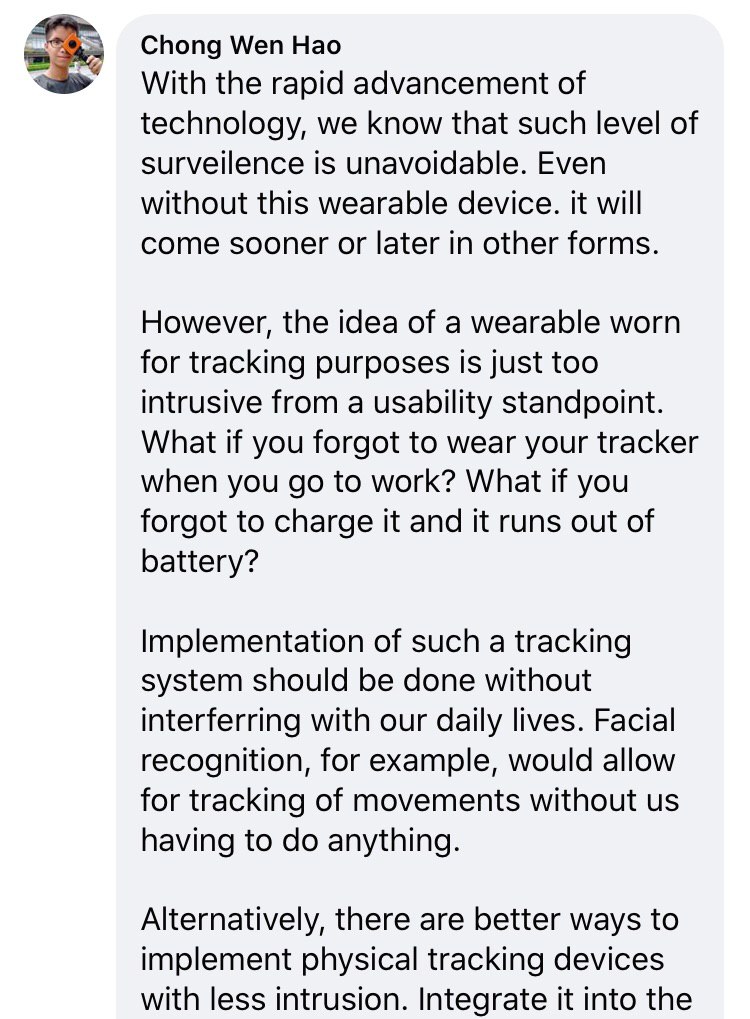