From June 30, a spectrum of GE2020 coverage will be available across Mediacorp's television, digital, social, and radio platforms in four languages.

Viewers will be able to keep up with nomination day (June 30) developments with news reports and livestreams across the platforms.

Certain bulletins, such as the news on Channel 5 and Channel 8, will also be extended each night for election coverage.

Two party political broadcasts are scheduled for July 2 and July 9.

Constituency political broadcasts — a new element in this election — will also be aired/streamed from July 3.

Details of the constituency political broadcasts will be shared after nomination day.

You can find the full schedule for GE2020 here: 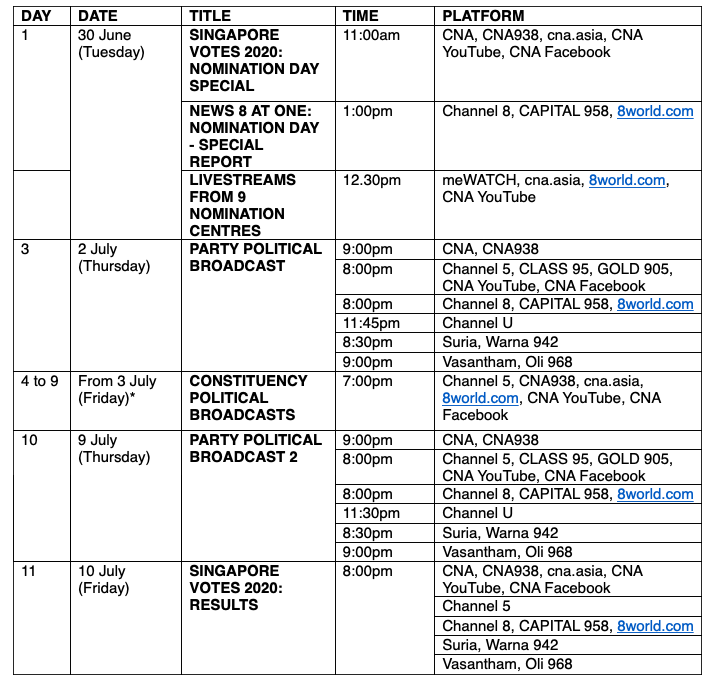