Tan, 50, had served as a brigadier-general with the Singapore Armed Forces before working as the chief executive of the People's Association.

And since his unveiling, accounts from Tan's 28-year career with the military have surfaced, painting a picture of a man who cared for his soldiers.

Here are some of them:

Calling Tan — among other things — "humble" and "friendly" to everyone, Facebook user Alvin Chua shared a video of Tan introducing himself along with an anecdote from when Chua was just a "two-month-old recruit". Tan had seen Chua walking out of camp and offered to give him a lift to Tan Tock Seng Hospital.

Marcus Ng wrote about how Tan was widely acclaimed to be "kind and great", and "a very hands-on and empathetic leader". 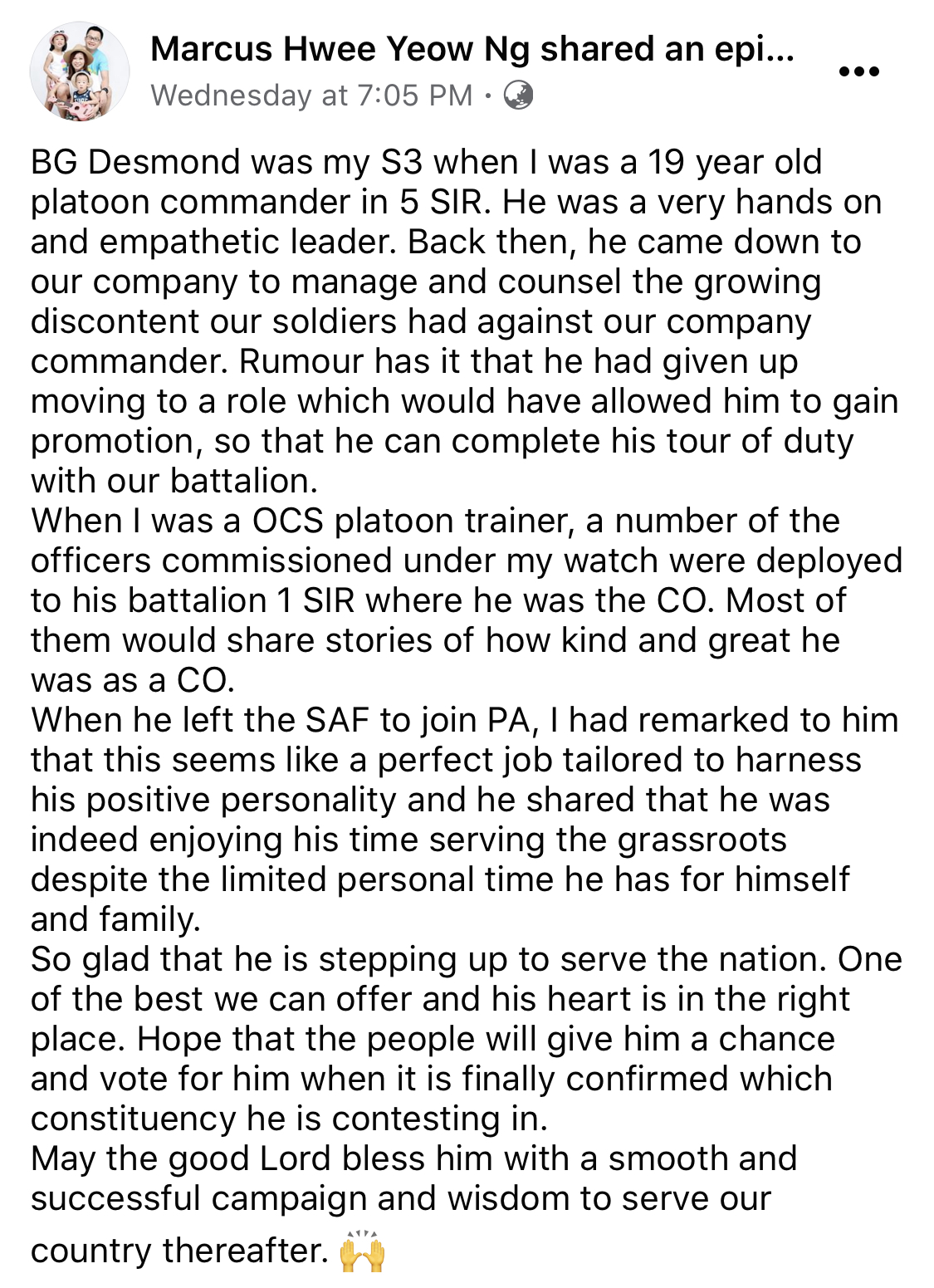 Another who had been under Tan's purview also waxed lyrical about the candidate's empathy and willingness to engage with subordinates. 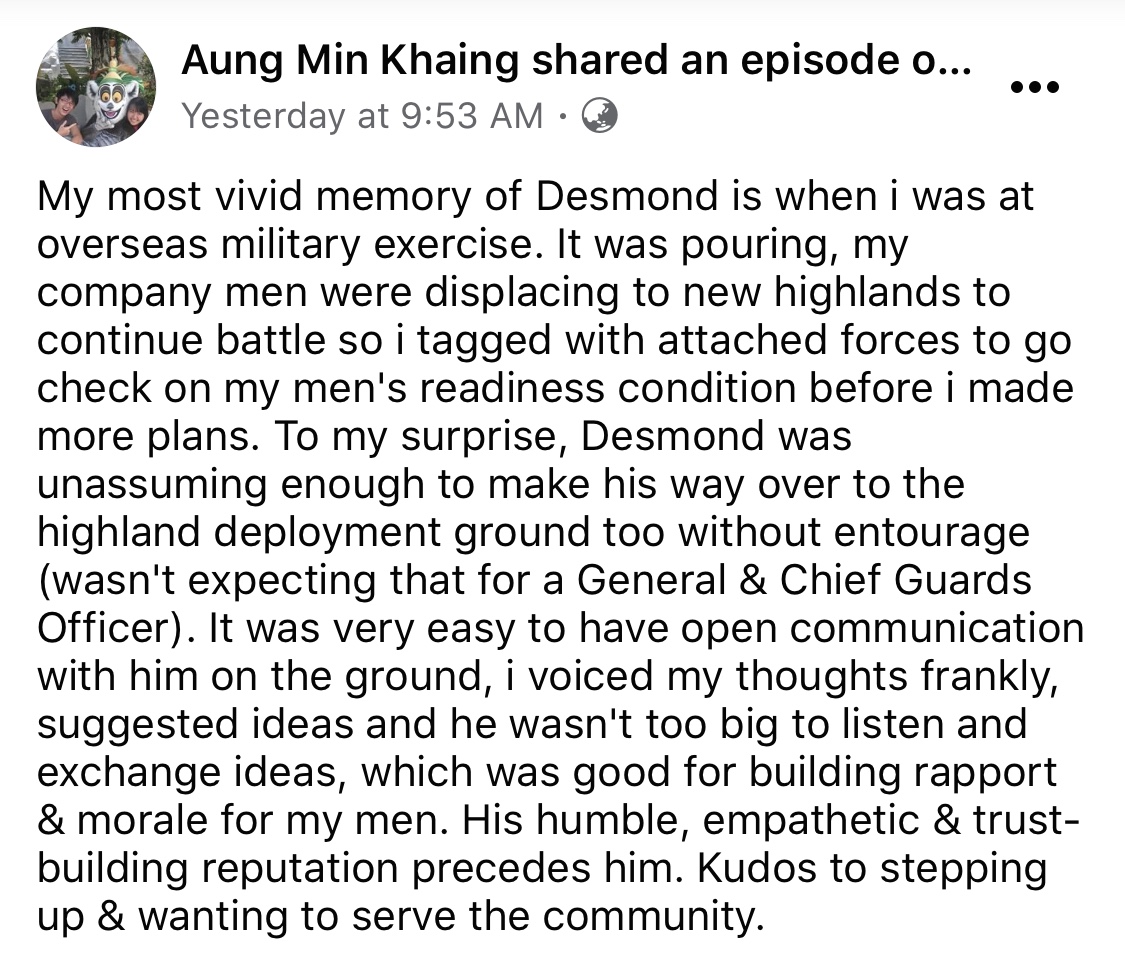 One lengthy comment saw a user named Kim Jun Hong describe how Tan had helped to pay for a S$200 fine that Kim had incurred while fulfilling his national service. 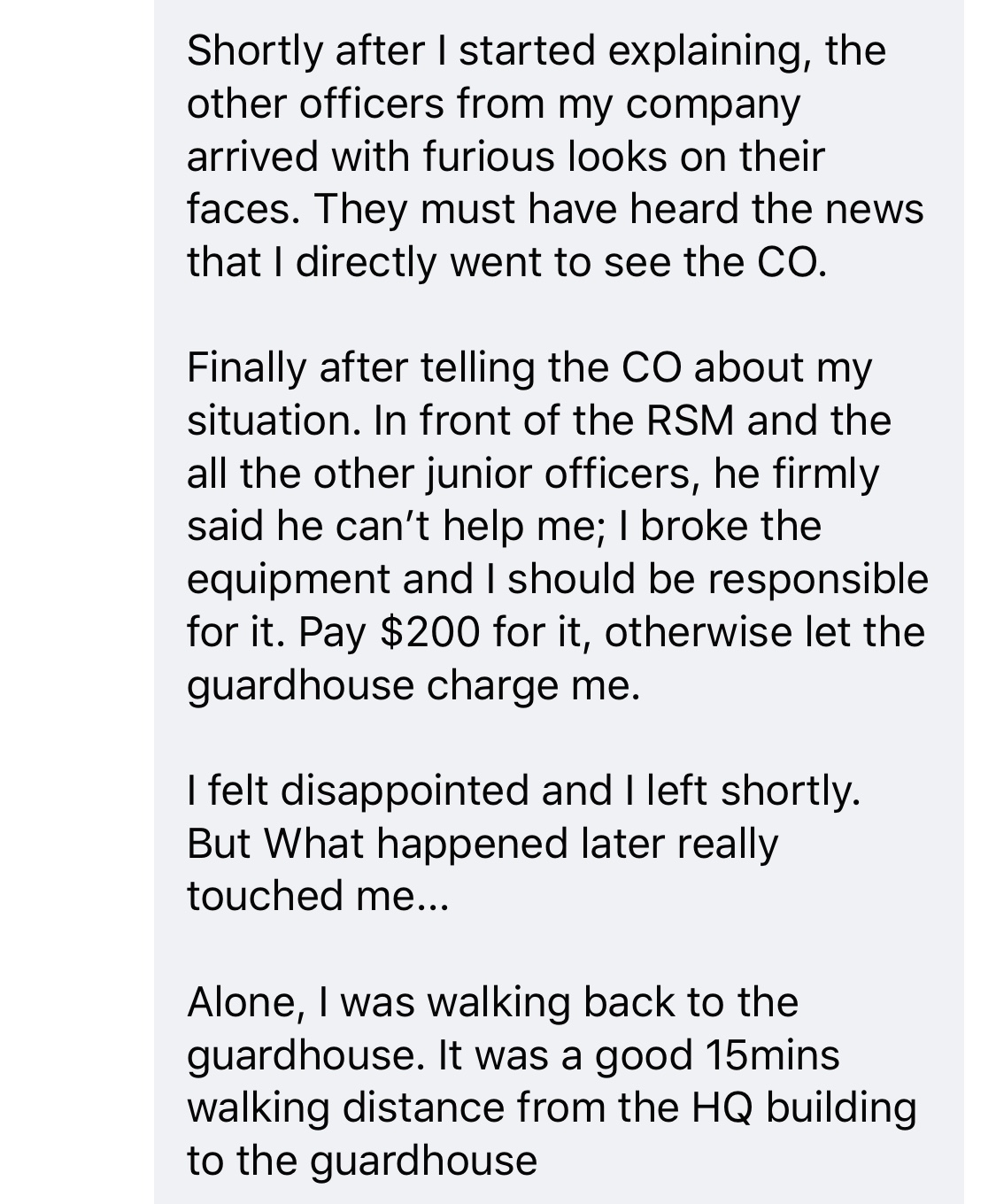 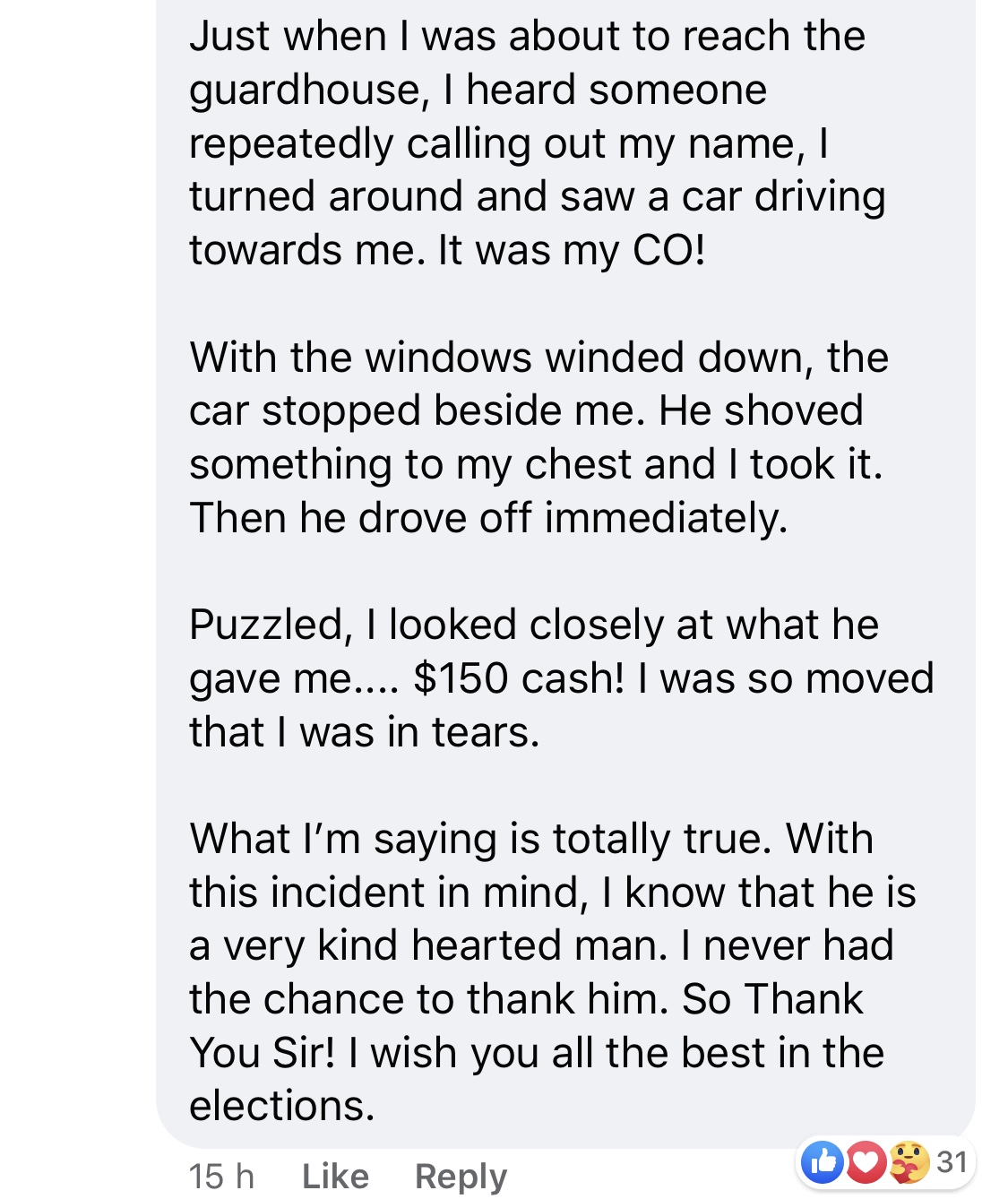 Kim said that he had damaged some equipment that required him to pay S$200 or risk getting in deeper trouble.

After pleading to no avail with his commanders, Kim apparently skipped the chain of command and asked Tan for help.

According to Kim, Tan gave Kim S$150 to foot the bill for the damage.

Having served as Tan's deputy in 1997, Felix Choo said that he often saw Tan working late into the night, and starting early the next day. "I've always known him to be a dedicated leader who cares for his men, driven and never waiver (sic) from his values," wrote Choo.

"I only have good words for him."

Good at football too

As if all this wasn't enough, one commenter wrote that he was familiar with Tan "from the football field". 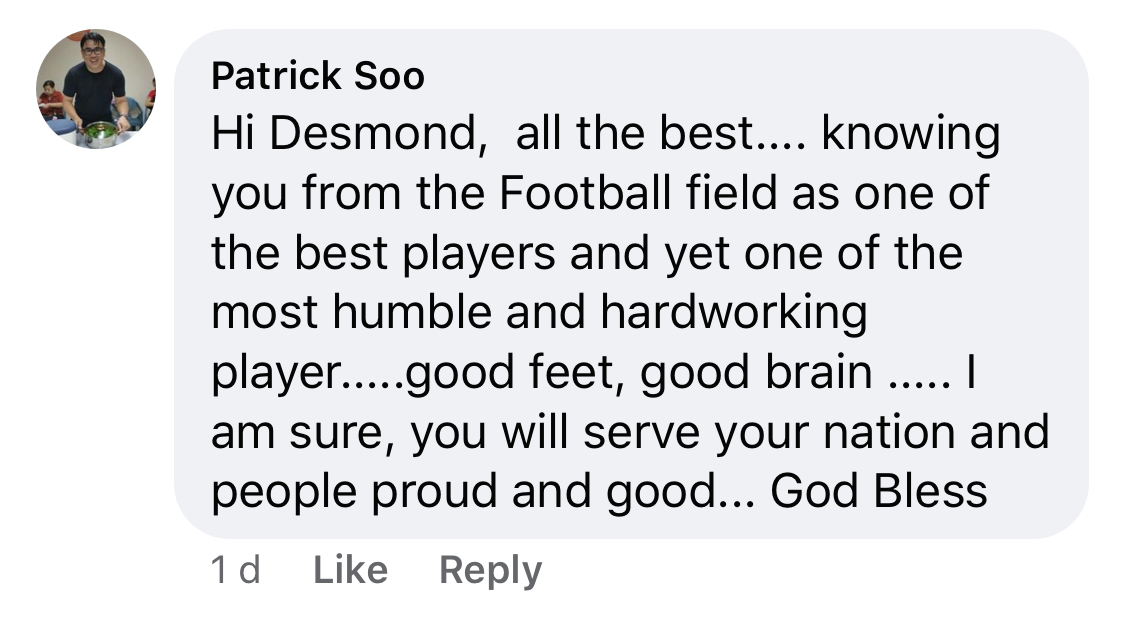 "Good feet, good brain," remarked Patrick Soo, after he called Tan "one of the best players".

At the announcement of his candidacy, Tan talked about his upbringing, and how he lived in a three-bedroom flat with 11 other family members.

"My father was a taxi driver, and I helped my mum in whatever ways we can to make ends meet."

One of these ways, said Tan, was to help her sell satay in the neighbourhood.

"I recall that to do the job well, I had to learn fast. And in that context, I also had to run fast — if you know what I mean."

The 50-year-old mentioned that he was married with three children and that he was interested in issues relating to social mobility, such as helping families and children in need.