Someone has allegedly been snapping photos of women at temperature screening stations and supermarkets, and then sharing them in group chats.

This was brought to light in a HardwareZone forum post on April 29.

According to user @Ahgong_warrior, the person behind the photographs works as a temperature screener.

This photo was taken outside of Cold Storage at Rail Mall: From the chat screenshot, it appears that he had the phone number of the female patron involved.

In this particular screenshot, he asked: 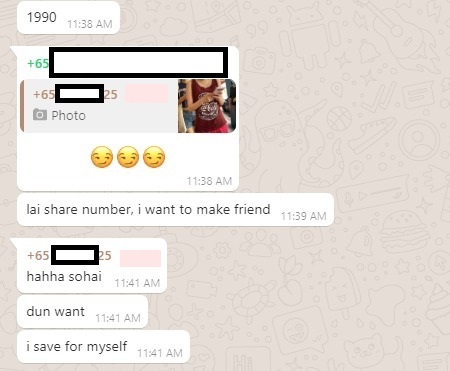 Other photos shared in the chat group involved patrons inside a Cold Storage outlet. 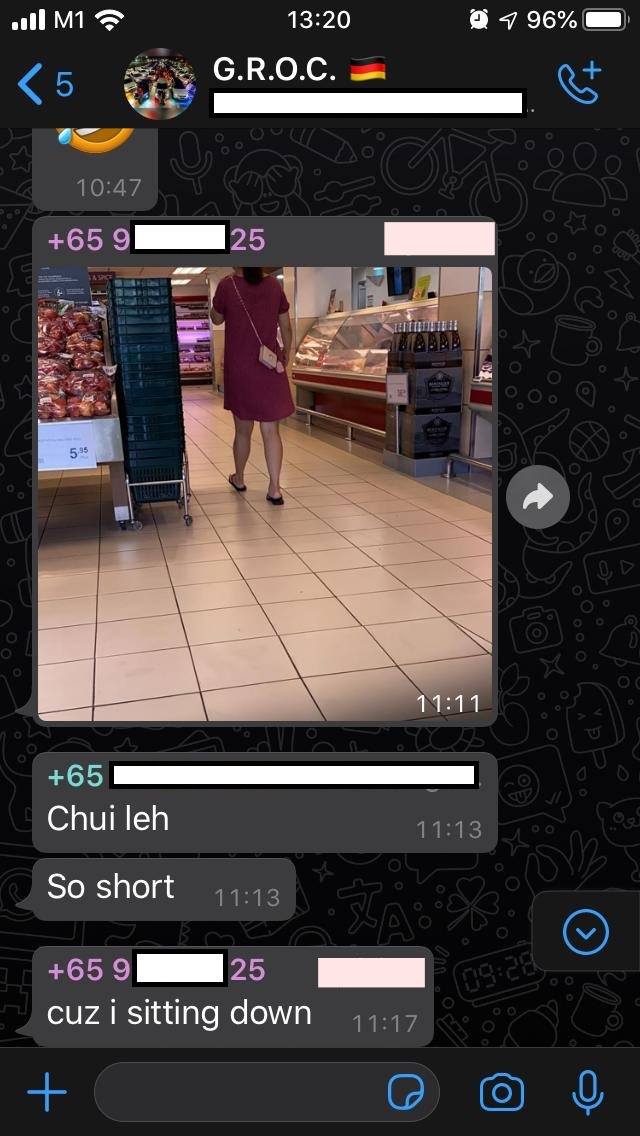 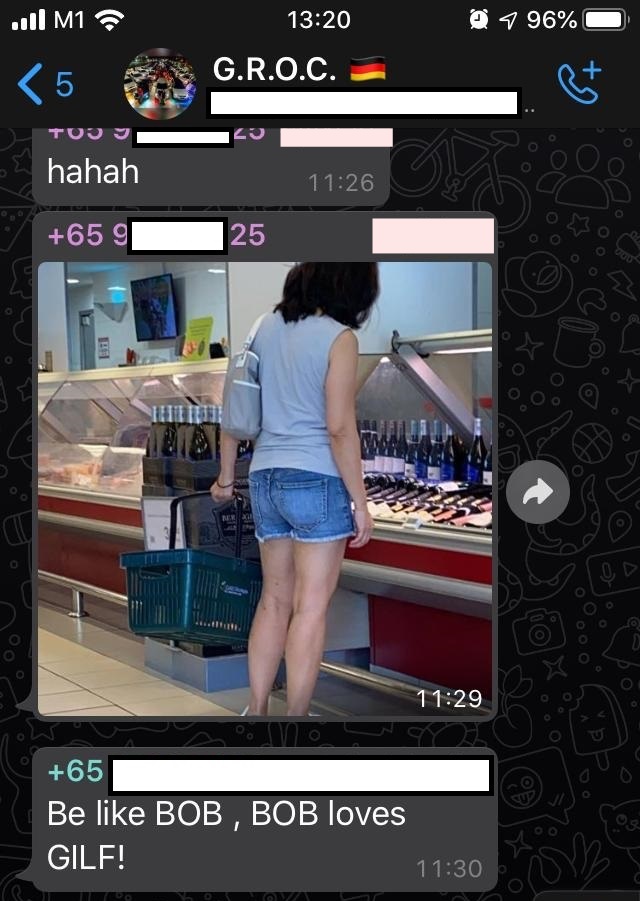 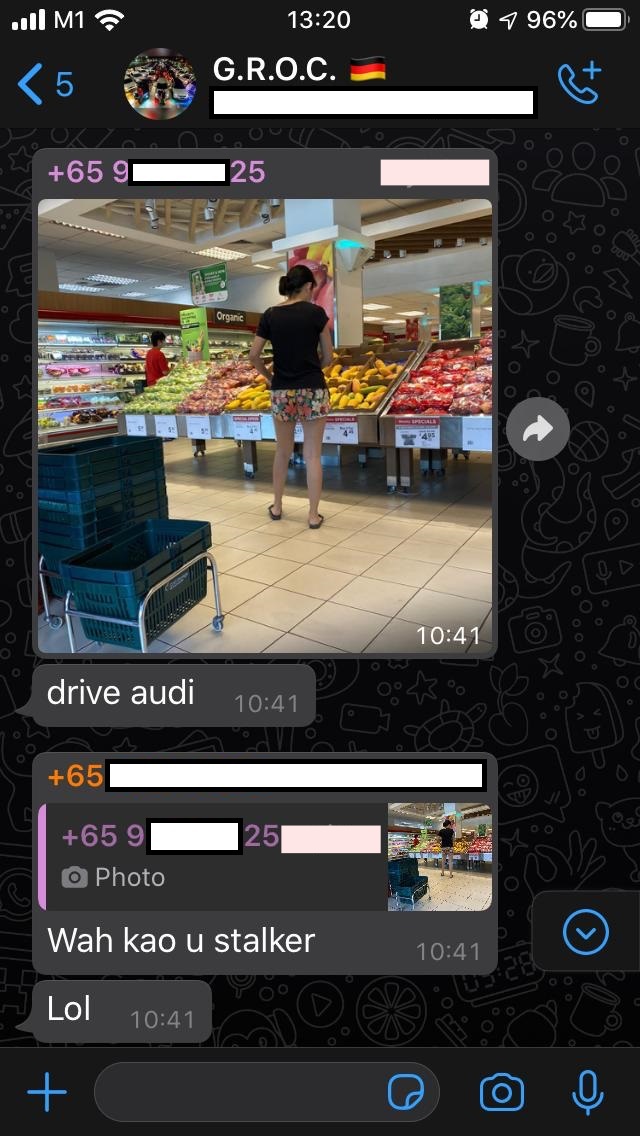 Taking someone's photos without their consent can be construed as a breach of privacy.

Several high-traffic malls and supermarkets have been advised by the Ministry of Trade and Industry to conduct contact tracing for their customers where reasonably practicable.

It is unclear if this Cold Storage outlet is one of them.

We have reached out to the police for their comment.