Hindu activists in India held a party to drink cow urine on Saturday, March 15 to protect themselves from the new coronavirus.

Members and supporters of All India Hindu Mahasabha staged fire rituals and drank from earthen cups in New Delhi to fight Covid-19.

The gathering was dubbed a "gaumutra party", where "gaumutra" means 'cow urine".

The Hindu-majority in the world's second most populous country of 1.3 billion consider cows sacred.

Drank it in front of reporter

Members draped in saffron clothes chanted Hindu hymns while others sang paeans for the sacred animal.

"We have gathered here and prayed for world peace and we will make an offering to the corona (virus) to calm it," Chakrapani Maharaj, the group's leader, told reporters before gulping down a cup of urine. 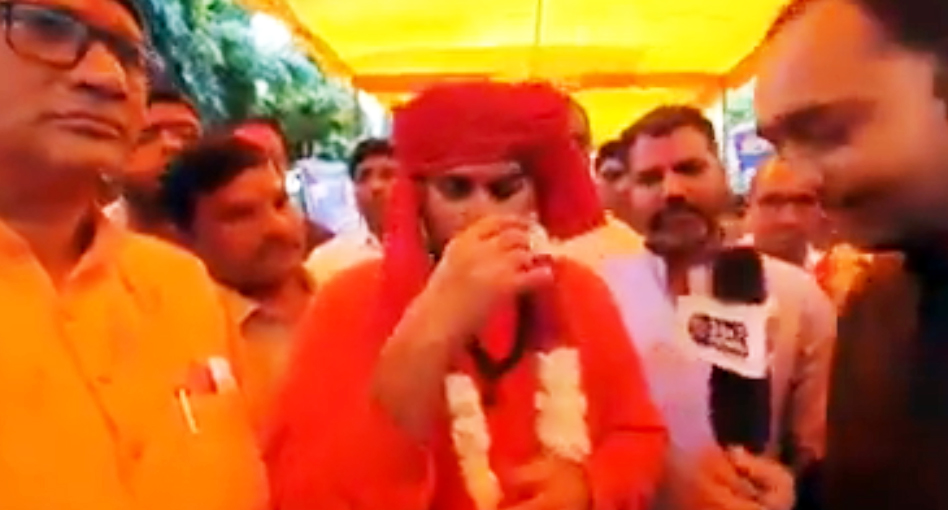 He then offered a glass to a devil-shaped caricature of the virus to "pacify" it.

He urged people to adopt the "tried and tested" practice of drinking cow urine to ward off diseases.

He also spoke against killing animals and eating meat.

Another participant at the event claimed: "The coronavirus is also a bacteria (virus) and cow urine is effective against all forms of bacteria that harm us."

One of the volunteers at the event said, according to AFP: "Whoever drinks cow urine will be cured and protected."

Devotees have claimed multiple times in recent years that cow urine is an elixir.

These claims have been dismissed as pseudo-science.

One legislator from the party suggested a week ago that the use of the urine and cow dung can cure the coronavirus.

Governments and scientists have said no medicine or vaccine is available at the moment to protect against Covid-19 that has killed more than 5,400 people and infected nearly 150,000 across six continents.

Two people have died in India.

So far, there have been more than 80 confirmed infections there.

The government has ordered the closure of some land routes into the country and cancelled all visas.