From Mar. 27, 9am, all travellers arriving in Singapore, including Singapore citizens and permanent residents (PRs), must submit a health declaration prior to proceeding with immigration clearance.

The Immigration and Checkpoints Authority (ICA) announced this new entry requirement in a news release on Monday, Mar. 23.

Applies to all travellers entering Singapore

It is an additional precautionary measure to mitigate the risk of importation of Covid-19 into Singapore, and will be subject to further review based on the global Covid-19 situation, added ICA.

The government had previously announced on Mar. 22 that all short-term visitors will be barred from to transiting through or entering Singapore, beginning Mar. 23 at 11:59pm. 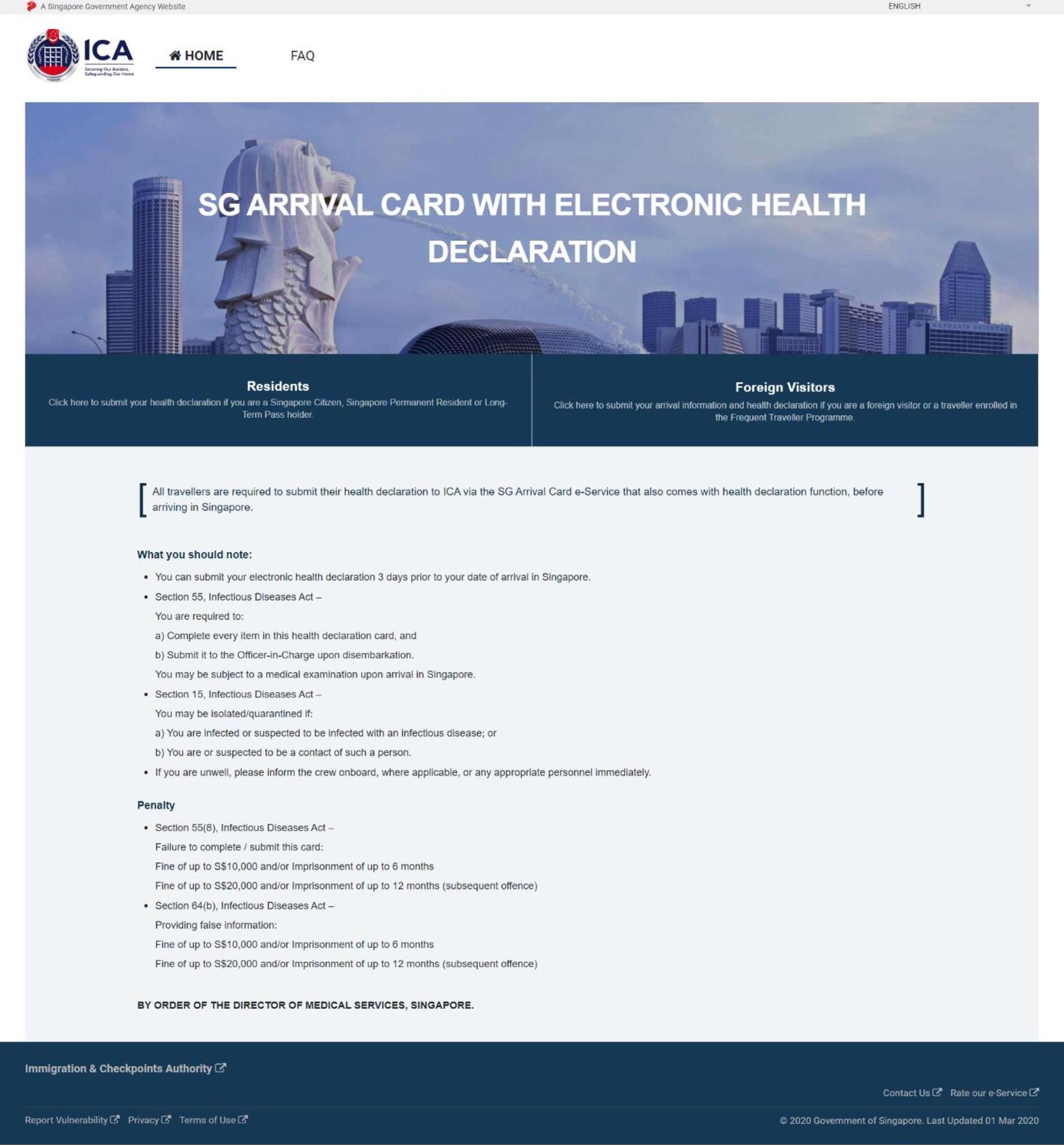 All residents and LTP holders who are submitting their health declaration will need to select “Residents” on the SGAC e-service.

They will then be directed to provide their health and recent travel information, as well as personal and contact details.

Those who do not submit their health declaration electronically prior to arriving in Singapore will be required to do so upon arrival at the checkpoint, which could delay their immigration clearance.

In the event that any traveller becomes a suspect or confirmed Covid-19 case, the data collected through the SGAC e-service will be used by the Ministry of Health (MOH) for contact tracing purposes.

The data will also be part of the traveller’s medical history for the reference of medical staff at local healthcare institutions where such travellers are being treated.

Those who make false declarations or fail to complete or submit the card will be liable for prosecution under the Infectious Diseases Act, which could be a fine of up to S$10,000 and/or imprisonment of up to six months for a first offence.

In the same news release, ICA announced separately that the paper-based disembarkation and embarkation cards will discontinue from Mar. 27, 9am.

Any short-term visitors entering Singapore once they are allowed to do so again in the future will have to provide their arrival and departure information via the SGAC e-service instead of the paper cards.